No means no, except to "Bachelor" star Arie Luyendyk Jr., who dumped his fiancée Becca Kufrin on camera, and then stalked her around the house. 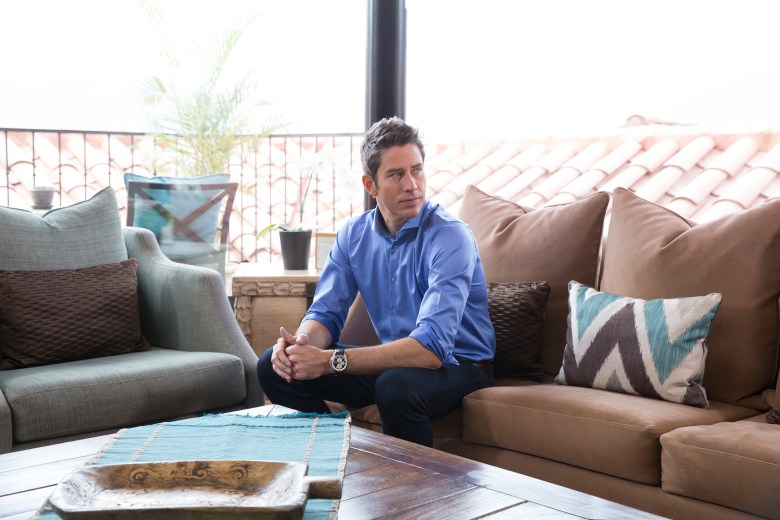 Few would accuse “The Bachelor” of being entirely realistic, but the March 5 Season 22 finale included one of the year’s most distressing depictions of a woman who cannot get away from an overbearing man. This segment lifted the curtain on one of ABC’s most profitable franchises, and can’t help but be seen through a dark lens in the era of #MeToo.

Background for the uninitiated: This season’s suitor is Arie Luyendyk Jr., who chose between two women in the season finale — sending Lauren Burnham home and proposing to Rebecca “Becca” Kufrin. Normally, the season would end there. But the finale took an extra hour to examine the rapid dissolution of their relationship, where Luyendyk decided he no longer wanted to marry Kufrin, but instead wanted to take a shot with Burnham. An asshole move, to be sure, but it’s a reality TV show, and ultimately nothing more than a “shocking twist.”

To cement his decision, Luyendyk brought a television crew to visit Kufrin, where he told her in real time that he wanted to call off the engagement in favor of the other woman. Two cameras caught both Luyendyk (who instantly became a villain) and Kufrin (who just as quickly became a victim) as they had an increasingly awkward breakup conversation.

The screen put their faces side-by-side, and showed a rare level of realistic emotion and grief from Kufrin, whose face seemed to melt in rage and grief. Even the most jaded hatewatcher would feel compassion for this deeply humiliated young woman. And from there, things went haywire.

After delivering some very appropriate profanity (“Are you fucking kidding me?” and “Oh my fucking God…this is fucking embarrassing”), Kufrin told Luyendyk that she was done talking and he should leave, and went to pack her bag. At this point, most men would take the hint and give their ex some well-deserved space; after all, he dumped her, and she doesn’t owe him anything.

But then Luyendyk, cameras in tow, followed her into the bedroom where she was packing, and continued to pursue her nonstop through the house: outside the bathroom door where she was hiding and crying, to the couch in the living room, and to all of the doorways, where he continuously blocked exits. As she asked him to leave and gave him explicit directions like “Don’t touch me,” he continued to wedge his much-larger frame in between her and doors, leaving cameras as the silent witnesses of a man doggedly pursuing a woman in tears as she continually tries to avoid him.

Watching the show — filled with countless verbal and physical cues that Kufrin wanted to be nowhere near Luyendyk — it was hard not to recall the accounts of many women against Harvey Weinstein. One of the allegations often leveled against Weinstein is how he would use his considerable size in order to block women from leaving his hotel rooms, which echoed loudly as Luyendyk couldn’t comprehend that this woman was saying no to his advances. While the context is decidedly different — Luyendyk’s desperation was for Kufrin to accept his apology, which she was in no way required to do — it was a cold example of a famous man trying to manipulate a women into doing his will.

It will be interesting to see how this move suits ABC in the long run. The dramatic episode earned season-high ratings, but it divided the largely female fan base, turning Romeo into a monster. In an age where clear consent becomes increasingly critical in all relationships, it’s impossible to ignore the question of what would have happened had the cameras not been rolling.

ABC has not released the breakup footage online, but click here to read a full transcript, and click here to watch the full episode on Hulu. “The Bachelor” reunion special “After the Final Rose” will air March 6 on ABC, and is set to feature Luyendyk, Burnham, and Kufrin.

This Article is related to: Television and tagged The Bachelor