The ABC medical drama reveals the dangers of not being able to read other’s motivations. 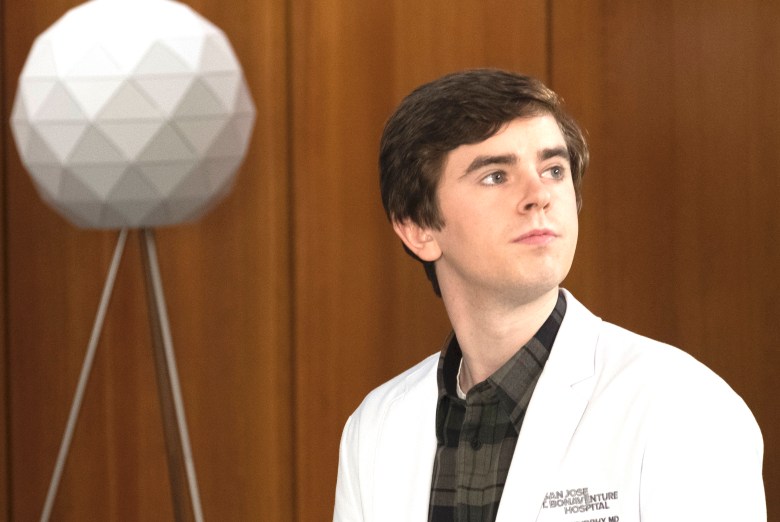 Maintaining relationships is already challenging enough for people who have autism, but they’re also often targeted for exploitation. On “The Good Doctor,” new neighbor Kenny (Chris D’Elia) has taken advantage of Dr. Shaun Murphy (Freddie Highmore) from the very beginning, and in last week’s episode, one of Shaun’s colleagues even pointed out he was being manipulated after he footed the bill for Kenny and Kenny’s girlfriend to go to an amusement park.

But Shaun is confused because Kenny has provided genial companionship for him in the past. They watch TV, eat dinner, and play video games together. Kenny once helped Shaun break into the apartment complex’s pool when he wanted a midnight swim. And Kenny, who has just gone through a breakup, even leaves Shaun a note in the morning: “Shaun, Thanks for being there for me. Your best bro, Kenny.”

While these are tangible examples of friendship Shaun can point to, he doesn’t see the more insidious ways that Kenny has been taking advantage of him, usually financially or for material goods. Kenny has used Shaun’s cable hookups, eats his food, and even straight-out admits he’s taken his money (but it was to order food for both of them, natch).

It’s only in Monday’s episode, when Shaun brings pizza to Kenny’s apartment to share, that he starts to actually realize that something is wrong. Not only is Kenny already holding his own March Madness party without inviting Shaun, but he’s “borrowed” Shaun’s TV without asking permission and rejects his company because his “quirks… [don’t] really jive with this kind of face time” with other people. Kenny then takes the pizza before shoving Shaun out the door. In short, Kenny is embarrassed by Shaun and only is “friends” with him when it’s convenient and advantageous. While this example may seem ridiculous (did he really have to take Shaun’s pizza along with his dignity?), it’s also relatively benign. Because people with autism have difficulty reading emotions and motivations, this makes them susceptible to being taken advantage of, or even worse, becoming victims of abuse, violence, or neglect.

The organization Autism Speaks outlines some ways to recognize and prevent abuse of people with autism. Those with families as strong support systems may have an advantage since those people can help interpret interactions and be on the lookout for signs of abuse. With that said, the community at large should also be on the lookout (as seen in the example with Shaun’s colleague) for everyday exploitation but also how authority figures can abuse their power and use it against those on the spectrum. It’s also important to note that it’s often a family member or “friend” — those closest to the person with autism — who is responsible for the abuse or exploitation.

“The Good Doctor” has shone a spotlight on some of the prejudices and misconceptions about people with autism, but this episode goes one step further to show that people with autism can also be vulnerable where they’re supposed to feel safest, in their homes and with people they trust. It’s easy to see why Shaun’s mentor Dr. Glassman (Richard Schiff) wanted him to have an aide to help navigate these situations, but at the same time, Shaun is not hopeless when it comes to the relationships he forges on his own.

In the same episode, Dr. Jared Kalu (Chuku Modu) thinks that an attractive patient might be interested in him, but is worried that it’s just a case of transference, that she’s grateful to him for his expertise. Not only does Shaun propose a solution — that Jared remove himself from the case so that he can date the patient without a conflict of interest — but he also steps up to become that patient’s doctor, thereby doing Jared a solid.

At the beginning of the series, Highmore said that he enjoyed playing Shaun because he’s essentially a good person with a positive outlook. This bears out in how he treats Jared with respect and consideration. While it’s been Dr. Claire Browne (Antonia Thomas) who has been one of Shaun’s greatest allies thus far, it seems that Shaun has earned himself another friend in the hospital. With each new interaction and new person who comes into Shaun’s orbit, that increases his chances of input that helps him navigate the world even better.

This Article is related to: Television and tagged ABC, The Good Doctor