The award-winning series returns to Hulu on April 25. 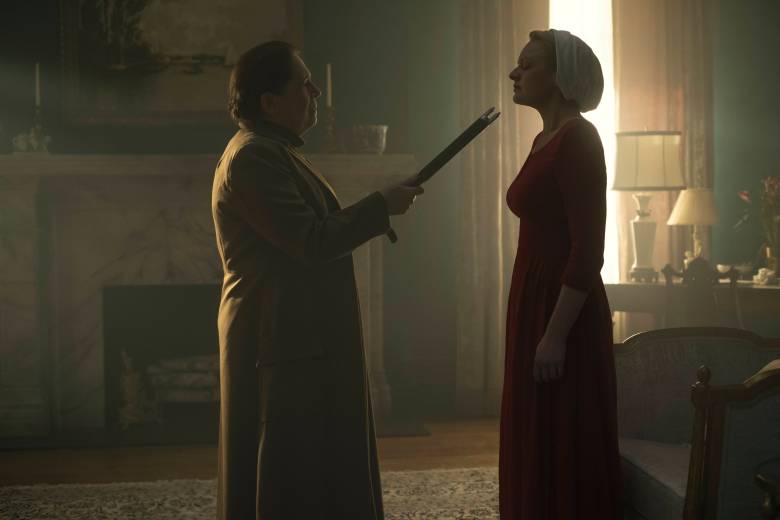 Now that it’s won every award under the sun, “The Handmaid’s Tale” is faced with a new task: avoiding the sophomore slump. Praise be to Elisabeth Moss, who has no intention of allowing that to happen as the acclaimed Hulu series returns for its second season. Watch a new teaser for said return below.

It begins with Moss narrating her continued misery: “Wear the red dress. Wear the wings. Shut your mouth. Be a good girl. Roll over and spread your legs. ‘Yes, ma’am. May the Lord open.'” Then, it’s as though Offred briefly becomes June again as she interjects: “Seriously, what the f—”

Here’s a synopsis that, like the teaser, is quite brief: “The Emmy-winning drama series returns with a second season shaped by Offred’s pregnancy and her ongoing fight to free her future child from the dystopian horrors of Gilead. ‘Gilead is within you’ is a favorite saying of Aunt Lydia. In Season Two, Offred and all our characters will fight against — or succumb to — this dark truth.”

“The Handmaid’s Tale” was the belle of the ball throughout awards season, winning both the Emmy and Golden Globe for Best Actress and Best Drama Series in addition to numerous other laurels. Joseph Fiennes, Yvonne Strahovski, Alexis Bledel, Samira Wiley, Madeline Brewer, Ann Dowd, and the rest of the main cast return for the second season, which premieres on Hulu on April 25.

This Article is related to: Television and tagged Elisabeth Moss, Hulu, The Handmaid's Tale, Trailers