The organization's members are outraged that the office of Cyrus Vance, Jr. allegedly gave special treatment to the disgraced former mogul. 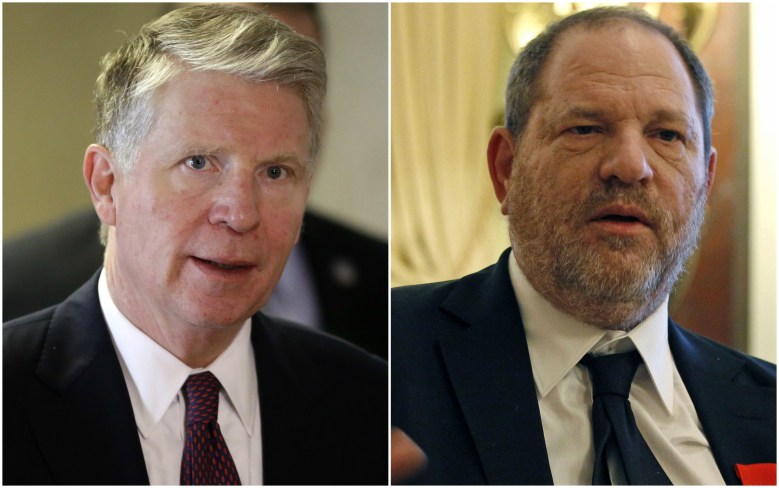 Today’s issue of New York magazine reveals that “deep-seated mistrust” between two supposed city law enforcement allies — the NYPD Special Victims Division and the office of District Attorney Cyrus Vance, Jr. — may have helped Harvey Weinstein evade prosecution for sex crimes. In response the story, anti-sexual harassment collective Time’s Up is imploring New York governor Andrew Cuomo to launch an investigation into Vance and his staffers, via an open letter published on The Cut.

The article, “To Catch a Predator,” explains that SVD Commander Michael Osgood “believed that Vance and his office were actively working to discredit” model Ambra Battilana Gutierrez, who filed a police report against Weinstein after he allegedly groped her in his Weinstein Company office in March 2015. Osgood initially oversaw Gutierrez’s case. After the DA’s office was notified of the complaint, Gutierrez was rebuked in the tabloids, and Osgood hid the victim in for five nights in various Manhattan hotels, shielding her from invasive questioning by Vance’s colleagues.

“A 22-year-old woman had come forward to accuse one of the most powerful men in Hollywood of sexual abuse, and the police decided she needed protection — not only from her alleged assailant, but from the elected official responsible for prosecuting him,” writes reporter Kathy Dobie.

Gutierrez helped the SVD by wearing a wire to a second meeting with Weinstein. In that recording, published by The New Yorker in October 2017, Weinstein brushes off her abuse claim with “I’m used to that.”

Michael Bock, a retired former SVD sergeant with knowledge of the case, remains incensed that the DA’s office chose not to charge Weinstein for assaulting Gutierrez. “They prosecute people for misdemeanors with far less probable cause than this,” he told New York,” repeatedly saying that Weinstein “should’ve been arrested.”

In its letter, Time’s Up representatives said they hope Governor Cuomo agrees that “Reports that District Attorney Cyrus Vance could have been improperly influenced by Mr. Weinstein and/or his representatives, and that senior officials within the DA’s office may have sought to intimidate Battilana are particularly disturbing and merit investigation.” The letter continues, “Reports that the New York Police Department chose to isolate Battilana from Vance’s staff because they feared his office was actively working to discredit her story demand immediate scrutiny.”

More than $21 million has been raised for the Time’s Up legal defense fund — advocating on behalf of workplace harassment and assault victims in various industries — since the initiative was announced January 1. According to the organization, a rift between Osgood and Vance’s staffs, “makes it even less likely that victims who have been assaulted by rich or powerful men will be willing to come forward and that their assailants will be prosecuted and convicted.”

On March 7, based on an interview with an unnamed NYPD official, The Daily Beast ran a story called, “The NYPD Is Ready to Arrest Harvey Weinstein. Will District Attorney Cy Vance Finally Agree to Let It?” More than 100 women have accused the Oscar-winning producer and studio co-founder  — who turns 66 today — of inappropriate behavior.

This Article is related to: Film and tagged Harvey Weinstein, Sexual Harassment, Time's Up