The veteran distributor shared extensive details about his company's lively first year and what the future holds. 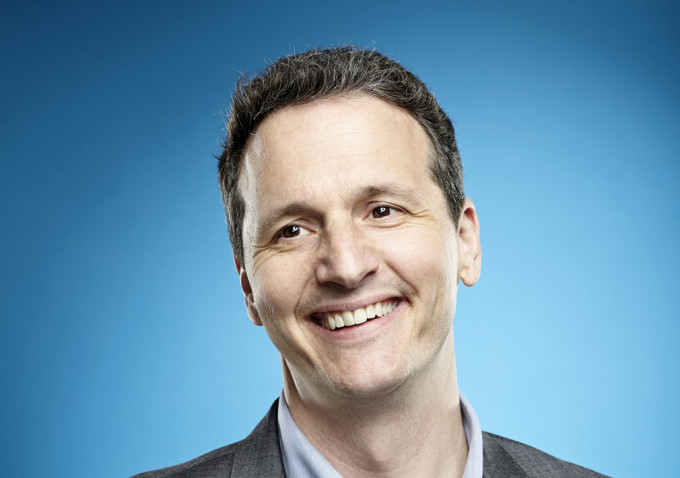 Even with decades of experience, NEON co-founder Tom Quinn knows the truth about film distribution: It’s not easy. “The world does not need another film distributor, and it’s a terrible business, as many investors told me,” he said, speaking at an event hosted by the Australian Screen Forum in New York this past week. “It’s so expensive that unless you’re going to build something that has a point of view, that can stand for something, I didn’t really feel the need to launch a company.”

Over the course of its first year, NEON’s goals came into sharp focus, in large part due to the success of “I, Tonya.” The company picked up the unconventional biopic for around $6 million at the Toronto International Film Festival, rushed it into awards season, and garnered a supporting actress Oscar for Allison Janney while the movie scored roughly $30 million at the box office.

It was also a triumph for the movie’s Australian director Gillespie and star Margot Robbie, which led the Australian Screen Forum to single out the release for a case study as part of its Lincoln Center gathering. (NEON, however, only released the movie in North America.) Over the course of an hour-long conversation, Quinn talked about broader plans for NEON, how “I, Tonya” caught him off-guard, and why Netflix has become an unexpected competitor.

NEON Can Do Movies Like ‘John Wick’ and ‘Citizenfour’

When NEON launched, many saw reverberations of the edgy brand already developed by A24. But Quinn said in the 10 titles that NEON wants to release each year, he believes that documentaries, edgy arthouse movies, and genre efforts could all live under its roof.

“These are movies that I want to work on,” said Quinn, citing “Citizenfour,” “Whiplash,” and “John Wick.” “They may have different audiences and certainly different business plans, but I felt a company of approximately 30 people can sustain each of those movies.” He added, “Ironically, the grassroots work that comes with a documentary feels like a lot like working on a small horror film with a rabid fan base.” NEON was one of the fiercest bidders on would-be hip-hop crowdpleaser “Patti Cakes” following its Sundance premiere. The company lost to Fox Searchlight, which bid $12 million; NEON would only go as high as $10 million. The movie proved to be a box-office disaster, pulling in about $1.5 million worldwide.

At Sundance 2017, Quinn said, he was confident that “Patti Cakes” was perfect for NEON. “I felt that the movie could launch this company,” he said. “It seemed to fit who we wanted to be.” It was his first major outing with NEON’s main investor at the time, Jackie Chan’s Hong Kong-based SR Media (30West bought out SR Media’s share at the end of the year). “They wanted us to make as big a splash as we wanted to,” Quinn said. “So we stuck with it, and through the course of the evening, the bidding got all the way up to $10 million. I essentially asked the team, ‘Let’s all vote,’ and the team said, ‘Let’s do it.’ I’m very happy we didn’t get the movie.”

He had some ideas about why the movie’s release didn’t go so well. “I think the movie only works for a very small sect of barely one quadrant, and while it’s a smaller pool, we would’ve owned that pool,” he said. “We would have approached the marketing on ‘Patti Cakes’ for only that audience.”

At Sundance 2017, Netflix reportedly made a $6 million offer for NEON’s summer box-office success, “Ingrid Goes West,” and also made a competitive bid on “I, Tonya” out of TIFF for a higher sum than the company that eventually won the film. “My biggest competitor this year for almost all the movies that we’ve done turns out to not be Annapurna, or Fox Searchlight, or A24, which I thought would be the case,” he said. “It’s been Netflix. Netflix is my biggest competitor.”

One element that helped Quinn prevail was all of those filmmakers wanted to be seen in the theater. “I don’t think that the same success and or the end result would have happened with the Netflix release,” he said. “The transactional value for film is diminished. It’s an all-you-can-eat buffet, you can dip in and out, and if don’t like [a movie], you move on. This is the one sort of crystallizing moment for me in building our business plan — film is dependent on its transactional value in order to succeed, thrive, to compel, to challenge.” He pointed to the success of an A24 title, the Oscar-winning”Moonlight.” “I started running through what would have happened to ‘Moonlight’ had it appeared as an available movie at Sundance and sold for $18 million,” he said. (“Moonlight” was produced by A24 and premiered at Telluride.) “I don’t believe that movie would have ever become what it ultimately became, and that’s because how long would a majority of the people who saw that film have given it on Netflix — as opposed to getting up and going to your local theater, sitting down, and committing yourself to watching that movie?”

Similarly, he was frustrated with Netflix’s day-and-date release of “Okja,” from Korean director Bong Joon Ho, whose previous film “Snowpiercer” was a Radius release. “I love ‘Okja,’ it’s like a live-action ‘Totoro,’” he said. “I watched it with my daughter on an iPad and she I loved it, I loved it, but it was meant to be seen on a big screen. It was neither an awards contender, nor I think, a real success. And I think that movie getting launched as a crossover wide release, it would have built momentum, it would have been a part of I think the cultural fabric, and it’s very hard to determine where that even starts within the ecosystem of Netflix.”

Page 1 of 2
Continue Reading: ‘Netflix is My Biggest Competitor’: NEON Founder Tom Quinn on Making ‘I, Tonya’ Into a Hit and the Company’s Future

This Article is related to: Toolkit and tagged Neon, Netflix, Tom Quinn