Jared Leto has nothing on Tommy Wisaeu. 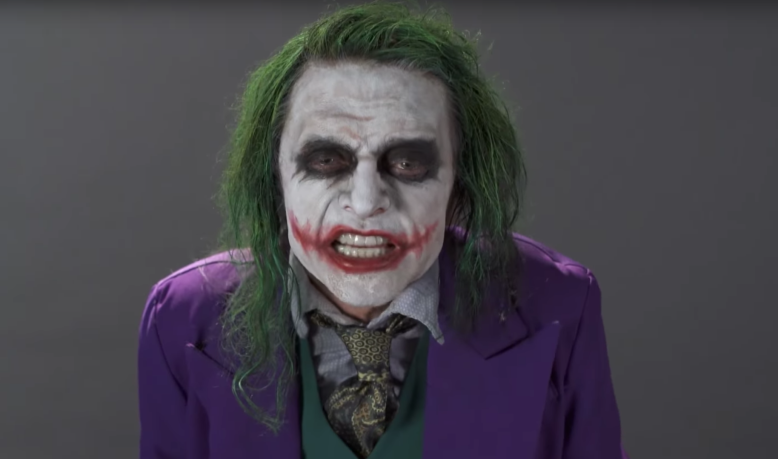 Tommy Wiseau announced last month he was interested in playing The Joker in Warner Bros. and Todd Phillips’ upcoming standalone movie, so naturally the Nerdist video team asked him to make an audition tape for the highly coveted role. The result is a nearly three-minute clip that fully delivers on the idea of Wiseau taking on one of the most psychopathic characters in comic book history.

Unfortunately for Wiseau, it appears Joaquin Phoenix is the early frontrunner to play Phillips’ Joker. The film is a prequel that tracks the character’s rise in the criminal underworld and is said to be going for the same atmosphere as Scorsese’s “Mean Streets” and “Goodfellas.”

This Article is related to: Film and tagged The Joker, Tommy Wiseau