Not every kid gets the opportunity to work with one of the greatest living auteurs in cinema. 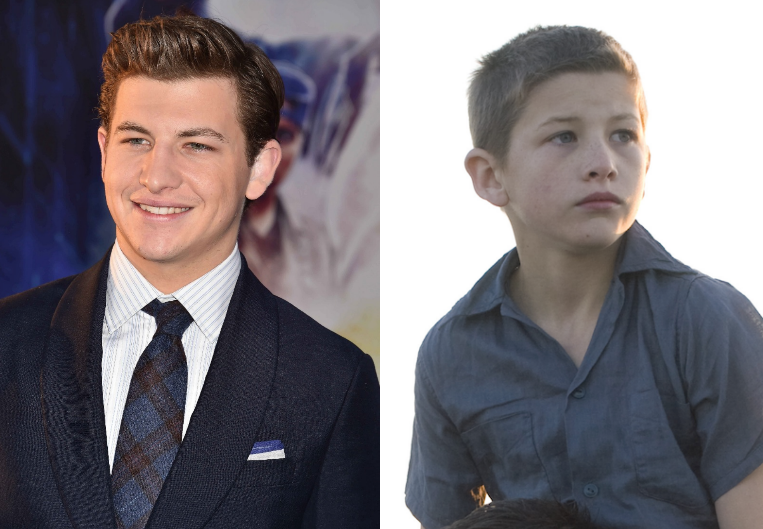 Tye Sheridan is front and center in Steven Spielberg’s new blockbuster hopeful “Ready Player One,” but the movie is hardly the first time the young actor has worked with one of the greatest living directors in cinema. Sheridan made his feature acting debut in “The Tree of Life,” and he shot Terrence Malick’s magnum opus when he was only 11 years old. As the actor explains on Variety’s Playback Podcast, working with Malick on his first film set a very unusual precedent.

“That was my first experience ever on a film set,” Sheridan said. “The fact that I never saw a script and I didn’t know what we were shooting until literally the moment we arrived on set, for me, I thought that was normal when I was 11 years old working on this movie.”

Sheridan eventually learned on subsequent film projects like Jeff Nichols’ “Mud” and David Gordon Green’s “Joe” that Malick’s free-flowing, spontaneous directing style was not the industry standard, which only made the experience more formative. The actor told Variety that being shaped as an actor under Malick’s eye taught him never to be tethered to a certain line or acting style because at any moment the film could change.

“What I retained from that experience is, it’s good to rehearse and work things through, but when you overwork something and you dig yourself so deep and invest yourself in one style, it’s hard to dig yourself out,” Sheridan said. “Working on Malick’s movies, he allows you to do so much and go to so many places. Sometimes you’re on set and you’re shooting a dinner scene and all of a sudden he sees birds out the window and he just wants to shoot that. He’s fascinated by capturing moments that are extremely hard to capture.”

Sheridan remembered one “magical” scene where Malick’s camera went off script to capture a butterfly landing on Jessica Chastain. “I still remember at 11 years old watching that happen in front of me,” he said. “There are things like that and they only happen in his movies. Not a lot of other directors can bottle that up.”

“Ready Player One,” now playing in theaters nationwide, is Sheridan’s second major studio tentpole after his role as Cyclops in “X-Men: Apocalypse.” He’ll reprise the character in Fox’s next “X-Men” film “Dark Phoenix,” which will be released in theaters February 14, 2019.

This Article is related to: Film and tagged Ready Player One, Terrence Malick, The Tree Of Life, Tye Sheridan