With "Acrimony" coming out this week, Perry continues to be a divisive figure in black cinema. 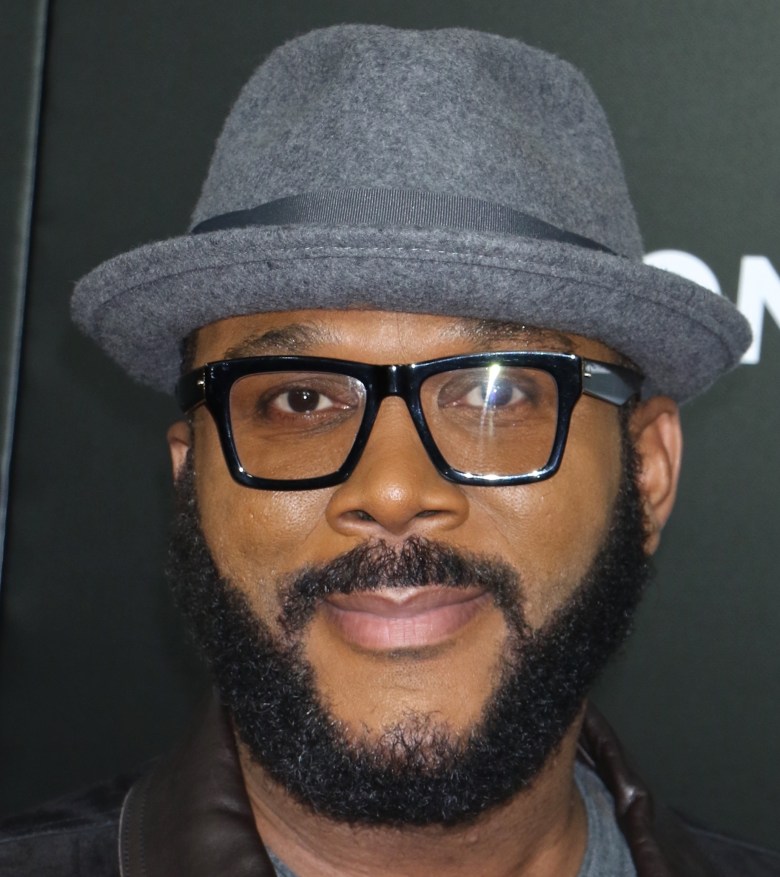 More than a who’s who of black Hollywood, this is a list of black creatives who have worked with writer-director-star and media mogul Tyler Perry. Even global cinematic juggernaut “Black Panther” connects back to Tyler Perry Studios, with part of the film having been shot at his Atlanta studio sound stage.

You would be hard-pressed to find a black creative who doesn’t similarly connectk to Perry in some way. Directly or indirectly, the multi-hyphenate media mogul has been an innovator of black cinema for the better part of the last 20 years.

Largely removed from the Hollywood machine, Perry founded a studio where he produced, directed, and wrote 20 films, eight television shows, and a myriad of other projects in all forms of media. Yet he remains maligned and derided by critics and many Hollywood insiders.

I’m by no means a Perry “stan,” but I also can’t hate on him because I simply can’t knock the hustle. All of Perry’s films are profitable. They celebrate stories that Hollywood largely ignores, and he continues to showcase A-list and up-and-coming black talent. Yes, I know, his problematic depiction of minority characters leave many (including myself) cold on his brand, but the stats don’t lie.

Critics and members of the African-American community have derided Perry’s films for amplifying negative or stereotypical images of black identity, with Madea — Perry’s characterization of a loud, gun-toting, bible-beating southern woman, and the centerpiece of his Madea-verse — often manifesting as their most obvious target. When asked about Perry in 2009, Spike Lee said, “Each artist should be allowed to pursue their artistic endeavors, but I still think there is a lot of stuff out today that is coonery buffoonery.”

Lee has since walked back his comments, but he’s not the only member of the African-American community to call him out. Jamilah Lemieux, in an open letter to Perry, was more even handed with her critique. She thanked Perry for giving ‘Black folks jobs in front of and behind the camera,” but went on to criticize his shows for featuring “old stereotypes of buffoonish, emasculated black men and crass, sassy black women.”

While I do agree that some of the Madea films can be boiled down as simplistic caricatures of black culture and crude comedy, they are not wholly without merit. “For Colored Girls,” “Diary of A Mad Black Woman,” and “I Can Do Bad All By Myself” all feature complicated and authentic black women, with storylines centering on black female identity. Furthermore, a critical consensus on quality never has automatically translated to a built-in audience. For every Madea film that debuts at number one, there is a critical darling that never achieves distribution or attention.

Few directors can predict their audience will follow them from project to project like Perry can, and he is well aware how supportive his audience is of his work. When asked about Lee’s comments, Perry said, “It’s attitudes like that that make Hollywood think that these people do not exist, and that is why there is no material speaking to them, speaking to us.” And in that respect, he is not wrong; Perry’s fanbase consistently show up to buy tickets, often surpassing the box office projections, proving how he rightfully caters to an underserved audience.

This week, he returns to cinemas with “Acrimony,” starring Taraji P. Henson. It’s unlikely to top Steven Spielberg’s “Ready Player One” or even the second week of John Boyega’s “Pacific Rim,” but it has a fighting chance to debut at number three. This kind of box office pull puts Perry and his work in a precarious position: Can we celebrate his success while still calling out his films’ problematic elements?

This situation, the so-called “The Tyler Perry Effect,” was examined for a thesis on black media 2011. In it, Nicole E. Jackson polled various African Americans on their exposure to Perry’s work. She then asked respondents if they found the work adversely affected how they viewed black identity and black culture. In the end, she concluded that Perry’s work is considered more beneficial than harmful to viewers’ racial identity or experience.

It’s unlikely that her thesis would produce similar results if it included non-black viewers, but it’s worth noting how the intended audience views Perry’s work, with his professed focus on making films for black female audiences. His films are not flashy, they don’t use a ton of CGI, they’re cost effective, and this formula is working. Seven of the last eight Madea films opened with over $20 million at the box office.

As a black woman, I’m Perry’s intended audience, but I don’t enjoy most of his work. The Madea movies are just not my cup of tea. I would much rather watch “Love Jones,” “Love & Basketball,” or “Girls Trip” before any Madea movie … but I will head out to see “Acrimony” this weekend. My primary motivation is to see Henson chew the scenery like only she can, but I will be there, in any case.

I guess this leaves me somewhere in the middle of the spectrum on The Tyler Perry Effect. While I fail to connect with, or even thoroughly trust, Perry’s films, they regularly ensure that black faces (and especially black women’s faces) remain on big screens, movie posters, and casting calls. So if that also means his films take precedence at my family’s cookouts in lieu of “Dope” or “Medicine for Melancholy,” I’ve begrudgingly made my peace with it.

This Article is related to: Film and tagged Acrimony, Tyler Perry