The popular Twitter and YouTube star reached out to co-writer Mark Duplass over social media — now she's starring in one of the festival's most disarming offerings. 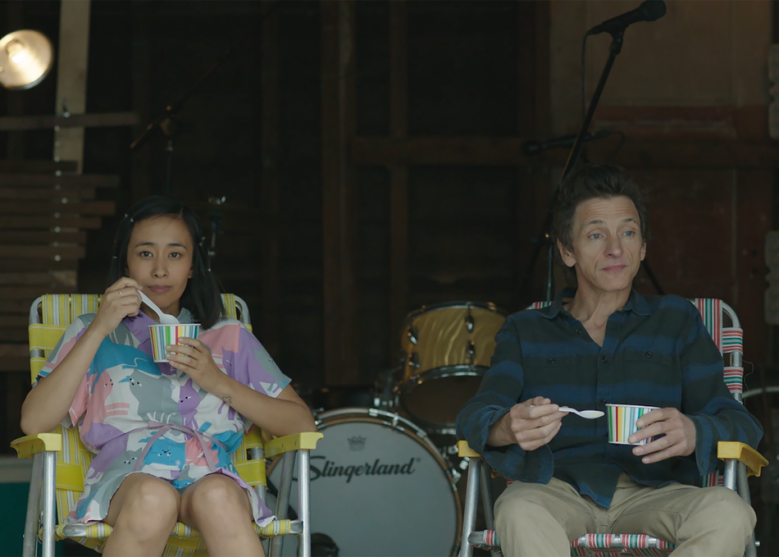 Within the first five minutes of Suzi Yoonessi’s unexpectedly charming sex addiction dramedy “Unlovable,” the film’s endearing leading lady attempts to kill herself. Joy (Charlene deGuzman, who also co-wrote the film’s script) doles out the niceties, introducing herself, indulging the audience in some of her favorite pastimes, confessing to having a “gaping hole in her soul,” all before penning a suicide note that puts it pretty succinctly: “She died doing what she loved: wanting to DIE.” Of course, she doesn’t die (where’s the movie in that?). Instead, she pukes up a candy-colored mix of cough medicine and cake, the worldview of “Unlovable” in a gloppy nutshell.

Joy is a love and sex addict who is often driven to drink when things aren’t turning out her way, and once she starts drinking, she’s prone to indulging her other bad habits. Soon, she’ll lose everything — her job, her boyfriend, her home, her grip on reality — but the trick of “Unlovable” is how it packages dark topics into a disarmingly light package. Written by star deGuzman and fellow filmmakers Mark Duplass (who also executive produced the film) and Sarah Adina Smith, the film is loosely based on deGuzman’s own experiences with addiction and recovery. The desperation of Joy’s situation is plain — and, given deGuzman’s closeness to the material, often quite raw — and effectively illuminated by the parting words of Joy’s last boyfriend, who attempts to end the relationship with just two words: “Get help.”

The film marks Yoonessi’s return to feature filmmaking after nearly a decade away, though she’s kept busy since her charmer “Dear Lemon Lima” hit the festival circuit in 2009, thanks to turns behind the camera on a series of shorts and the go90 TV series “Relationship Status.” Joy’s job on a cheesy kids’ show and her interest in kiddie-cute clothes and just tons of stuffed animals feeds into Yoonessi’s unique aesthetic, juxtaposing neon-colored imagery against the film’s darker undercurrents. The film is deGuzman’s feature debut, but she’s already well-known in social media spaces thanks to her viral Twitter account (she first reached out to Duplass via a DM, of all things) and her numerous YouTube shorts inspired by her most popular tweets. It’s a natural pairing, and one that works wonders for the tough material.

Joy does get help, the traditional kind, joining a support group that includes the seemingly put-together Maddie (Melissa Leo, in a low-key role), who Joy asks to sponsor her on her journey to health. Initially, Maddie is reticent to take on the gig — it’s a lot of work, she smartly reasons — before giving in to Joy’s very recognizable pain, putting her up in her grandmother’s back house until she can complete 30 days of sobriety. As she tumbles toward wellness, Joy endures plenty of relapsing and backsliding; ticking off her days of sobriety with bright strips of pink masking tape, strips she routinely has to yank off her wall when she undoes all her good work.

Joy tries everything to keep her mind off her addiction, from bad crafts to worse cooking, but the answer (or at least getting into the right kind of headspace to work on them) comes in an unexpected form: a man. Thankfully, it’s not like that.

“Unlovable” plays home to another wounded soul: John Hawkes as Maddie’s socially awkward and estranged brother Jim, who happens to live in the main house, where he attends to the pair’s grandmother (Ellen Geer) and attempts to nurse his own wounds. They’re a motley pair, but Yoonessi swiftly dispels any sense that “Unlovable” is about to churn into some unearned romance, instead opting to present a feel-good film about the power of, sweetly enough, friendship. It’s a strong message, but it’s also one that’s ably delivered through deGuzman and Hawkes’ lived-in chemistry. Soon, Joy and Jim start making music together, literally, as both have found over the course of their own recoveries that it’s the only thing that really puts the demons aside.

It’s a fluffy spin on the recovery genre, but it’s a fresh one, and deGuzman’s hard-won life experience adds veracity and honesty to the snappy narrative. She’s also just plain wonderful to watch, providing a tough character in a tough situation with the maximum of grace. Joy’s choices are often heartbreakers, the kind of stuff that makes you want to crawl through the screen and give her a swift shake, but “Unlovable” knows that such easy fixes aren’t possible, and the only answer is, of course, love.

“Unlovable” premiered at the SXSW Film Festival. It is currently seeking distribution.

This Article is related to: Film and tagged Reviews, Suzi Yoonessi, SXSW, Unlovable