Less than a week after she said the deal was off, and TWC said it would file for bankruptcy, Contreras-Sweet said they reached a deal. 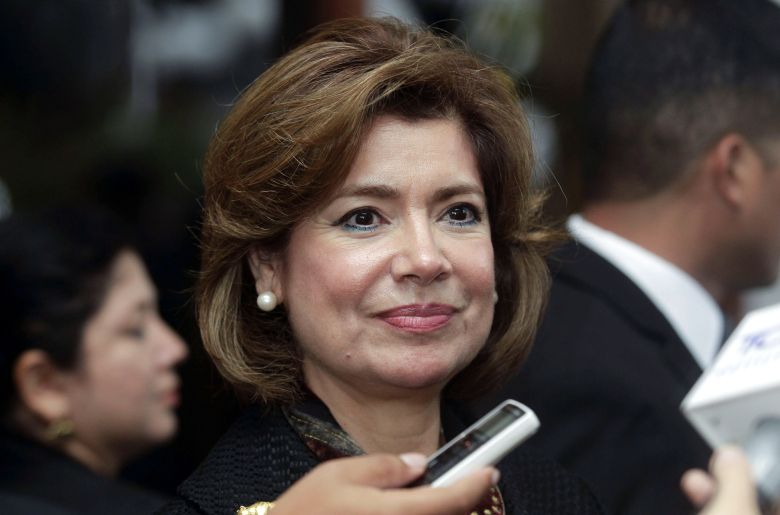 After more than three months of speculation, Maria Contreras-Sweet announced Thursday that she and a group of investors will move forward with its purchase of The Weinstein Company’s assets.

Said Contreras-Sweet in a statement:

Our team is pleased to announce that we have taken an important step and have reached an agreement to purchase assets from The Weinstein Company in order to launch a new company, with a new board and a new vision that embodies the principles that we have stood by since we began this process last fall. Those principles have never wavered and have always been to build a movie studio led by a board of directors made up of a majority of independent women, save about 150 jobs, protect the small businesses who are owed money and create a victims’ compensation fund that would supplement existing insurance coverage for those who have been harmed. The cornerstone of our plan has been to launch a new company that represents the best practices in corporate governance and transparency.

This next step represents the best possible pathway to support victims and protect employees.

We are grateful to the New York State Attorney General’s office for their efforts in helping us reach an agreement and we are grateful to our investors who have believed in this process and in the compelling value of a female-led company. We also want to thank all the parties who returned to the negotiating table to help us reach this development.

I have had a long-standing commitment to fostering women ownership in business. This potential deal is an important step to that end.

The Weinstein Company (TWC) began the week by announcing its intent to declare bankruptcy. Just three days ago, Contreras-Sweet — who led the Small Business Administration under President Barack Obama — said she was “surprised” to learn that the company was “terminating negotiations.” A representative for Schneiderman said the attorney general’s team was also “disappointed that despite a clear path forward on those issues — including the buyer’s commitment to dedicate up to $90 million to victim compensation and implement gold-plated HR policies — the parties were unable to resolve their financial differences.” However, sources correctly told Variety that the deal was never tabled.

Contreras-Sweet’s interest in the studio became known in the fall, when Deadline published her November 8 pitch to the TWC Board of Directors, delivered immediately after Colony Capital discontinued talks to buy the company (the board reportedly thought the offer was too low). According to the site, the Contreras-Sweet-led group, which includes billionaire investor and philanthropist Ron Burkle, was at the time prepared to buy TWC for $275 million. More recently, a $500 million figure was cited most in conjunction with the possible purchase; terms have not been disclosed.

On February 11, Schneiderman jeopardized the sale by filing a discrimination lawsuit against TWC, and challenging Contreras-Sweet’s plan to elevate COO David Glasser to CEO. Glasser was then unanimously fired by the board “for cause.”

Founded in 2005, TWC produced five Best Picture Oscar winners before sexual harassment and abuse allegations led to the dismissal of co-founder and co-chairman Harvey Weinstein on October 8. A source with knowledge of the deal told IndieWire that the company will soon be renamed.

This Article is related to: Film and tagged Harvey Weinstein, Maria Contreras-Sweet, The Weinstein Company