The excommunicated cult leader is at the heart of Netflix's new docuseries, but Ma Anand Sheela represents more than just wild stories. 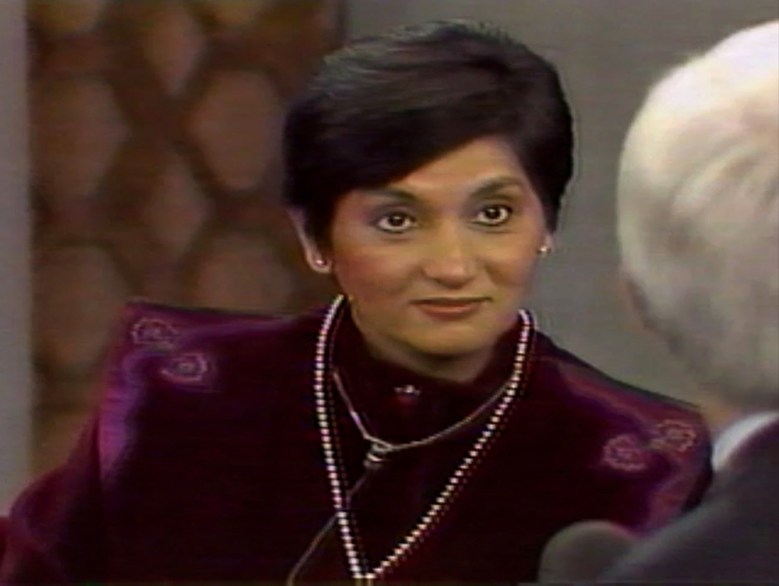 [Editor’s Note: The following article contains spoilers — a.k.a. facts — in regard to “Wild Wild Country.”]

“I guess you could say the problem started when Sheela got here.”

Meet Ma Anand Sheela: the “problem” at the center of “Wild Wild Country.” Though given the inauspicious first impression above by local Oregonian rancher Jon Bowerman, Sheela soon ties audiences into knots with a complex image cultivated from seemingly constant manipulation. Is she the persecutor or the persecuted? A criminal or a victim? Really, she’s both, but how far she skews in one direction is somewhat subjective. Chapman and Maclain Way’s docuseries makes her the central figure for a reason: She’s a character you occasionally hate yourself for hating, and a problem with sorting out.

Born in India as the youngest of six children, Sheela moved to the United States to attend college when she was 18 years old. She later moved back to India with her husband and became a disciple of the spiritual guru Bhagwan Shree Rajneesh in the early ’70s and quickly became a key member of his following. From 1981 to 1985, Sheela was the personal secretary to the Bhagwan and the face, voice, and ruling hand of the Rajneeshpuram ashram. After finding the land in Oregon and building a community there, complete with banks and airports, she executed every order the Osho gave her in order to grow their following and control their domain.

Or did she? Alternatively beguiling and infuriating, Sheela is aptly outspoken for someone speaking for two (the Bhagwan has taken a vow of silence), but she, without any evident concern, can also come across as giddily vengeful, brazenly deceitful, and pointedly antagonistic. The docuseries makes it clear that she may, at times, have acted in her own interest and toward the end of her time with the Rajneeshee, openly disobeyed his orders. (Sheela tried to kill the Bhagwan’s doctor.) Just look at what she did during those four years in Oregon:

Sheela may state she was merely following Osho’s orders, but even if that’s true, she’s still a villainous figure who, in a lesser documentary, would’ve only been painted in shades of red — inviting the audience to seethe with anger every time she made yet another TV appearance. Sheela has no moral compass; she’s gone off the deep end and she seems to like swimming there. (Just look at the smile that creeps over her face whenever she’s confronted in an interview.) But stripping away her actions and looking at the causes reveals relatable human tendencies.

The documentary frames Sheela’s rage around two critical factors: first blood and xenophobia. After the Rajneesh won the local election in Antelope, OR, a hotel owned by the movement was bombed. Sheela says in the documentary that she woke up the night of the bombing with “creepy feelings in me.” She knew something was wrong and shortly thereafter heard about the attack. That’s when things changed: “After the bombing, it was clear. If I didn’t take measures to protect our community, no one else would do it,” Sheela says. “That’s when we went out and bought weapons.”

One could argue everything that happens next is reactionary; Sheela felt her life and the lives of her people were under threat, and she made it her mission to warn anyone thinking about coming after them that they would regret it. No one’s arguing her actions were excusable — they are, by definition, criminal, and it’s just as easy to contend that Sheela was looking for the very fight she got — but one of the reasons her extreme choices feel extra alarming is because of her beliefs. Abrahamic (or Western) religions teach forgiveness and tolerance. Most Americans abide by these beliefs so strongly they consider them virtues. But Sheela makes it very clear that’s not the Rajneeshee way.

“Bhagwan has said from the beginning that, ‘I’m not Jesus, I’m not Gandhi,'” she says in the documentary. “When Jesus says, ‘You turn your other cheek,’ [Bhagwan says] you take both of their cheeks.”

Instinctually, that’s going to be a tough pill for many Christian viewers to swallow. Again, “an eye for an eye” is not a morally justifiable position, but how the Rajneeshees could be coaxed into wrathful behavior is understandable given the intolerance they faced after moving to America.

The first episode of the documentary explores just how much preternatural bigotry the group faced when they arrived in town. Some may say the suspicions were earned by what everyone learned near the ending — that the Bhagwan had to flee India in order to avoid punitive action from the government, just like he later faced in the U.S. — but the local Antelope residents didn’t know any of that at the time. They merely knew they had strange new neighbors, and they didn’t like them.

“Wild Wild Country” depicts a frightening level of intolerance that quickly breeds violence. The bombing drew first blood, and Oregon suspended the right to vote in order to preserve their status quo: Both actions are illegal. Both weren’t committed by Rajneeshees. So much of what happens in the docuseries stems from a fear of the unknown, and so much of what Sheela does is in reaction to that. In a country founded on religious freedom, there’s an institutional rejection of new practices before those new practices proved illegal.

That’s unnerving in its relevance — to immigrants, to minorities, to so many people who feel threatened under the current administration — and at the heart of the conflict is Sheela; a problem for everyone involved, but representative of a problem that still needs to be solved.