Conversations with friends, family, and vaunted colleagues tell the story of Shandling's life and career through the prism of his own words. 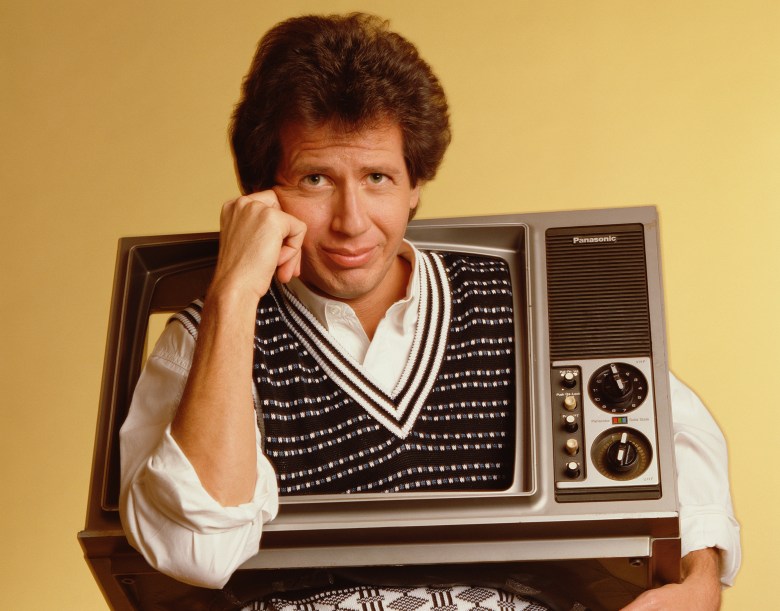 “The Zen Diaries of Garry Shandling”

It’s a natural response when someone passes away, whether they’re a public figure or not, that we shouldn’t have to wait until someone dies to salute them for their achievements in life. Garry Shandling certainly wasn’t unappreciated during his day. He had two seminal comedy series (“It’s Garry Shandling’s Show” and “The Larry Sanders Show”), had a formative standup career, and, for a time, was a fixture of late-night TV.

But Judd Apatow‘s new documentary “The Zen Diaries of Garry Shandling” doesn’t solely focus on the career that audiences were familiar with. Using a chronological approach, Apatow outlines how Shandling‘s career was in many ways intertwined with the personal life that so many never got to see. So while this 4 1/2 hour film feels like a career overview for a man who was both loved and misunderstood, it’s also a rare tribute movie that’s interested in discovering what the filmmaker didn’t know before the project started.

Apatow is far from an objective third-party observer of Shandling’s life, having been a mentee and collaborator on some of the comedian’s most notable projects. He wrote and directed on “The Larry Sanders Show,” he helped with jokes for Shandling’s award show hosting gigs, and Apatow even made semi-regular live show appearances in L.A. with Shandling late in his life. Still, as Apatow confesses early on, “In many ways, he was a mystery to me.”

So when the on-camera interviews with Shandling‘s friends, family, and colleagues come in the form of conversations with Apatow, it feels less like a documentary and more like catch-up chat at a funeral that’s happening two years after Shandling’s death. Rather than a thoroughly researched biography presented as a definitive text, “The Zen Diaries” is a shaped collection of remembrances in the form of stories long past, footage recently unveiled, and excerpts from Shandling‘s personal writings.

Those diary entries come to life in Shandling‘s own handwriting and illustrate one method Apatow uses to make this film a visually dynamic experience. (The animated scribbles, along with contact sheet flipbooks, cassette tape recordings, and different eras of home video, changes the look of each section without being a frantic attempt to keep viewers engaged.) In “Part One,” the first of the film’s two halves that will air consecutive nights on HBO, these diary excerpts are brilliantly brought to life by the voice of Michael Cera. Embodying the anxieties of a young comedian starting out and a young man trying to find some lasting meaningful connection in his life, Cera puts the audience in Shandling‘s mindset just as well as any archival footage from Shandling’s early standup sets do. “The Zen Diaries of Garry Shandling”

Like any honest evaluation of the effect that someone like Shandling had on people’s lives as both a comedy creator and incubator, Apatow’s film doesn’t just include the high points of Shandling‘s career. His early fights with some of his most trusted collaborators, his tumultuous personal life, and the constant struggle for control that clouded multiple stretches of his career all get consideration right alongside his triumphs (at some points, at the same time). Some of the most enthusiastic participants are those who found themselves on the wrong end of a burned bridge at one point in their relationship with Shandling. That list includes Bob Saget, who offers an insightful window into the comedian’s daily struggles and breakthroughs, even if that window tinted over as Shandling’s personal anxieties became more acute.

“The Zen Diaries of Garry Shandling” really comes alive in its look at the things happening on the periphery of the work that Shandling devotees have devoured and that newbies will be eager to try for themselves. For all the excerpts from the TV shows, there’s often another clip of Shandling riffing right before the cameras roll, reworking material and trying to feel out the atmosphere of a scene by joking directly with the studio audience or the crew right off-camera. There are enough of these candid behind-the-scenes moments that Apatow tracks the progression from the more jovial “Can you believe we get to do this?” part of Shandling’s career, all the way through the end of the “Larry Sanders” years, where the compulsion to be entertaining has become his Atlas-style burden.

That evolution from aspiring dreamer to someone trapped by the expectations of his own talent keeps “The Zen Diaries” from being an exercise in pure idolatry. It’s clear that Apatow has great affection for his main subject, but there are plenty of anecdotes, be they from Shandling’s romantic relationships or his contentious collaborations with Mike Nichols or a handful of writing partners, that paint a more complicated person whose self-consciousness didn’t always translate to self-awareness. Even among people who are publicly revering him and his work, you can sense the occasional reticence to retroactively paint him as a saintly figure in the world of comedy. Because of the framing device of Shandling’s personal notes and diaries being the main driving force, he usually gets the last word. But there’s enough attempt at a full view of each of these chapters that the audience is afforded the freedom to conclude whether Shandling was difficult, unlucky, a genius, or some potent mix of all three.

Even at two hours, “Part One” is a concise examination of Shandling‘s pre-“Larry Sanders” career, peppered with all of its frustrating ups and downs. There’s a momentum that carries it through that first half that makes its runtime surprising in hindsight. “Part Two” is, perhaps by design, looser and more ambling, as Shandling try to find a tether in an increasingly lonely part of his personal and professional lives. That search for meaning comes through mainly in clips from DVD extras, the “Larry Sanders” finale, or Shandling’s appearance on the Jerry Seinfeld show “Comedians in Cars Getting Coffee.” Those excerpts last an extra 30 seconds or a minute and start to weigh down a longer second half that’s stronger when it focuses on the personal testimonies of those who can provide context you can’t get anywhere else.

A project like this is always trying to thread the needle between creating a real, palpable appreciation for an influential person‘s body of work while holding the audience’s attention long enough to keep them from just watching that other stuff instead. Some moments will have viewers tempted to switch over on HBO Go to wade through a “Larry Sanders” season or two, but this film does enough to hold your attention until the full story of Shandling’s life is told.

As a tribute, a eulogy, and an appreciation, “The Zen Diaries” is a even-handed look at someone who sought to bring meaningful change into other people’s lives as he searched for that same sense of fulfillment himself. Even if the film didn’t actually include footage from a ceremony remembering and celebrating Shandling’s life, you’d feel like you were already part of one.