The Process may be over, but the battle for survival continues. 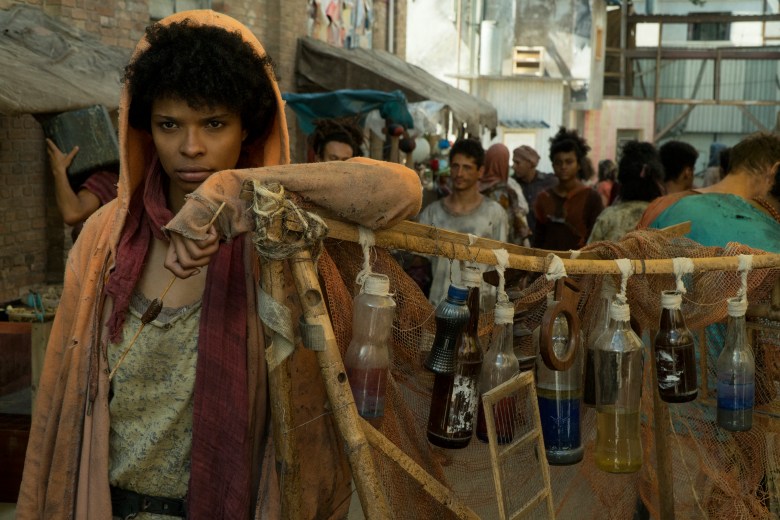 When Netflix’s first Brazilian original series “3%” premiered in November 2016, it was an unexpected and quite pleasant discovery, combining narrative tropes familiar to fans of series like “The Hunger Games” with a fresh take on the post-apocalyptic genre.

Depicting a future society where the difference between the haves and have-nots is taken to the extreme, the focus of the first season was on Michele (Bianca Comparato) and the other 20-year-olds of the Inland slums competing in the Process — a competition to select the most promising members of society to move to the Offshore, which is a comparative paradise welcome only to the top 3 percent.

The Process proved to be brutal to the point of deadly, and much of what made Season 1 so addictive was how it structured the action around the Process, letting the competition power things forward even as characters sought to undermine it. One might have expected Season 2 to take a similar approach and, in fact, things do start just a few days before the 105th annual Process is set to begin. However, “3%” Season 2 instead keeps its focus on the original cast — the survivors of Process 104 — while also taking advantage of the expanded length of the season (10 episodes, as opposed to eight) to expand the world of the show on a physical and dramatic level.

While both Michele and Rafael (Rodolfo Valente), at the end of Season 1, were able to make it to the Offshore, at the beginning of Season 2 both of them find that life there isn’t quite the perfection promised. Meanwhile, Fernando (Michel Gomes) and Joana (Vaneza Oliveira) are scraping by in the slums after leaving the Process. Not only do we see the rich beauty of the Offshore, but we see whole new levels to what’s been happening in the Inland, especially when it comes to the Cause, the guerrilla organization looking to end the Process for good. While more than welcome, the novelty of this expanded perspective wears off early on, and early episodes of Season 2 lag a bit by comparison to Season 1. However, a few massive twists midway through the season rearrange alliances in a key way, and a heavy use of flashbacks add new depths and insight to both characters and the history of this world. In Season 1, it’s accepted as somewhat of a given that the world has fallen into extreme disrepair, but Season 2 takes on the questions of why and how things got so bad, with some chilling moments as a result.

On a production level, there are occasional moments where the quality of the CGI on screen makes you wish that “3%” had the budget of Netflix originals like “Lost in Space,” but it’s always been a show that’s been able to make a little look like a lot on screen. Meanwhile, the cast remains inclusive and interesting, including the addition of at least one transgender actor. And the core quartet of stars have only grown in their confidence on screen; Valente in particular captures positive attention by being vulnerable and determined in equal measure.

“3%” is far from subtle, both narratively and politically, but there’s something honestly appealing about the direct approach it takes, the cynical edge which colors its storytelling even while characters preach about the possibility of doing better than the people who came before them. This is a broken world, full of injustice and cruelty, but isn’t every society broken to some degree? “3%” doesn’t offer solutions, but it does showcase characters challenging the basic idea that some should have more than others — that equality isn’t an impossible ask. And more importantly, along the way it remains entertaining as hell.

This Article is related to: Television and tagged 3%, Netflix, TV Reviews