Cannes was hoping to premiere Cuarón's Netflix film in competition next month, but the streaming giant has removed its films from the 2018 festival. 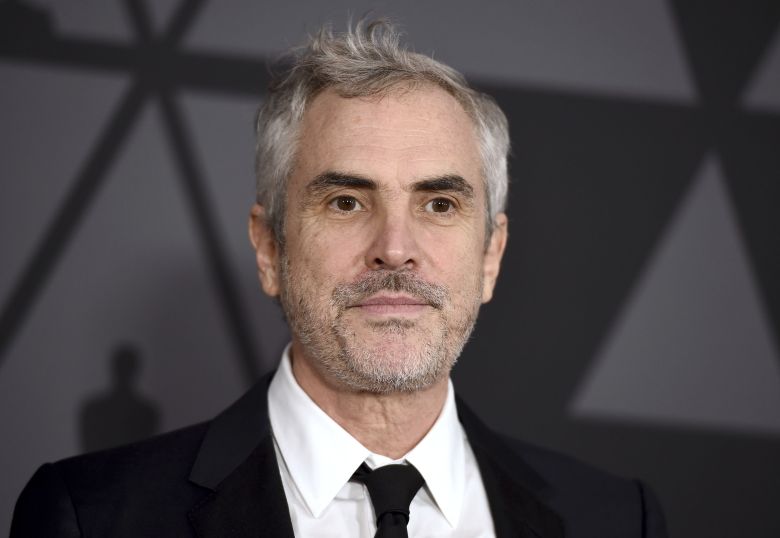 Another day, another development in the escalating debate between Netflix and the Cannes Film Festival. The festival’s artistic director Thierry Frémaux tells ScreenDaily that he’s still pushing Netflix to allow Alfonso Cuarón’s “Roma” to premiere in competition, even though Netflix’ chief content officer Ted Sarandos has confirmed that no Netflix-backed productions will head to Cannes next month.

“We both have a problem. Netflix has an economic model they don’t want to change and France has a rule saying films have to come out in the theaters,” Frémaux said. “Last year they came, but afterwards, they refused to release the films theatrically. This year, we said, ‘Watch out, there is this rule.’ They could have said, ‘Not a problem, we’ll go Out of Competition’ or ‘For Alfonso Cuarón’s film, we’re going to make an exception and accept to release it in France.’ I would have loved that and I’m continuing to beg them to do that. They would be hailed as heroes.”

As Frémaux mentions, Cannes reinstated a rule this year saying films must receive French theatrical distribution if they want to be eligible to premiere in the Competition lineup. The rule prevents Cuarón’s Netflix-backed “Roma” from premiering in competition. Netflix films skip theatrical releases in France in favor of streaming on French Netflix. Films that are released theatrically in France can’t be made available to stream on French Netflix until three years after their theatrical debut, which goes against Netflix’s business model. Frémaux was hoping and continues to hope that Sarandos is willing to make an exception for Cuarón.

“I am asking them to accept that rule,” Frémaux said. “They show dozens and dozens of films each year on Netflix. Could they not release just one film a year theatrically in France in order for it to come to Cannes? If you go to China, you’re faced with censorship. You can’t show everything you want over there. Each country has its specificity. The specificity of France is that it asks Cannes to only put films in Competition that are free to be shown theatrically. The consequence of the chronology means it comes out three years later. Sure, it’s absurd. On a personal level, I think it’s time to change it but for now, in 2018, we are where we are.”

Frémaux recalls that he nearly lost his job last year for allowing Netflix to premiere two films in competition, “Okja” and “The Meyerowitz Stories,” even though both titles never were released in French theaters. The festival director notes that Cuarón’s “Roma” is a “beautiful film” and he’ll continue to urge Netflix to allow Cuarón to be part of this year’s Cannes competition. The 2018 festival announced its competition lineup April 12, but Frémaux said more films will be added in the coming week, which leaves the door open for Cuarón if Netflix is willing to change its mind.

“Up until now, I’ve only done good stuff for Netflix,” Frémaux said. “Last year there were two films. But I was heavily criticized. I nearly lost my job. It was very violent. I like Ted Sarandos a lot. One day we’ll be on the red carpet together again. A lot of things are going to change. Netflix is going to change, Cannes is going to change. Alfonso Cuarón’s film is a beautiful film and I also want to applaud Netflix for coming on board the amazing Orson Welles project.”

The Orson Welles project, “The Other Side of the Wind,” has been an intense point of discussion since Netflix announced it was pulling out of Cannes 2018. The movie is Welles’ last that Netflix helped complete, and it would have premiered in the Out of Competition sidebar. Cannes’ rule does not prohibit Netflix films from playing in non-competition categories, which means “The Other Side of the Wind” could’ve premiered at Cannes if Netflix didn’t entirely pull out of the festival.

Both Welles’ daughter and the film’s producer Filip Jan Rymsza have released statements expressing heartbreak over Netflix’s decision to remove the film from Cannes and asking Netflix to reconsider the choice. The Cannes Film Festival runs May 8 – 19.

IndieWire has reached out to Cuarón’s representatives for comment.

This Article is related to: Film and tagged Alfonso Cuarón, Cannes, Netflix, Roma