Director James Wan presented footage of the December release with his cast in tow. 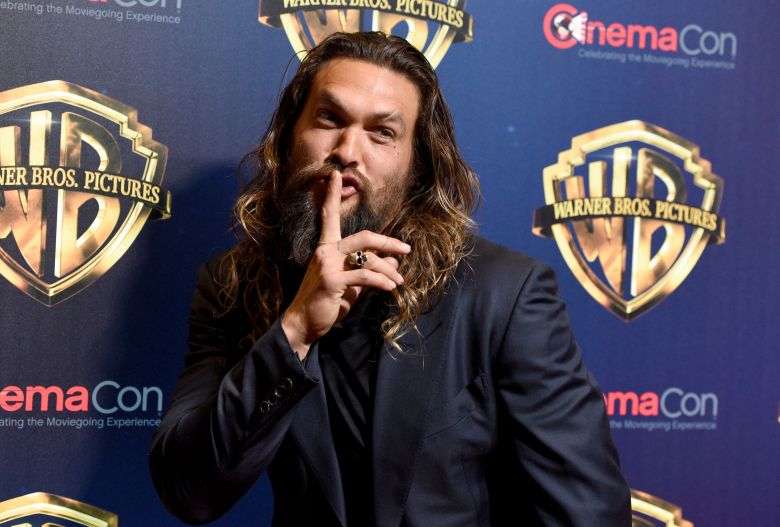 When Jason Momoa kicked off press obligations for his standalone “Aquaman” movie on April 24 at CinemaCon, Warner Bros. presentation host Will Arnett took a dry jab at the “Game of Thrones” and “Conan the Barbarian” vet: “Have you ever wanted to play a character who wears a shirt?”

Momoa will reprise his duel “Justice League” role as Arthur Curry/Aquaman in the latest film from Australian director James Wan (“The Conjuring” series, “Furious 7”).  Co-stars Amber Heard (Mera) and Yahya Abdul-Mateen II (Black Manta) helped Wan and his five-time collaborator Patrick Wilson (Orm/Ocean Master) debut the first footage from the film, which resembled “The Little Mermaid” meets “Ready Player One,” and evoked “Black Panther” in its plotline. Half-human Curry must return to his underwater birthplace in attempt to seize power from his corrupt brother (Wilson). Along the way, he is aided by the hydrokinetic and telepathic undersea warrior, who happens to be a woman.

“She’s very much her own superhero,” said Heard onstage from the Colosseum at Casears Palace. “She actually rescued him more” than vice versa, she continued, calling her counterpart “no damsel in distress.” The happenings in futuristic, neon-specked Atlantis appear to be wrecking havoc both above and below the water’s surface: the National Association of Theatre Owners watched a train jump over buildings, and a fleet of mechanical, shark-like creatures launch an attack. Upon arriving home, Curry finds his submerged kinsman attended massive rallies, lit by giant jellyfish.

“I was born in Hawaii and I was raised in Iowa, and it couldn’t be more different than Atlantis and Inland,” Momoa quipped. Wan felt confident that Christmas week, he’ll deliver “a superhero movie that I think hasn’t quite been done before” that’s also “never been attempted at this level, on a big screen or on a TV.”

“Aquaman” was one of three DC tentpoles Warner Bros. teased at CinemaCon; the others were 2019’s “Shazam!” and “Wonder Woman 2.”

This Article is related to: Film and tagged Aquaman, CinemaCon, Jason Momoa