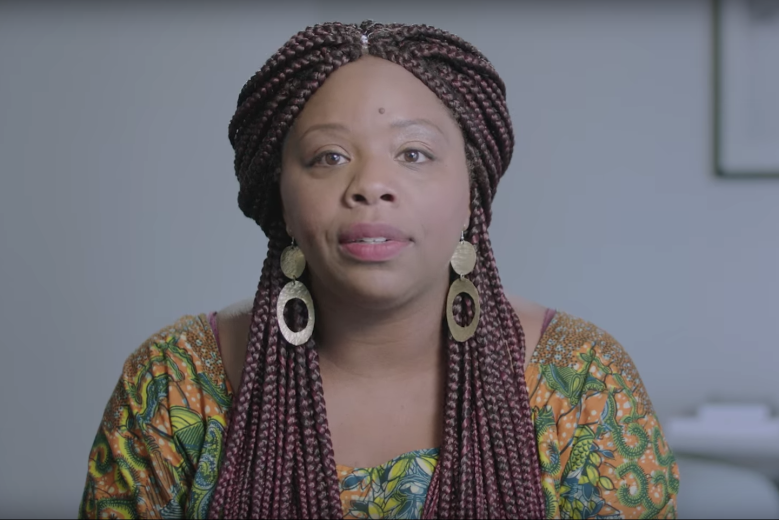 When Patrisse Khan-Cullors spoke to IndieWire, she sounded tired, but that’s hardly surprising. Life gets busy when you’re the co-founder of the Black Lives Matter movement: Since its creation in 2013, her activism and life have been the subject of national attention.

Recently, however, Cullors decided to join up with French digital media company blackpills to localize her influence in Los Angeles and produce “RESIST,” a docu-series on the community’s efforts to thwart a $3.5 billion jail expansion plan.

Directed by Tani Ikeda, Mobolaji Olambiwonnu, and Nathalie Johns, the 12-episode series focuses on the Justice L.A. and Dignity & Power Now campaigns (the latter of which was founded by Cullors) as they protest the proposed jail expansion and call for a reform of the prison system.

So far, “RESIST” has been well-received, with screenings of the series being held in both Europe and the United States. “Folks were moved,” Cullors said. “And also I think surprised at how not boring the series is.”

She first heard about blackpills through Pulse Films. Enchanted by its millennial-focused content, her similar desire to appeal to this demographic convinced her to partner up with the relatively unknown company and streaming app.

“We really liked blackpills’ theory around content and who the content is for,” she said. She added that although the docu-series was produced by and made for millennials, it was intended to be “deeply impactful for other age groups or racial groups.”

Salcedo and Rasberry’s experiences as former inmates were invaluable to the docu-series, according to Cullors. “The people who should be leading the fight against mass incarceration and state violence should be the people most directly impacted by it,” she said.

According to Justice L.A.’s website, those people are people of color; they populate over 80 percent of jails in Los Angeles. Each episode of “RESIST” features their personal stories, touching on unlawful arrest, suspicious prison deaths, police brutality, and the over-policing of people of color, to name a few.

Cullors, a queer woman of color, said that Justice L.A. sought to develop a movement that addressed all aspects of this issue.

“We are looking at the intersections of poverty, race, gender, class, educational background,” she said. “[We’re] looking at the ways in which all the different ‘-isms’ impact one’s life.”

To demonstrate the severity of these prison statistics, the campaign placed 100 jail beds in front of the Los Angeles County Hall of Administration last September (featured in Episode 3 of “RESIST”), shutting down nearby streets. Cullors compared the protest to performance art and stressed the importance is piquing public interest in such a way.

“There are different opportunities to share your message and one of those is through direct action,” she said. “We took the art out of the gallery and put it on the streets for people in Los Angeles to deal with and come to terms with.”

For Cullors, the next step is changing both local and national government legislation. She’s currently creating a ballot initiative in L.A. that would, among other things, identify alternatives to incarceration for arrested citizens. In addition, she’s working with Black Lives Matter to support “progressive and courageous [political] candidates that are willing to take on law enforcement and mass criminalization.”

She expressed interest in returning to documentary work as well, as she was “excited about the opportunity to tell more stories,” but it seemed as though her work was never done.

Fortunately, the national activist, writer, and now executive producer manages to find ways to unwind. “I’m currently watching an excessive amount of television,” she said — “The Path,” “Grown-ish,” “Empire,” and “Star” were just a few of the shows that occupied her coveted free time. She also listed hiking, therapy, and family time as good ways to recover from her busy schedule.

That same efficient bustle is captured in “RESIST.” With its local roots and focus on an often-ignored subject matter, it’s the perfect series for local and national viewers looking to get informed in the current sociopolitical climate. It’s personal and it’s passionate. But perhaps most importantly, it keeps people aware of what could happen in their own backyards if they don’t pay attention.

“Resist” is now streaming on the blackpills app (available in the Apple Store and Google Play here.)