Spielberg has owned the sled for over three decades, but he's ready to give it a fitting new home. 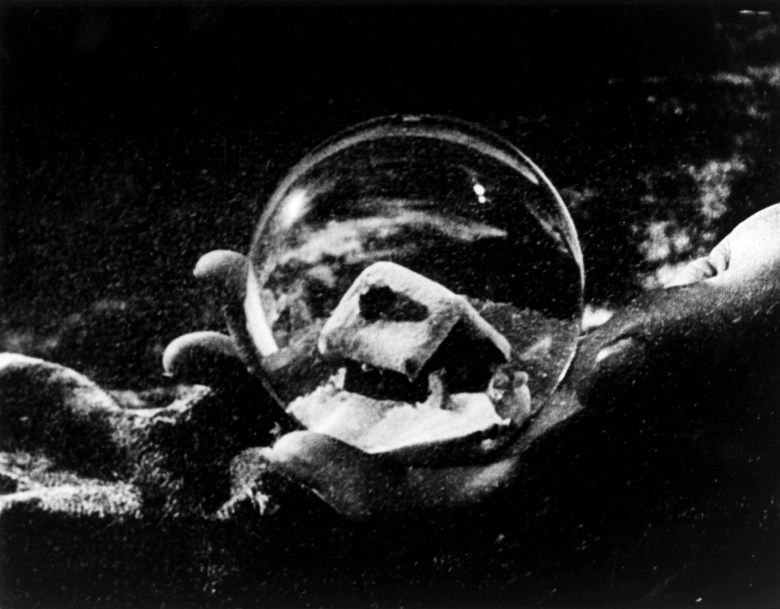 It’s basically the holy grail of movie props, so it should come as no surprise that bonafide movie buff Steven Spielberg has opened up his owning Orson Welles’ beloved — and literally pivotal — sled Rosebud. The arguable star of Welles’ masterpiece “Citizen Kane” (sure, Welles is also good in the film, but this is a feature that lives and dies on the strength of the eponymous character’s adoration for his childhood sled) has been in possession of the filmmaker for many years, but Spielberg recently went a bit more in depth of his favorite movie memento, and his plans for its future.

In a new interview with BBC Radio’s “Movies That Made Me,” Spielberg shares that the sled — one of three balsa wood sleds made for the film — is “the greatest memento” he possesses, and that includes any and all props from his own movies. As Spielberg explains, while a trio of sleds were made for the film, expressly to be burnt during the film’s wrenching and revelatory finale, Welles was pleased with the way the second sled went up in flames, so the final sled was saved from the fire.

Spielberg purchased the sled during a Sotheby’s auction back in 1982. At the time, the Washington Post reported that Spielberg paid $55,000 for the prop, beating out other bidders like Texas tycoon Lucian Flourney (who only bid up to $50,000, though he later said he considered going up to a million on it). Spielberg wasn’t the only Hollywood hotshot interested in the piece of movie history, as the Post also added that George Lucas “had a yen for the sled. But he agreed to let Spielberg do the bidding and take possession in the auction that could conceivably have set new records for film memorabilia.”

Next stop for the heralded prop: the Academy Museum, as Spielberg intends to donate it to the in-the-works endeavor. “It really belongs in a museum so that everybody can see it,” he said. Check out the interview below.