Is this Fox's last go-round at CinemaCon? No one knows. 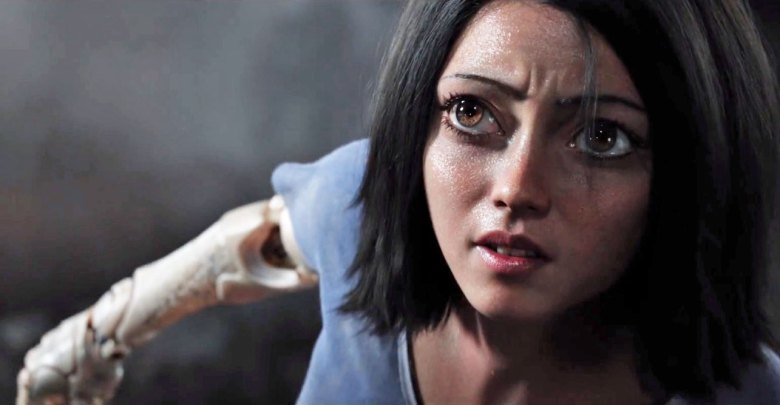 Fox motion picture chairman Stacey Snider’s CinemaCon gave a moving eulogy for her transitioning studio; she made a similar case for the power of movies to bring people together with shared humanity. The Fox fanfare and reel of the great films from the studio over 85 years brought tears to more than one in Caesar’s Colosseum.

While the studio’s highlight reel ranged from “Gentlemen’s Agreement,” and “Gentlemen Prefer Blondes” to “Fight Club” and “Avatar,” a line from John Ford’s “How Green Was My Valley” resonated: “Something is going out of this valley that will never be replaced.” It felt like a wake. What will happen? Nobody knows, but it won’t be the same. And Snider, who choked up as the Fox fanfare played, may not be able to finish what she started. She reminded the audience that “The Greatest Showman” is still in theaters in its 18th week. “A heartfelt musical with no franchise history or Broadway run that has broken records is the third-biggest live action musical of all time,” she said. “In our rapidly transforming landscape, as the movie business faces challenges from streaming and subscription services, changing platforms and portability, ‘The Greatest Showman,’ an old-school tried-and-true rags-to-riches song-and-dance motion picture, defied the rules of gravity as it aims to please in every frame.”

The studio started its Thursday-morning presentation with a hilarious Caesar’s hotel room video with hungover Deadpool giving his “canned ‘can’t be there in person’ apology,” at this annual “excuse to cheat on your spouse on the company dime,” he said. “Comcast dodged a bullet,” he added. “Aronson is so fucked.”

Fox distribution head Chris Aronson emerged from the rumpled bedclothes in his “The Greatest Showman” outfit, while Hugh Jackman sported a hotel bathrobe; lastly, Goofy crawled out of the bed. In other words, when Fox is sold to Disney no one knows who will survive the merger.

Like every studio in Hollywood, tentpole sequels anchor Fox’s slate. It looks like more of same for “Deadpool 2,” complete with truck stunts and skydives, a returning T.J. Miller, and a younger group of would-be superheroes added to the Deadpool team, along with one-eyed villain Josh Brolin. “You’re so dark, are you sure you’re not from the DC universe?” asked Deadpool, referring to Brolin’s “Infinity War” incarnation. “When I got this role, I said, ‘Oh my God, this is a career-defining performance or a career killer,” he said. “If you don’t get this right it’s trouble…He gives everyone watching him the ability to embrace their imperfections and still sing as loudly as they can. Brian May said to me he was moved to tears.”

Rack up yet another likely Weta Digital VFX Oscar nomination for “Alita: Battle Angel.” While James Cameron was working on “Avatar” and its sequels, he passed the directing reins for his long-in-the-works future-world “Alita: Battle Angel” screenplay to Robert Rodriguez, who thanked his mentor for sharing a “master class in big-movie storytelling and world building. Making a full-on movie in the style of James Cameron was a dream of mine. It’s the best collaboration I’ve ever had.”

On the real-life drama side, inner-city drama “The Hate U Give” is adapted from Angie Thomas’s book by George Tillman Jr. Russell Hornby and Common are two fathers dealing with the untimely death of an 18-year-old boy shot by police. Discovery Amandla Stenberg stars as Star Carter, a young woman with two personas, one for her neighborhood and another for her mostly white private high school. Her friend’s death moves Star to fight back against police violence.

“There’s an appetite for new voices and different stories,” Stenberg told the crowd. “It’s easy to be desensitized to what’s happening in media and news. This harnesses the power of film to make these stories human and relatable.” Anthony Mackie and Issa Rae costar.

“The Martian” writer and “The Cabin the Woods” director Drew Goddard’s moody thriller “Bad Times at the El Royale” assembles a starry cast of seven shady strangers coming together for one fateful night in a nasty hotel. Jeff Bridges, Jon Hamm, Chris Hemsworth and Dakota Johnson costar. Per Aronson: “They have one last shot at redemption before everything goes to hell.”

21 Laps’ YA book adaptation “Darkest Minds” also stars Stenberg. The government packs the nation’s children under 18 into prisons as they recover from a virulent future virus that gives them extra powers, from enhanced intelligence and telekinetic powers to mind control. “The more I try to control it, the more damage I do,” says Stenberg’s powerful teen.

Steve McQueen moves into contemporary crime thriller mode with Regency’s “Widows,” written by Gillian Flynn. Four women led by Viola Davis find they have nothing in common but the debt left behind by their dead husbands from their criminal activities. Davis is married to Liam Neeson, who gets caught in a robbery gone wrong. Michelle Rodriguez, Colin Farrell, Robert Duvall, Elizabeth Dubecki, Daniel Kaluuya, and John Bernthal costar.