Too many women reduced to muses and a routine rags-to-riches backstory make "Genius: Picasso" feel antithetical to both words in its title. 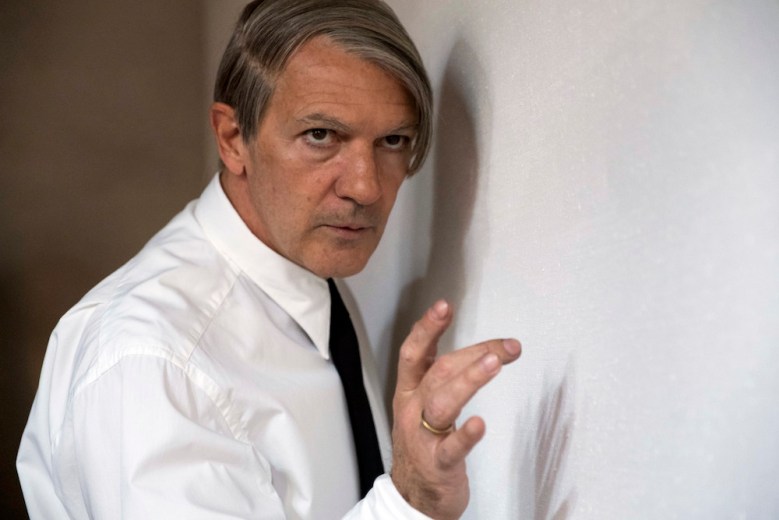 “Genius: Picasso” is a telling title in how it orders those two words. Though last year’s debut season of the National Geographic anthology series didn’t feel the need to incorporate “Einstein” into its name, the second season makes sure the brand takes priority over the subject — and the creative elements follow suit.

Season 2 is a painful bore. Using the same formula devised for an entirely different character, “Genius: Picasso” short-shrifts the few compelling angles it touches upon in favor of covering a wide swath of the painter’s life. Again, there are two stories running in parallel to each other: One is of Picasso in his early twenties, with Alex Rich depicting a passionate artist finding his vision. The other, largely framed around the Nazi occupation of Paris, follows an older Picasso played by Antonio Banderas.

Each timeline has its strong points (Rich and Banderas both among them), but there’s not enough to save “Picasso” from suffering a fate the real man would hate most of all: It’s conventional, and borderline-ugly.

Given the chosen subject, the choice to fit in is doubly misguided. During the first four episodes, Picasso goes on and on about making his own art instead of copying others. When he’s starting out, the young artist makes a decent living replicating the styles of his famous would-be peers. He’s naturalistic, painting portraits and landscapes so paying customers have something simple and nice to hang above their dinner tables. But he begs to be cut free. He wants people to respect his unique styles and passions, not the ones he cribbed from other people. And yet as he rails against convention and playing it safe, the series exists in exactly those spaces. Aside from its time-jumping story structure between younger and older Picassos — which the brand is based on — there’s nothing particularly striking about it. Even that feels like a convenient recycling of last season’s Einstein structure (as well as plenty of other biopics) more than a necessary means to capture this man’s essence, complexity, and life’s work.

“Genius: Picasso” tries to include too much of the artist’s story and pays the price for it. Early scenes move at a preposterously rapid pace, shooting through adolescent building blocks like his father teaching him to paint, the death of his younger sister, the loss of his virginity, and up to his schooling in less than 20 minutes. They’re only included so Picasso can reference them when he’s older, but they’re only rushed past so the audience doesn’t have to juggle more than two men playing Pablo. And the women in Picasso’s life are only there to help define him; none of his muses are given much backstory outside of their obsession with him or rejection by him. (This could be a way to avoid the more problematic aspects of the artist’s past, though they technically still could come up later in the season.)

Including so much in such a short amount of time is a way of catering to a wide audience — if you don’t like this story, don’t worry, there’s another right around the corner. That’s fine in theory, but it’s something Picasso himself didn’t want to do. Yes, he desired to be seen, but his choices purposefully bucked the status quo. “Genius: Picasso” seems to favor the former, and it will snag viewers for National Geographic. Many will come simply for Banderas, and they won’t be disappointed. Though not as transformative as Geoffrey Rush’s Einstein, the Spanish actor brings his trademark conviction and charm to the older Picasso, but he’s also contemplative. (Picasso is undoubtedly pretentious, but Banderas’ portrayal is anything but.) There’s a pair of scenes in the premiere about Picasso’s art being taken from him: once by accident when he’d made nothing of value and then again when he’s an established icon and the Nazis threaten to destroy his art. In younger Picasso’s timeline, the scene falls apart. As rain starts to pour, Picasso and his friend scramble to protect his paintings that were left outside to dry, but the show underlines their panic with a ludicrous grandiosity for how silly it seems at the time. Even a brief cut to that footage in the present, while older Picasso recalls his past, risks ruining Banderas’ moment.

He doesn’t let it. “I’ve had my work destroyed before,” he says. “I won’t let it happen again.” The fact that he’s talking about Nazis burning down decades of important pieces should work against Banderas’ sincerity, since the comparison between an accidental loss due to weather and the deliberate destruction by fascists should never be made. But it’s his simple belief in his own art, sold by Banderas’ relaxed yet earnest delivery, that keeps the later timeline from suffering the same fate as the earlier one.

Rich is not to blame for any faults either. If anything, he’s given more to handle as the emotional younger Picasso, and he does so with gusto that never feels falsely inflated. The words may not ring false, but the performance stays grounded. Still, in the end, “Genius: Picasso” remains a minor effort all around. It moves so quickly and summarizes so much, it’s hard to trust anything but the most basic aspects of the story. Even the art is relegated to the background, as the series highlights only one painting in the first four hours. What is on display feels far removed from Picasso’s genius, even if it’s right in line with the “Genius” brand.

This Article is related to: Television and tagged Genius, Genius: Picasso, TV Reviews