As the Turkish government cracks down on creative freedom, filmmakers and programmers search for a way to keep their movies alive. 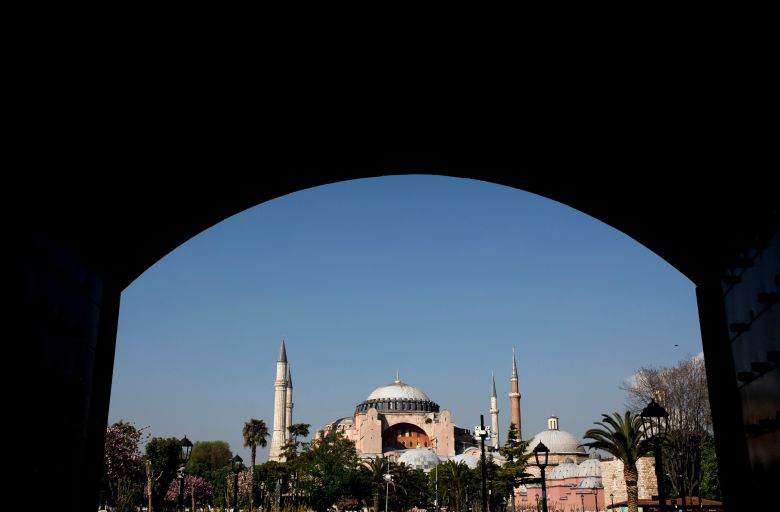 I thought of that billboard, and I thought of the Observer’s fast-talking boss, when I learned about how Istanbul prohibited its Pride parade, which rallied more than 100,000 people, for the LGBT community’s own protection, the government claimed. It’s not that Governor of Istanbul disapproves of gay people, it’s just that he can’t ensure their safety if other groups attack the celebration, double-speak that isn’t fooling anyone—especially when the cops attacked marchers with rubber bullets and water cannons. And the capital city of Ankara seized the executive clout granted the country’s technical state of emergency since the 2016 coup (Erdoğan re-ups the power grab every three months because he can) to outright ban to all gay events.

Transgender activist Hande Kader, who marched at the forefront of Istanbul’s police-sieged final Pride parade, was soon after raped, mutilated and murdered. Yet, the 32-year-old TV star Rüzgar Erkoçlar, a child actor who became nationally famous for a sanitary pad commercial, recently transitioned from female to male in the public eye. “Even my grandmother knows who he is,” said a local. Two filmmakers are finishing a documentary on him and hoping it will get past the certification board. For now, the festival programmed foreign LGBT movies like “Good Manners,” a lesbian werewolf musical from Brazil, and the Greek-made transsexual celebration “Obscuro Barroco,” which was selected for the Human Rights section.

Turkey has taken a large step backwards since it became the first country in the middle east to embrace a Pride parade. It had been the most progressive state in the Middle East, a country literally straddling the east and west. The dividing river runs right through Istanbul, which means you can cross into Asia for lunch. For a long while, it faced toward the European Union. But the EU never accepted Turkey, and lately, the country has turned east. Better to head the Arabic world than be on the lowest rung of the west.

Western visitors have plummeted, especially after ISIS bombed the airport, a nightclub, and tourist sites like Blue Mosque, Freedom Square and Istikal Avenue, a shopping and bar street that leads up to Taksim Square and is the main artery of the film festival. The majority of tourists now come from China, Russia, Saudi Arabia and Iran. (Turkey is one of the only countries where Iranians don’t need a visa.)

And then there’s the Syrians trying to cross Turkey to get to Europe. Over three million have entered the country and they were all over the films, too. Kenan Kavut’s “The Escape” opens with a slow boat ride up the river border between Turkey and Greece, where a group of desperate refugees stand weary, wet and hushed. The only sound is the puff-wheeze of the hand-pumped inflatable raft. Then the cops arrive, the group scatters, and we follow one man across the muddy fields in a run for his life that winds up with him sick and shivering in a Turkish woman’s barn. “The Escape” veers into melodrama—at one point, the man cries a single tear—but its overwhelming despair and the escalating disasters of just trying to survive felt like an update of the Hays Code-era’s “I Am a Fugitive From a Chain Gang.”

“Turtle Shells” was a compact 30-minute documentary packed with implications about human and animal rights. A bomb killed a Syrian woman’s husband, but left their pet turtle Ayshe—”our daughter,” she says—alive. Yet when the refugee makes it through Turkey into Munich, nervously scribbling over the Syrian rebel flag she painted on her shell with black eyebrow pencil, the German government locked up Ayshe in a reptile rescue facility for lacking documentation. Forever. “Even if Assad were to come in with a turtle, it would be taken away,” insists the caretaker. So the woman, who’s now lost every trace of home, visits and cries and cuddles Ayshe on her shoulder, and when “Turtle Shells” was over, a German woman in the audience was so mad at her country’s laws she cursed all the way to the cafe.

And then there’s the Kurds, who crept around the edges of Ercan Kesal’s “Gone With the Hazelnuts,” a documentary about the rural Turkish village of Düzce. Over the last five decades, this farming hamlet changed from communal to capitalist as the government, pressured by the United States, commanded the residents to stop growing their own food and produce hazelnuts for global distribution. Most of the doc is filmmaker Kesal looking mournful as he interviews elderly locals who rhapsodize about how lovely life was in the past when they all shucked each other’s corn. Now, they hire seasonal Kurdish workers for the hazelnut crop, and while they claim to cling to their old inclusive spirit, Kesal cuts to the Kurds in their cinder block apartments as a Kurdish man admits that he doesn’t always get paid his already below-minimum wages.

The Kurds starred in the tragedy “Colorless Dream,” which opens with young Mirza’s nightmares about violence he’s seen—and might see. Though Mirza wets the bed in fear and can’t catch up with the Turkish spoken in school, life is stable until a Kurdish acquaintance named Mir Ahmed asks his family if he can hide out in their home. He’s not political, Mir Ahmed claims, but the Turkish police are stalking him because his younger brother is a rebel soldier. Mirza and Mir Ahmed’s friendship is gradual and sentimental, but the film is haunted by things we can’t clearly see: shadowy masked men in the background and murders that happen offscreen, made more unnerving by their absence. It felt like a film that knew it couldn’t show too much.

“Art is getting more creative when politics get more tough,” said Ayan. “It’s interesting to see how it changes and where it goes. I hope it won’t get worse, I hope it will get better, but who knows. Really you can’t predict this. The only thing we can predict in Turkey is we can’t predict anything.”

In Turkey, as in the States, the country is suddenly betting everything on the young. Yet, the Istanbul Film Festival entry that’s stuck with me is from a Turkish cinema veteran, Orhan Oğuz’s terrific satire of bureaucracy, “Minus One.” The film opens with three deputies on night patrol listening to the repeated radio calls about freezing immigrants burning trash. It’s deathly cold when they get the order to scoop up an old, injured homeless man from the backstage of a theater. The stink of his uncontrollable bowels smells so bad, he’s ruined the show.

The cops aren’t bright—one thinks Galileo discovered America, another mistakes Rapunzel for Shakespeare—and they aren’t incredibly sensitive. The chief posts photos of the man to Instagram and notes that most commenters write he should just let him die. Keeping the vagrant alive isn’t pleasant. His stench forces them to roll down the windows and shiver, which becomes more and more of a problem when no shelters are willing to take him in for excuses that get increasingly insane.

“Minus One” is hilarious. I loved the astonishment on a deputy’s face when he realizes that tomatoes were imported so late that the first Sultans didn’t eat a proper shepherd salad. But Metin Belgin plays the old man with a pathetic dignity that twists the audience in knots. He knows Shakespeare, even if these goons don’t. And he knows that no matter what the cops do with him tonight, this world has no place for him. The image that lingers is two Turkish ushers desperately spraying huge, white clouds of air freshener in the aisles, a duel between human rules and human needs—or just another night at the theater.

This Article is related to: Film and tagged Censorship, Festivals, Turkey