Co-creators Burk Sharpless and Matt Sazama tell IndieWire that while they don't have a greenlight, they're already working on Season 2. 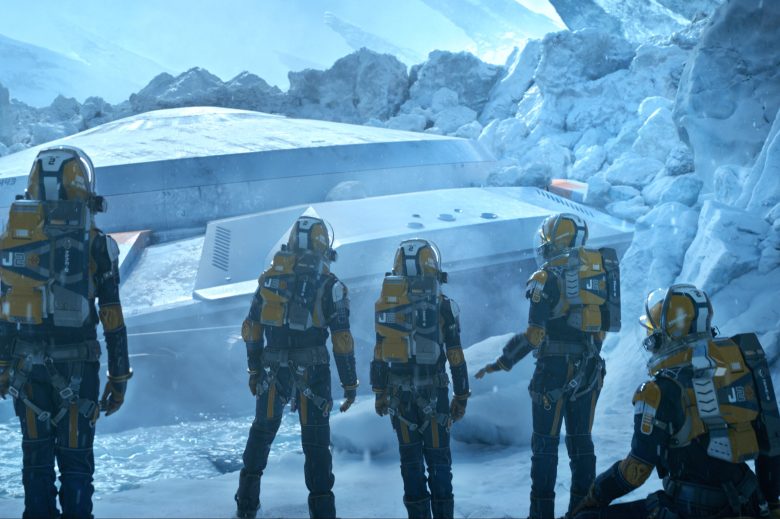 “Lost in Space” star Molly Parker was recently at Disneyland with her 11-year-old son, along with “Lost in Space” co-creator Burk Sharpless and 12-year-old Maxwell Jenkins (who plays her on-screen child, Will Robinson) — and the kids started pitching a second season of the show to Sharpless.

“The boys were actually telling [Sharpless] what they thought the second season should be, and it was all complicated monsters and complicated situations,” Parker said with a laugh. “So, we’ll see. I’ll be very interested if any of those ideas end up in the second season.”

It’ll probably be a while until we find out if Parker’s son and Jenkins get a story credit on Season 2, as “Lost in Space” has only just premiered. But it’s never too early to ask what we might expect from future episodes of the Netflix remake of the classic ’60s drama, which tracks the adventures of a family who escapes a doomed Earth via spaceship in search of a better life… and gets completely thrown off course along the way — perhaps forever.

The question of what might come next for the Robinsons loops back to the show’s origins, which began with Sharpless and co-creator Matt Sazama taking a meeting at Legendary Entertainment about potential projects to which the company had just gotten the rights.

“Burk and I tried to act really cool in the meeting,” Sazama told IndieWire about the moment when “Lost in Space” came up. “We were like, ‘Oh, that sounds pretty cool.’ As soon as we got out of the door we were like, “Oh my God, ‘Lost in Space,’ this is incredible… It represented everything that we’ve wanted to do since we were kids. We were super excited about the possibility of being able to do a new version of this show. We pretty much had ideas by the time we reached our car.”

That conversation, they said, was fully grounded in the concept of “Lost in Space” as a TV show, not a movie — because they were sure a feature-length approach wouldn’t work out, due to the 1998 film directed by Stephen Hopkins. “The one lesson that we learned from the movie from the ’90s, was that ‘Lost in Space’ is an idea that’s supposed to go on for forever. It works best as a TV show, not as a two-hour movie,” Sazama said.

Though, that said, Sharpless observed that the way the first 10 episodes play out, “Lost in Space” falls into what he referred to as “this new genre called the Netflix season.” (“The Netflix season” is a more accurate phrase, we have to admit, than “a 10-hour movie.”)

Added Sharpless, “You know what’s funny with being bingeable? I think we imagined each episode is a mini-movie, but we’ve heard that the show does lend itself to being bingeable. That sense of you don’t want to get up from your seat, that sort of summer movie feeling, that white-knuckle ride that makes you laugh and makes you be scared, it makes you be entertained or nervous. We were really lucky to be able to do this project with Netflix because we kept saying the Netflix version is the version that makes sense.”

Netflix hasn’t greenlit a second season of “Lost in Space” yet, but the writers are on it. “We are working on scripts and hoping that, if we get a green light, we’re ready to go,” Sazama said. “We’ve had a lot of thoughts about it, and hopefully, if everyone watches it, we’ll get to see more adventures of the Robinsons, because we do have some crazy stuff planned out that we really hope we get to film.”

Sharpless chimed in: “Yeah, Season 2 is wild, so hopefully it can happen.”

The mythology behind the world in which “Lost in Space” operates, Sharpless said, is “pretty well worked out. There’s obviously a deep backstory of the robot and the causality of what caused this whole world to happen, and we’ve definitely figured that part out.”

But, he noted, “We didn’t want this show to be a really mythology-heavy show, even though I love them. Who doesn’t love ‘Game of Thrones’?”

That said, Sharpless said that “we definitely have figured out some really fun stuff that I think, if we were so fortunate for the show to go more than one season, I think people would really enjoy and be interested in the science fiction world that we want to build.” In case it wasn’t clear, the actors don’t know anything about what’s to come, as star Toby Stephens told IndieWire: “I know they are working on ideas and stuff. But nothing concrete. When we were filming the season, obviously we all were kind of shooting ideas around about what could happen next. But the great thing about this is you’re lost in space. Anything could happen. I mean, literally, anything could happen.”

Does that include a repudiation of the show’s title — could the Robinsons and their compatriots, someday, find themselves no longer actually lost in space? Maybe, maybe not.

According to Sazama, “There are some disagreements about the producers of whether they should ever get to their destination of Alpha Centauri, the colony there. But I will say, just for myself, I think even if they were to get to their final destination, they would realize that part of this idea —where is home? — they would learn that if you’re with your family, you’re always at home. So that whether they reach their destination or not really is beside the point, because they’ve sort of been there all along.”

Added Sharpless, “It’s a ‘Wizard of Oz’ way of looking at things, but we feel like the show is about a family. And what does that mean? The journey matters a lot more than the destination.”

“Lost in Space” Season 1 is streaming now on Netflix.

This Article is related to: Television and tagged Lost In Space, Molly Parker, Netflix