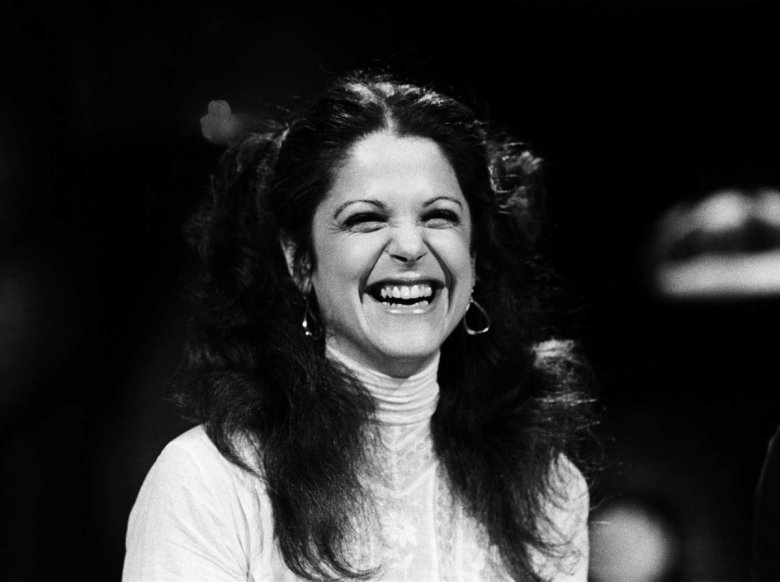 God bless Gilda Radner for having the foresight to know that people wanted to know her. In Lisa D’Apolito’s intimate new documentary, it’s the late, beloved comedian and original “Saturday Night Live” breakout star who gets to tell her own story. Aided by a trove of diary-style audio tapes that serve as voiceover narration and reams of handwritten pages, the woman behind Roseanne Roseannadanna and Emily Litella opens up about the good, the bad, and the ugly.

By no means a vanity project — Radner’s diaries are as clear-eyed as anything when it comes to her struggles involving fame, relationships, and her health — “Love, Gilda” offers the kind of keen personal insight that few documentaries can pull off.

D’Apolito directed the film with the full support of Radner’s estate — when she introduced the film at New York City’s Beacon Theatre, where it kicked off the Tribeca Film Festival as the Opening Night selection, she even referred to Gilda’s brother Michael as her “best friend” — and she sparked to the idea to make a film about Radner when she volunteered at one of the many Gilda’s Clubs founded in her memory by her husband Gene Wilder. The result is an authorized approach that leaves something to be desired, but nevertheless succeeds as a tribute to an iconic entertainer.

A passion project from the start, the filmmaker first launched an Indiegogo campaign to make the film back in 2015, when she asked for assistance raising just $50,000 to help bring the documentary to life. D’Apolito’s vision to use Radner’s own words and works to narrate her own life grew to include talking-head interviews with her own friends and others she’s inspired, including Bill Hader, Amy Poehler, Maya Rudolph, Cecily Strong, Chevy Chase, Laraine Newman, Paul Shaffer, Lorne Michaels, Alan Zweibel, Stephen Schwartz, Andrew Alexander, and Martin Short. It’s a murderer’s row of comedy talent, but even with Radner gone for nearly three decades, she and her mile-wide smile rule every moment and image.

Clocking in at just under 90 minutes, D’Apolito traces Radner from her earliest roots (a seemingly happy childhood, her struggles with bulimia, and the sudden death of her father) all the way through her final months fighting cancer in the late ’80s. “Love, Gilda” tugs at plenty of upsetting threads early on, from Radner’s health issues (first, the weight problems; later, much worse) to her entirely conscious choice to use comedy as a way to get people to love her (or at least be nicer). She’s open and disarming about her looks, her family, and her problems with men, making her ability to generate so much joy feel even more unique.

Unfortunately, the film also takes much of this granted — it doesn’t make any kind of case as to why Radner in particular broke out in the wild cultural zeitgeist that was the ’70s, beyond the obvious: She was really talented. A theater nerd who picked up mountains of confidence at her girls-only high school, Radner drifted in her post-college years (plus, she didn’t graduate: She left school to chase a boy), before falling back into the craft in which she excelled. Once she committed to her work, Radner didn’t struggle to land good gigs, falling in with a talented “Godspell” crew in Canada (where she met on-off boyfriend Short), the National Lampoon guys (including John Belushi and Bill Murray), and eventually going on to become the first person cast on Lorne Michaels’ fledgling “Saturday Night.”

Even as the meticulously assembled archive footage shows Radner’s star on the rise, her own words bring her back down to Earth. “Love, Gilda” is the rare documentary that could stand to pile on longer clips of its subject’s early years without feeling indulgent. Once you start watching Radner, it’s hard to stop, and the sheer force of her talent and the way she reveled in sharing it remains contagious.

That’s also the idea put forth in some of the interviews sprinkled throughout the film. Talking heads are firmly divided into two camps: people who knew and loved Radner, and people who never knew and still loved Radner. Later “SNL” stars like Poehler, Strong, Rudolph, and Hader just seem happy to have the chance to talk Gilda, even more so when they’re handed her own diary pages to read back to the camera (often they smile, then nod, and look ready to cry; those segments alone could make for a tearjerking film).

Radner’s contemporaries offer their own insights, including key notes from “SNL” alum Zweibel and her fellow cast member Newman, but for someone who touched so many lives, it soon becomes noticeable who didn’t show up.

In Tom Shales and James Andrew Miller’s essential “SNL” oral history, Murray (fellow “SNL” star, long-time friend, and occasional boyfriend) recounts his last memories of Radner, including a party at Newman’s house that marked her apparent final social outing with her beloved “SNL” family. While D’Apolito’s film works so well when Radner herself is narrating her own life, the raw emotion of people like Murray is often missing.

It’s hard to say why the press-shy Murray didn’t appear in the film (or Dan Aykroyd, or Jane Curtin, or Murray’s brother Brian Doyle-Murray; the list goes on). The remembrances from others are touching enough, but once you get nearly 90 minutes of Radner’s life, it’s hard not to want to see more — if only to spend still more time in her magical presence. Fortunately, there are plenty of clips on YouTube.

This Article is related to: Film and tagged Love Gilda, Reviews, Tribeca