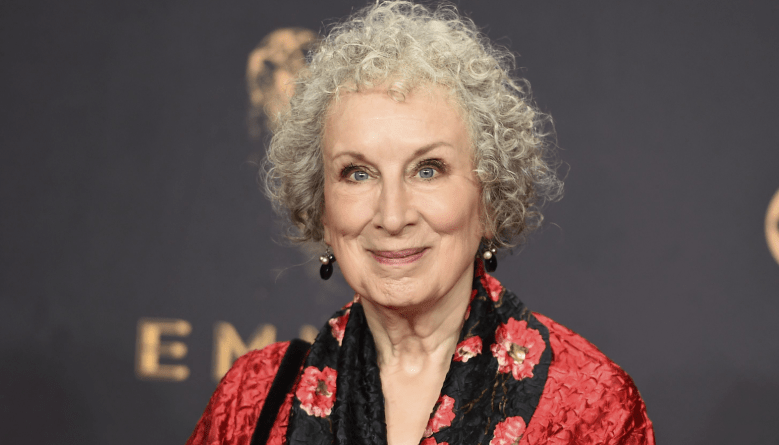 Margaret Atwood tells Variety in a new interview that “science-fiction writers are very good at anticipating future events.” One example “The Handmaid’s Tale” brings up relates to the 9/11 terrorist attacks being somewhat inspired by the mission to blow up the Death Star in George Lucas’s original “Star Wars.”

The author remembers how a 2000 stage adaptation of “The Handmaid’s Tale” in Denmark featured a film reel with fictional footage showing things blowing up. One of the targeted buildings depicted in the stage show was the Twin Towers. When the play was revived following the September 11, 2001 attacks, the footage of the Towers used in the original production were no longer included.

“Does that give you a creepy feeling?” Atwood asked Variety, before saying that “The Handmaid’s Tale” stage play didn’t inspire 9/11. “[Terrorists] didn’t get that idea from my opera, don’t worry. They got the idea from ‘Star Wars.'”

“Remember the first one? Two guys fly a plane in the middle of something and blow that up? The only difference is, in ‘Star Wars,’ they get away,” Atwood continued, “Right after 9/11, [the government] hired a bunch of Hollywood screenwriters to tell them how the story might go next. Sci-fi writers are very good at this stuff, anticipating future events. They don’t all come true, but there are interesting ‘what if’ scenarios.”

Atwood serves as a supervising producer on Hulu’s Emmy-winning “Handmaid’s Tale” series, as well as on Netflix’s “Alias Grace.” The Hulu drama returns for a second season on the streaming platform starting April 26. Head over to Variety to read Atwood’s full interview.

This Article is related to: Film and tagged Margaret Atwood, Star Wars, The Handmaid's Tale