Despite a promising series of tests of women aviators, women didn't get to be a part of the Mercury missions, and this new documentary explains why. 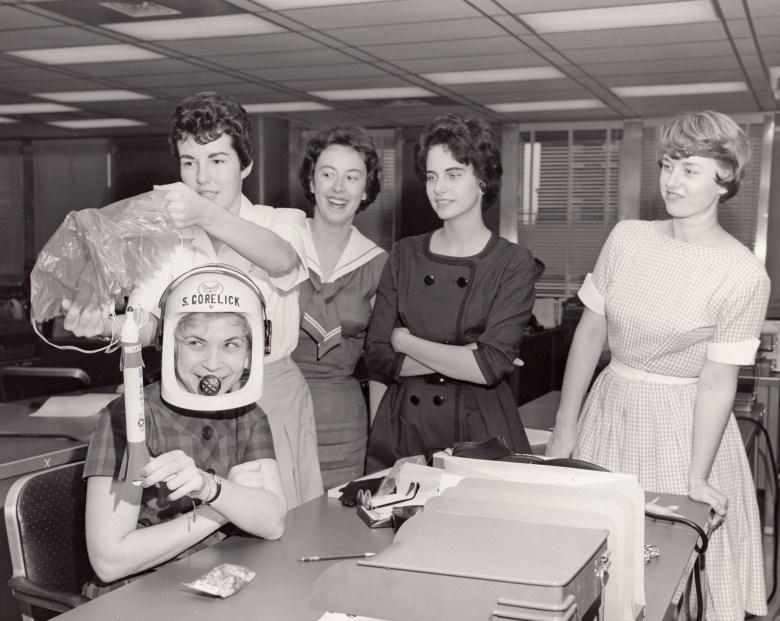 While “Hidden Figures” explored the progress of black women behind the scenes as the U.S. launched the first man into space, the Netflix-produced documentary “Mercury 13” probes another struggle for inclusion taking place at the same time — the attempt by several woman to make the cut as astronauts. Unfolding as a series of tests in 1958 as NASA prepared for Project Mercury, the experiments on the eponymous 13 women have received far less exposure than the stories surrounding the NASA excursions themselves, but this straightforward, informative documentary provides an efficient historical revision, arguing that the bracing stories of the first men to enter space aren’t complete without an acknowledgement of the women stuck on Earth.

An engaging blend of modern-day interviews and archival footage, “Mercury 13” complicates the traditional narrative of triumph surrounding the Mercury missions of the ‘60s and their culmination with the moon landing. The surviving members of the test recall their extensive aviation credits, and eagerness to be a part of NASA’s landmark progress, while bemoaning the “cookie-cutter males” singled out for the first flights. The complaint is especially troubling in the context of movie populated by alternatives. “I think we all know why it didn’t happen,” says one woman in the opening minutes. “It was a good old boy network, and there was no good old girl network.”

Using ample testimonials to drive the story forward, the movie charts out the process through which former flight surgeon and NASA advisor Dr. William Randolph Lovelace ran an independently-financed “woman in space” study, catalyzing national media conversations about whether women belonged up there in the first place. The footage of the women enduring scrutiny about their qualifications gives the movie a tragic edge, one with particular resonance now. Among the Mercury 13 to speak with the press about her intentions of going to space, aviator Jane Hart is seen deflecting questions about her family life: “With eight children, you’d want to go to the moon, too,” she says, in one of several defiant moments that keep the movie involving even as its outcome has been determined from the start.

The movie’s living subjects speak up with spunkiness that wouldn’t look out of place in “The Right Stuff.” Wally Funk, a fast-talking pilot who taught herself aviation acrobatics, positions her attraction to the air as an extension of her individualistic mindset. When flying, she asserts, “you can do what you want to do. That’s how I feel, and that’s how I think.”

Unfortunately, NASA thought differently. “Mercury 13” chronicles the physically grueling tests the women endured under scrupulous laboratory conditions, which underscores the frustrating nature of the outcome: zilch. The movie is co-directed by Heather Walsh and David Sington, whose previous credits include the majestic portrait of the lunar missions “In the Shadow of the Moon.” The new movie amplifies a footnote to that triumphant tale, and owes much to the ire of its subjects that continues into the present.

In one of the riskier maneuvers, the filmmakers overlay footage of NASA missions with imaginary radio transmissions from the women denied the opportunity to participate. (“One small step for womankind…”) While it’s an obvious device, it speaks to the way that the first decade of NASA’s space missions obtained iconic stature in American culture, yielding an association between interstellar travel and masculinity that continued to overshadow the profession for decades.

At 78 minutes, “Mercury 13” underserves the epilogue to its titular characters’ plight — the eventual 1983 shuttle launch that brought Sally Ride into orbit, at last shattering the glass ceiling, and the first Space Shuttle commander, Eileen Collins, in 1999. Their successes are stuffed into a concluding chapter that could have benefited from more fleshing out, and the contemporary circumstances of women in the space program goes virtually untouched. Nevertheless, the movie does succeed at clarifying a familiar battleground.

Unlike the women of “Hidden Figures,” the “Mercury 13” fought for inclusivity in public, and the movie itself exists as a continuation of their cause. Already, news has circulated about a series based on the Mercury 13 story produced by Jessica Chastain, but there could be more updates down the line: With the space race accelerating faster than ever and talk of Mars missions around the corner, “Mercury 13” may inspire a reason for a sequel.

“Mercury 13” premiered at the San Francisco International Film Festival. It premieres on Netflix on April 20.

This Article is related to: Film and tagged Mercury 13, NASA, Reviews