Directors and producers who have had relationships with both Netflix and Cannes shared their thoughts on the ongoing divide between the institutions. 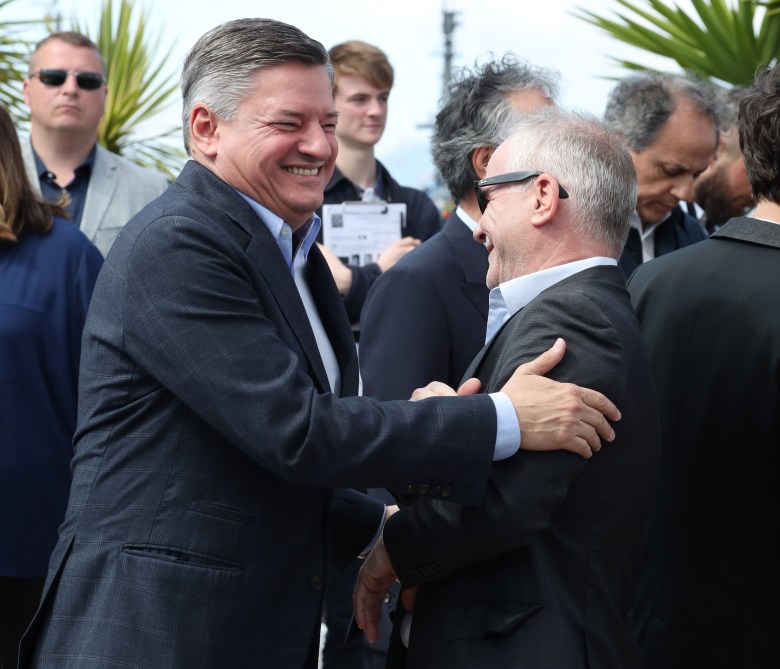 Cannes and Netflix could be a perfect match: the highest-profile film festival in the world and the film industry’s biggest disruptor, joining forces to sustain the future of the art form. For now, however, the two institutions are in a standoff that has no end in sight, leaving filmmakers and producers in a state of frustration.

After facing pressure from French exhibitors, Cannes added a rule in 2017 that required official competition entries to plan a French theatrical release. That’s a nonstarter for Netflix, since France mandates a three-year window before theatrical releases can be seen on streaming platforms. When Netflix and Cannes couldn’t come to terms, Netflix pulled all of its films.

The five titles included Alfonso Cuaron’s long-awaited return to Mexico with the 70mm “Roma” (which Cannes offered to play in competition if Netflix released the film in France) and the restoration of Orson Welles’ final feature, “The Other Side of the Wind.”

Let the petty long-distance defenses commence. “It’s too bad,” Cannes director Thierry Fremaux said at a press conference announcing the lineup. “They’ve set the tone,” Netflix’s Ted Sarandos told Variety. “I don’t think it would be good for us to be there.” (Fremaux remains optimistic: “We’re having constructive discussions with Netflix and the door is not shut,” he said, in another interview.)

Meanwhile, filmmakers and producers with connections to both the platform and the festival found common ground: This sucks.

“Netflix is currently unrivaled as a platform,” said producer Joshua Astrachan via email. He produced the Netflix-released “Tramps” and Jim Jarmusch’s “Paterson,” which premiered in competition at Cannes. Astrachan has embraced new models: “Tramps” was acquired by Netflix after its Toronto International Film Festival premiere, while “Paterson” was released by Amazon Studios.

Astrachan said he’s a Netflix fan. “I love it, watch it and am thrilled when films that I’ve made are on it, because I know the world can and will find them there,” he said. “The obvious question for all of us whose films premiere on Netflix is: How does a film stand out, how does the world find it in such an incredible, seemingly infinite array of content?” (Netflix did not respond to a request for comment.)

Astrachan acknowledged the satisfaction that comes with a warm festival premiere. “Sure, I miss the gathering of critical consensus and attention from press and audience that one at least hopes attends a festival premiere and/or theatrical release,” he said. “I think we need to get used to the new paradigm; it’s here to stay — and not unique to Netflix, even if they are the clear standard-setter.”

He summed up the matter in terms that resonated for many filmmakers impacted by this year’s showdown. “That Netflix and Cannes are not seeing eye-to-eye seems a complete shame to me,” he said. “I hope that there is a way through this in the coming years, and soon.”

One producer directly impacted by Netflix’s decision this year was Filip Jan Rymsza, who has been working on the restoration of “The Other Side of the Wind” for years in addition to producing Morgan Neville’s “They’ll Love When I’m Dead,” a Welles documentary also set up at Netflix. While “Wind” was initially offered an out-of-competition slot, “Dead” seemed like a natural fit for the Cannes Classics section. The night before the Cannes announcement, Rymsza sent a mournful note to the IndieGoGo supporters of “Wind,” acknowledging Netflix’s decision to pull the film. “Our film was selected to screen Out of Competition, as an Official Selection in the Grand Théâtre Lumière, so it was not directly effected [sic] by the ban,” he wrote. “What’s sad and most difficult to come to terms with is that everyone loses in this decision — Cannes, Netflix, film lovers and all of us who worked so hard on this historic endeavor.” He added that Fremaux had called the film “extraordinary” and that “no other festival premiere will rival what Cannes intended for the films.” He concluded: “There would be no ‘The Other Side of the Wind’ without Netflix, but that doesn’t lessen my disappointment and heartbreak.”

Another Netflix title that seemed like a strong contender for Cannes was Jeremy Saulnier’s “Hold the Dark,” the story of a writer hired to find a missing child in the Alaskan wilderness. It would have been a natural step up for a genre director whose “Blue Ruin” and “Green Room” had been previous hits at Cannes. Shortly after Netflix pulled “Hold the Dark,” Saulnier told IndieWire that he thought it was “a shame” and added, “I respect Netflix for carving new paths that bypass traditional methods of distribution to directly connect with a humungous audience. But both entities are evolving, and I think eventually they’ll work out their differences.”

Saulnier expressed particular frustration over the impact of the Cannes-versus-Netflix debate as it related to arguments about the definitions of movies. In March, while promoting the release of “Ready Player One,” Steven Spielberg said that movies on streaming services “deserve an Emmy, and not an Oscar.” Saulnier was having none of that. “With new distribution platforms and release strategies on the rise, I hear a lot of volleying back and forth in the trades as to what constitutes a movie,” he said. “I’ll happily stay out of that debate as long as I can keep telling narrative stories with other people’s money. Oscar versus Emmy? Not concerned.”

He noted that his filmography to date reflected the ever-changing nature of the distribution landscape: His 2007 debut “Murder Party” skipped a theatrical release to go straight to video, while “Blue Ruin” received a day-and-date release from Radius-TWC and “Green Room” received a traditional platform release from A24. “‘Hold the Dark’ will be something new, something different,” he said, adding that the film would come out sometime this fall. “But if anyone tries to tell me any of my modest movies aren’t actually movies they can kindly go stab themselves in the face several times and set themselves on fire.”

Saulnier’s longtime collaborator, Macon Blair, has his own angle on the issue. Blair, who wrote the “Hold the Dark” screenplay, also won the 2017 Grand Jury Prize at the Sundance Film Festival for his Netflix-produced directorial debut, “I Don’t Feel at Home in This World Anymore.” The movie skipped a theatrical release and came out on the platform a few weeks later.

As it turned out, the reality was I could make the movie exactly the way I wanted to with a great deal of freedom — especially considering I’m a novice — but without a theatrical run, or I could simply not make the movie at all,” Blair said. “It was a really easy choice to make.” “I Don’t Feel at Home in This World Anymore”

He acknowledged that, with a theatrical release, “there’s a tremendous amount of pressure on you in terms of getting out the vote, since the life of the movie is largely shaped by those initial box office numbers. With a Netflix release, the movie just kind of appears on the platform. They had done a nice bit of advertising with our movie, billboards and stuff, but it wasn’t this pressurized  effort to get people out to an art theater on Friday or Saturday. And in the year since then, it’s been a steady stream of people discovering the movie at their own pace.”

As usual, he had no access to hard figures about viewership on the platform. “The algorithm reads their mind and suggests it to them, or else it’s a word-of-mouth thing,” he said, “but either way, the movie seems to have been able to find its way to people over a much longer period of time.”

He talked through the backlash to the platform. “Do I want Netflix to eradicate movie theaters? Of course not,” he said. “Do I like the idea of getting to see Jeremy’s crazy new movie because Netflix was willing to make it, when others couldn’t make it work for their model? For sure. If the result is more people being able to see more movies for less money, it feels like a good thing, not as a replacement for the theatrical experience but an addition to it.”

Ultimately, resolving the Netflix/Cannes dilemma will need time. Whether that happens with France shrinking its theatrical window to appease the platform, or with Netflix allowing some of its titles to play at the festival, it seems inevitable that the conversations surrounding the clash will continue. And it points to a bigger challenge that the film industry faces as a whole.

“Let’s make films that are so distinctive and singular that the world will find them, even without a theatrical bow or festival release,” Astrachan said.  “That challenge is on us as filmmakers — let’s embrace it.”

This Article is related to: Film and tagged Cannes, Netflix