Benh Zeitlin, Jennifer Kent, and Damien Chazelle all got their start with short films. 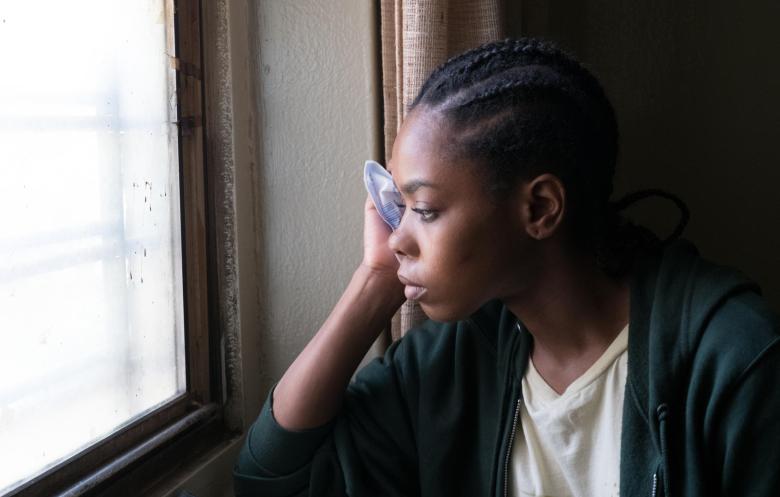 Following its Audience Award–winning debut at this year’s SXSW Festival, the coming of age sports drama “First Match” is now available to stream on Netflix. Directed by Olivia Newman, and starring Elvire Emanuelle as a teenage girl in foster care who joins an all-boys wrestling team to connect with her father, First Match is another in a long and impressive list of breakout independent features that were initially developed as short films.

Newman first tackled this story while a film student at Columbia in 2010 (you can watch that version here) before eventually expanding it into her acclaimed directorial debut, which you can watch here on Netflix. Newman translated the naturalistic and intimate feel of the short with help from DP Ashley Connor’s lyrically expressive handheld camerawork and backed by a largely female crew. In fact, 60% of the crew was female, and 75% of the department heads were female.

The short-to-film transition is a path that a lot of filmmakers take on the way to their first major work. But the more successful the feature, the more forgotten the short that inspired it becomes. So in honor of the little guy, here’s a celebration of some great short films that led to cinematic gold.

J.K. Simmons’ Oscar-winning performance is distilled to its vitriolic essence in Damien Chazelle’s wildly impressive short, which the first-time director was forced to make in order to assure producers that his feature script was worth backing. The short consists entirely of what would become the iconic “rushing or dragging” scene of the subsequent film, with Simmons hurling chairs and insults at young Johnny Simmons (excellent in the Miles Teller role) in an unforgettable display of real time dehumanization.

While Chazelle didn’t particularly want to shoot it, he later regarded the short as invaluable. Its visual rhythms and tone proved to backers that “Whiplash” wasn’t just some boring movie about jazz drumming, but in fact an edge of your seat thriller about jazz drumming. Obviously, the short was effective in getting the feature made. But what’s most impressive now looking back is not only how well it holds up as its own piece of short form filmmaking, but how other than the setting and actor, the same scene plays out almost identically in the Oscar-winning film – line for line, beat for beat.

Called “Baby Babadook” by director Jennifer Kent, the 2005 short film that inspired her breakout horror feature (and a new cultural icon) “The Babadook” is still an impressive assault on the nerves. Kent’s 10-minute “Monster” begins appropriately under the bed, watching as a young boy plays a little too roughly with a super creepy doll – a doll his beleaguered mother quickly shoves in the closet, where it comes to life and begins to terrorize her.

Shot in grimy black and white, “Monster” is a fine distillation of both the thematic and visceral horrors “The Babadook” is famous for. Maternal anxiety, cockroaches in the kitchen, and that long-clawed menace are all on display (although no top hat), rendering some truly terrifying moments that are far too rare in short-form horror. It may not have had a name yet, but Kent’s seriously scary precursor introduces us to a movie monster we won’t soon forget.

Almost ten years before their horror comedy What We Do in the Shadows hit theaters, writer/director/stars Jemaine Clement and Taika Waititi made a 30-minute rough draft of the same hilarious premise. A lot of the gags in this mockumentary about vampire roommates are basically the same and the budget is decidedly smaller, but the (largely improvised) jokes are just as fall-down funny – particularly Clement’s ramblings about non-wolf “Were”-creatures (he’s no fan of Weregeese).

One element that separates the short from the feature involves an extended sequence where the three vampires go out on the town in New Zealand, walking the streets in their Victorian garb. As they stroll in search of virgin blood, many real life pedestrians hurl homophobic slurs at them – creating an eye opening and disturbing moment in an otherwise delightful low-key comedy about the etiquette of corpse removal.

“What We Do in the Shadows” continues to have teeth and is now currently in development as a TV series at FX with Clement writing and Waititi (fresh off his massive success helming “Thor: Ragnarok”) directing.

“Beasts of the Southern Wild/ “Glory at Sea”

For most audiences, Ben Zeitlin’s audacious and visually stunning fable “Beasts of the Southern Wild” came seemingly out of nowhere. But Zeitlin had begun imagining the world of “Beasts” — with its storm-ravaged Louisiana setting and magical junkyard aesthetic — in his stunning short film “Glory at Sea!”

A young girl (akin to Quvenzhané Wallis in “Beasts”) narrates from far beneath the ocean as bodies float around her, drifting aimlessly in the deep after a massive flood has swept them away. When one of these bodies returns to shore, the survivors on land piece together a ship made up of whatever they can find and set sail to join those they’ve lost at sea. Made over five months on a $100,000 budget, “Glory at Sea!” is short filmmaking on an epic scale, and while it doesn’t have Lucy Alibar’s writing or Wallis’ breakout performance, this predecessor still manages to reach the sublime and joyous highs that made “Beasts” so unforgettable.

The synopsis is simple: A girl tells her sister that “Mama’s home” and quickly we learn that this is not a good thing. This bit of bite-size horror from Spanish director Andy Muschietti is just three minutes long and consists of essentially one long and terrifying take – but that was more than enough for Guillermo Del Toro to declare it “One of the scariest scenes I’ve ever scene.”

As a result of Del Toro’s fandom, he and Muschietti expanded the short into a surprisingly successful feature in 2013 starring Jessica Chastain, who is rumored to co-star in Muschietti’s second installment of his massively popular It adaptation. It just goes to show that sometimes three minutes and one scary idea are all you need to become a master of horror.

South African filmmaker Neil Blomkamp’s six-minute short “Alive in Joburg” was so striking that after seeing it, Peter Jackson hired him to direct his company’s Halo adaptation. That project never panned out, but Blomkamp convinced Jackson to produce a feature-length version of “Joburg” instead. The resulting “District 9” — an Apartheid allegory about alien refugee camps — is considered a modern classic of science fiction and one of the few in its genre to be Oscar-nominated for Best Picture.

Like “District 9,” “Joburg” is a mockumentary-style telling of an aliens coming to Earth and being forced to live in slum-like villages in Johannesburg. The special effects and storytelling are as remarkable in the short as they are in the subsequent feature, and the commentary on governmental oppression and xenophobia is equally direct and effective. There’s not much in “Joburg” that you don’t also get from “District 9,” but it’s still a jaw-dropping accomplishment that announced the arrival of a true visionary.