The great indie cinematographer on "coming back home" to work with long-time collaborators Ava DuVernay ("Central Park Five") and Andrew Dosunmu on the new film "Where Is Kyra?" 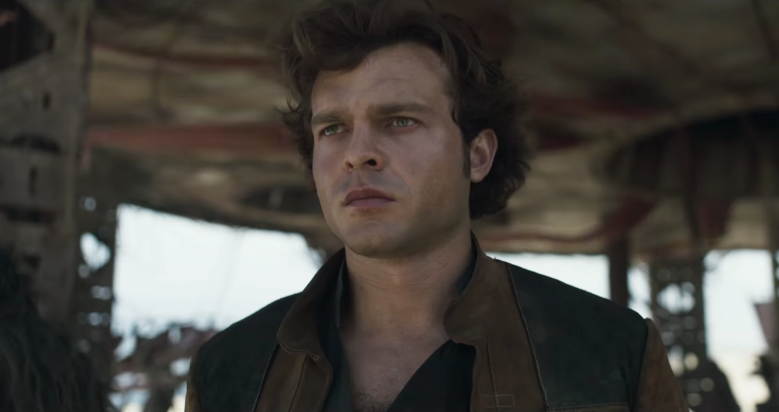 From Dee Rees’ “Pariah” to David Lowery’s “Ain’t Them Bodies Saints,” to the films of Ava Duvernay (“Middle of Nowhere”) and Andrew Dosunmu (“Mother of George”), no cinematographer in recent memory brings a visual boldness and mastery of craft to independent film quite like Bradford Young. And while Young has demonstrated the ability to work on a larger canvas — most notably with his Oscar-nominated cinematography for Denis Villeneuve’s “Arrival” — signing up for a franchise film like “Solo: A Star Wars Story” didn’t necessarily seem like a natural career trajectory.

“I still consider myself an independent, low-budget filmmaker,” said Young. “‘Star Wars’ is like a once in a lifetime, unexpected opportunity that you take because [there] might be space for your voice in there, but it’s not something I was asking for, or even envisioned for myself.” Bradford Young and Andrew Dosunmu on the set of “Where Is Kyra?”

Young made it clear he would never pitch Lucasfilm anything nearly as bold as how he shot Andrew Dosunmu’s “Where Is Kyra?”, which opened April 6 in New York and pushed the boundaries of low-light cinematography. However, he did present a clear vision of how he saw the “Han Solo” world, a visual approach that didn’t change when the film’s original directing duo, Philip Lord and Chris Miller, were fired mid-production and replaced by a very different type of director, Ron Howard.

“I’m not recreating myself on every film,” said Young. “I’m generally working toward one project idea, and they wanted that for the film. Even with other directors leaving and another coming in, I was able to sustain that vision. If I felt like I was losing my identity, I wouldn’t have stayed. I would’ve moved on to other things or I wouldn’t feel so enthusiastic about talking about the film. Everybody from top down was very supportive about me sustaining some level of my photographic identity in the film.”

Young wondered if he would have been a good a fit for one of the serialized “Episode” films in the Skywalker Saga, rather than a one-off like “Solo,” but emphasized that he never felt shackled or pressured by Lucasfilm.

“There was never a moment where I presented a level of darkness and I got some sort of above the studio pushback,” said Young. “To their credit, they asked me to come through the film.”

“Where Is Kyra?” starring Michelle Pfeiffer, is now playing at The Quad in New York and will be hitting theaters in Los Angeles on April 13 – the Monica Film Center in Santa Monica, Town Center 5 in Encino and the Playhouse 7 in Pasadena.

This Article is related to: Toolkit and tagged Andrew Dosunmu, Ava DuVernay, Bradford Young, Solo: A Star Wars Story, Where Is Kyra?