Lee will compete for the Palme d'Or at Cannes next month with the film, which stars John David Washington and Adam Driver. 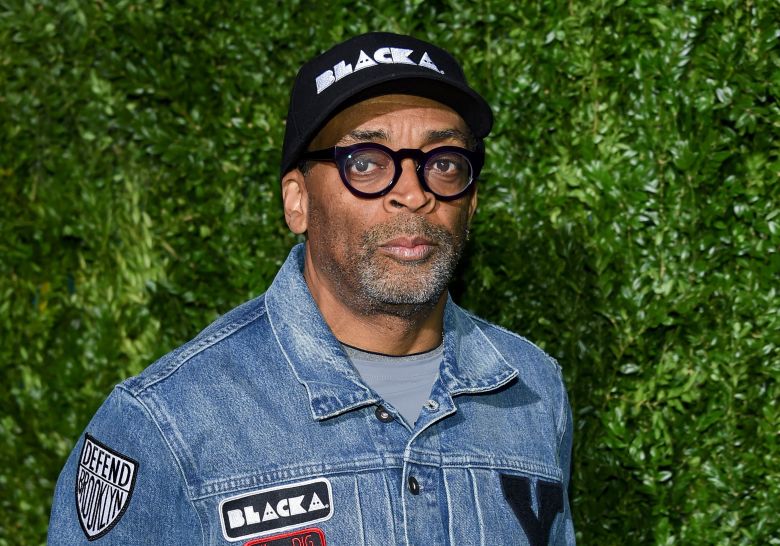 Before Spike Lee brings “BlacKkKlansman” to the Cannes Film Festival next month, he let CinemaCon debut the new movie’s first look. Focus Features’ premiere footage makes it clear that Lee is doing what he does best: Subverting genres and taking on a politically-charged story with his bracing comedic style.

“BlacKkKlansman” tells the true story of an African-American detective who infiltrated a local chapter of the Ku Klux Klan in Colorado Springs and became one of its leaders. The film stars John David Washington, son of Denzel Washington, in the lead role. The actor is best known for his role on HBO’s “Ballers,” and has a supporting turn in David Lowery’s upcoming “The Old Man and the Gun.”

“When I heard the name ‘Spike Lee’ and ‘true story,’ I was in right there,” Washington told press at CinemaCon. “I was hooked. There’s no sides or point of views. It’s just laid out: This is what happened.”

While some directors would envision the true story about the KKK as a drama, the footage at CinemaCon confirms Lee has made something of a buddy comedy featuring Washington’s detective, Ron Stallworth, and his partner Flip, played by Adam Driver. The tone was a shock but had the CinemaCon theater audibly laughing. Press took to social media afterwards to praise the humor and suggest “BlacKkKlansman” will be one of Lee’s funniest films to date. The footage shows Stallworth putting in a call to KKK leader David Duke, played by Topher Grace (producer Jason Blum says you’ve never seen a Grace performance like this one). Stallworth creates a racist white persona over the phone and recruits the caucasian Flip to embody the fake person in the flesh while meeting with KKK members. Flip is equal parts confused by the plan and game to try whatever his partner suggests.

Despite the film’s 1970s period setting (Lee seems to be having a blast with the period-specific costumes), the footage makes it clear Lee is going for the jugular by making sure his themes are relevant to today’s race struggles. One striking scene depicts a KKK member addressing a group and declaring, “America first,” which had many in the theater at CinemaCon thinking about Trump. Lee isn’t going to shy away from depicting KKK iconography, as the footage is full of Klan shots. One character remarks: “Oh man, can you believe how fucked this all is.”

“There are very serious underpinnings in the movie, but we’re definitely shining a light on how stupid, how idiotic, how small minded and really what bozos the Ku Klux Klan are,” Blum said about the feature.

First reactions to the “BlacKkKlansman” footage were largely positive, with many press singling out the chemistry between Washington and Driver as something to watch for when the film premieres next month. The film’s comedic leanings took many by surprise, but it’s further proof you can never anticipate what Spike Lee has in store. Blum defending the humor by saying the film’s wacky tone is essential in communicating the absurdity of the KKK.

Check out first reactions below. “BlacKkKlansman” debates in competition at Cannes next month and will be released in theaters August 10.

Here at the @FocusFeatures presentation at #CinemaCon and they just screened the first footage from Spike Lee’s #BlacKkKlansman, about a black cop who teams w/ a white cop to infiltrate the KKK. Has a wickedly absurd tone to fit a crazy real life story

What jumped out most was the chemistry between John David Washington and Adam Driver, who play the cops who actually pulled off this undercover operation. Imagine a familiar buddy-cop vibe but set in the ‘70s and with Spike Lee behind the camera #CinemaCon

LEMME TELL YALL I JUST SAW FOOTAGE FROM BLACKkKLANSMAN. #Spikelee has made a MOVIE y’all.

IDK, if #Cannes is ready for this but lord help me I can’t wait.

Focus Features showed an early trailer for Spike Lee/Jordan Peele’s BlacKkKlansman. No surprise, looks really good. Turns out making fun of the KKK looks to be a lot of fun.

My phone is dying, so quick rundown on @FocusFeatures #CinemaCon presentation:
-WON’T YOU BE MY NEIGHBOUR will surely win the best-doc Oscar
-BLACKkKLANSMAN looks like @SpikeLee‘s funniest film
-BOY ERASED is pure awards bait in best sense, and Lucas Hedges = the best …

The first clip of #BlacKkKlansman gets a solid reception at #cinemacon. Produced by Jordan Peele , directed by spike lee, with lead john david Washington (son of Denzel.)

The trailer ends with one of the Kkk’s (and also Trump’s) favorites mottos…. “America First.” #CinemaCon

Just saw some footage from BlackkKlansman (not a typo, that’s the title) that teams Spike Lee and Jordan Peele together for the true story about a black cop that infiltrates the KKK. Absurd humor and heavy material combined to make this look unmissable.

Focus Features showed a teaser for Spike Lee’s seriocomedy, #BlacKkKlansman, at #CinemaCon; the tricky tone of a black undercover cop that rises in the ranks of the KKK appears to embrace the absurdity of the true story. The movie debuts at #Cannes. Truth, stranger than fiction.

This Article is related to: Film and tagged BlacKkKlansman, Spike Lee