Sony Pictures Television president Jeff Frost gave IndieWire insight into how the studio became infamous for finding crafty ways to save many of its fan favorite bubble shows. 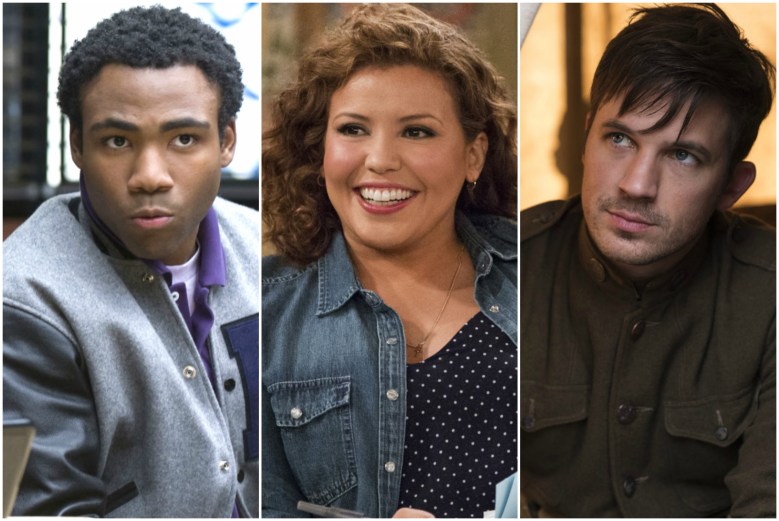 “One Day at a Time” producers, fans, TV critics, and other groups set social media abuzz last month to beg Netflix to save the critically acclaimed comedy from cancellation. Even The National Hispanic Media Coalition sent a letter to the streaming service to argue for the show’s continuation for its positive take on diversity, equity, and inclusivity. In the face of such an onslaught, Netflix renewed the series, starring Justina Machado and Rita Moreno, for a 13-episode third season, and fans celebrated — while also rightfully patting themselves on the back.

This narrative of saving a show – the mobilization, the Hail Mary communiqués and stunts, and the validating network renewal – has been a familiar exercise going back decades (when even “Cagney & Lacey” was renewed after a fierce letter writing campaign). But “Save Our Shows” campaigns rarely worked. Now, in the era of social media, these campaigns are much more frequent — and visible.

Most canceled shows are axed, of course, for a reason: They’re duds that no one watched. But as dwindling ratings (or, in the case of streaming services, no ratings at all) make it tougher to determine success vs. failure, there’s a growing conventional wisdom that networks and other platforms have more reason to factor in these campaigns into their renewal decisions.

Sony Pictures Television, the studio behind “One Day at a Time” and other shows with high-profile renewals such as “Community” and “Timeless,” has been perhaps the most active among studios in finding ways to save its shows. Studio president Jeff Frost told IndieWire that saving shows early in their runs (and banking enough episodes for a profitable afterlife) remain a priority.

“We have a long history of this,” he said. “I’ve been here for about 10 years, and as long as I’ve been here, that’s been our primary philosophy, keeping shows on the air and making sure the story continues to be told, especially where there’s strong fan base.

“Our creative producers, they’re our partners, and we’re as passionate as they are about what we produce. We want to make sure that they have the ability to tell the story that they want to tell. That’s what we do. And when you cancel a show early or you don’t allow a pilot to ever be seen, we think you’re cheating the audience.”

Of course, it’s expected that a studio would want to continue making a show because of the financial backend, but that isn’t always the case. Frost said, “It’s one of the reasons, but it’s not the most primary reason. Saving a show doesn’t necessarily mean you’re going to make a lot of money just because you saved it.”

So Your Show Is on the Bubble. Now What?

Most of the time, it’s easy to identify a show that needs a campaign behind it because it’s on the bubble. Low viewership places a show in that precarious position in which the network or platform still hasn’t decided whether or not do renew it. This can be a tense time for all involved, as all the jobs from the writers and actors to the production assistants and on-set tutors hang in the balance.

In the case of “One Day at a Time,” the production began to feel urgency a few months before Netflix actually had to make their decision to renew the show or let it join the growing list of canceled Netflix shows.

“The timeline would have been in May, when their option exercise date would have been,” said Frost. “Normally on a show like this, there’s the contractual timeline, and there’s a practical timeline. And the practical timeline was to pick it up now just because we had writers that we had to bring back. We had a schedule that we had to meet. So it was important for them to pick it up in this timeframe as opposed to waiting until the contractual date.”

The ideal situation, of course, would be a swift and straightforward renewal, but with the wealth of channels and platforms out there, continuing a show’s run elsewhere has become an increasingly viable option. Frost pointed to some instances of Sony TV’s biggest saves by shifting its show to a new network:

1) “Damages”: The FX legal thriller starring Glenn Close and Rose Byrne lasted on FX for three seasons before being canceled in 2010, at which point, Sony worked its magic.

“‘Damages’ was getting significant critical acclaim, also had a huge fan base, and we moved that show to DirecTV and the Audience Network. It was there for another two seasons as well.” “‘Community’ was always on the bubble, and we continuously convinced NBC to renew the series,” said Frost. “The ratings didn’t necessarily warrant it, and then ultimately when NBC canceled it for good, we actually were able to move it to Yahoo!, a digital platform, which was interesting.” That’s where “Community” finished out its sixth season goal. A movie has yet to materialize.

3) ”Unforgettable”: This CBS police procedural starring Poppy Montgomery was actually canceled twice. After the first time, CBS actually reconsidered, uncanceled it, and ended up airing it for two more seasons before canceling it again, leaving the show free to move on.

“‘Unforgettable’ was a show on CBS that did well in the first season, and then the ratings started to decline a little bit,” said Frost. “At CBS it was on the bubble, but we actually were able to convince them to bring it back as a summer series. And then when they canceled it, we moved the show to A&E, and it was on A&E for a season after that.”

4) ”Sneaky Pete”: The series co-created by Bryan Cranston and David Shore currently streams on Amazon, but it was intended for a very different berth initially.

“It was a pilot at CBS that CBS passed on,” said Frost. “We then shopped it around town, and we found a new home in Amazon, and Amazon picked it up. We had to change it slightly because it was more of a broadcast procedural when it was on CBS. We went for more of a serialized drama when it was on Amazon. In the first season, it was the No. 1 streamed show on Amazon in the U.S.”

In the case of “One Day at a Time,” moving the show from Netflix was not even considered.

“We could have, but it’s complicated,” Frost said. “We hate to do that because we think the best fit in most instances is on the originating network. That’s where its audience is, that’s where people know it, that’s where it’s gained its notoriety. So we try as much as possible to keep it with the original network. And on this one, we didn’t explore anything other than talking to Netflix about it, because we really wanted it to return to Netflix.”

Making a Case Beyond the Ratings Viewership may be the chief driving factor for renewing a show, but fortunately for fans, certain networks and platforms can be swayed by other factors as well. Prestige plays a big part in making the show attractive for renewal, especially if awards are involved. Case in point is The CW’s continued support of the creative musical comedy “Crazy Ex-Girlfriend,” co-created by star Rachel Bloom and Aline Brosh McKenna. The comedy doesn’t draw big numbers, but is a critical darling and has earned Emmy nominations, a rarity for The CW. During the January 2017 Television Critics Association press tour, network president Mark Pedowitz addressed the thinking behind bringing the show back.

“I know this is going to sound shocking. It has nothing to do with numbers,” he told reporters. “When you have great critical work on a critically acclaimed nominated show like ‘Crazy,’ it deserves to be picked up… It’s a perception… Critically acclaimed, great programming, sometimes you just leave it on the air. And, hopefully, it finds an audience. And I am hoping that happens. And if it doesn’t, I’ll have no regrets of having continued the series on Rachel and Aline’s behalf.”

Read More: ‘Crazy Ex-Girlfriend’ Used the ‘Dick in a Box’ Emmys Strategy for ‘We Tapped That Ass’

In “One Day at a Time’s” situation, Netflix indicated that it was on the bubble, although it didn’t release any viewership numbers, as is its practice. At that point, Sony had to figure out what other information we be valuable enough to convince the streaming giant to bring the comedy back.

“They really didn’t identify for us what their primary metrics that they were looking at, or what the issues were, other than just that the viewership kept it on the bubble,” said Frost. “And of course we had no way to verify or rebut that. Taking them at face value that the viewership was on the bubble, we knew we had to focus on these other areas that we actually do have some visibility into, and make sure that they were looking at that data as well.

“This had a significant fan base. Social media was talking about the show quite a bit. The creative was so strong, it was getting critical acclaim. So it was kind of taking a holistic approach with Netflix and just making sure they were aware of all these other areas that were important to the series. And I think that was a significant help.”

Page 1 of 2
Continue Reading: How to Save a Show: From ‘Community’ and ‘One Day at a Time’ to ’Timeless’ and Beyond

This Article is related to: Television and tagged Community, One Day At A Time, Sony Pictures Television, Timeless