The dangers of social media have dominated recent headlines. But an executive producer of "Elementary" is one of many TV writers finding a good use for Twitter. 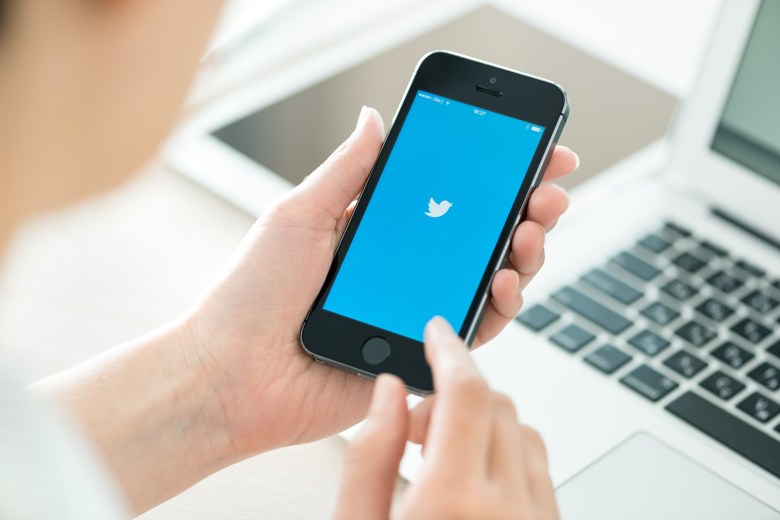 Just as there’s more TV than ever these days, viewers are also much more savvy to how this Golden Age operates. That’s partly thanks to social media, which helped democratize the TV process. For example, this month veteran TV writer/producer Robert Hewitt Wolfe started a conversation on Twitter that became, as Twitter itself now defines it, a “moment.” In an 11-part thread, he shared a number of writers’ room terms that he and other scribes have used over the years. They range from logical to absurd, depending on your knowledge of the TV landscape.

Take a “Gilligan Cut,” which Wolfe defined as follows:

"Gilligan Cut" AKA "A Gilligan" – A cut that reverses or undermines what's been set up in the previous scene. EXAMPLE: "Don't worry about Gilligan. He knows that jungle like the back of his hand." CUT TO: Gilligan sinking into quicksand. #TVWriting 2/?

"A Goatf^*&er" – A suspect whose alibi is so embarrassing and/or awful, the mere act of confession gives it credence. "I couldn't have killed him because I was busy having sex with a goat." Coined on #Elementary #TVWriting 5/?

Or a “Frankenstein Draft”:

Hence “Frankenstein” or “Voltron” which I and many others prefer.

It’s natural that every industry develops its own lingo — but perhaps because TV writers work with words all day, they seem to have a lot of fun generating these sorts of terms, which other writers chose to share in response to Wolfe’s original Tweetstorm.

The variety of words, Wolfe told IndieWire, didn’t really surprise him. Wolfe’s credits range from the iconic “Star Trek: Deep Space Nine” and cult Syfy favorite “Alphas” to, most recently, CBS’s “Elementary.” And so, “I’ve done a bunch of writers’ rooms, and every writers’ room has its own language based on where people came from and where they came up,” he said.

It’s not that using a specific slang term will identify you as a veteran of a specific room, he clarified:
“It’s hard to know because it’s an oral tradition — there’s not exactly a way you can go, ‘oh, you used that term, so you were on that show.'”

But he did say that rooms went to the effort of coming up with their own phrases, admitting that “we sometimes even go to the effort to come up with our own version of a few terms just for fun, internally. So we call things different things just to be, you know, different.”

In his experience, Wolfe felt that the biggest divide he saw in terms used by writers’ rooms didn’t have to do with specific shows but with genre: “There’s definitely a very strong divide in the language between comedy and drama writers rooms.”

During the Twitter discussion over terms, Wolfe said he learned about phrases like “clam,” which refers to a joke that totally fails. “In drama rooms, we’re not sitting there during dialogue passes on things,” he said. “I’ve never worked on that on a traditional comedy. So I don’t have that experience of pitching out a joke and having it completely fall flat.”

Meanwhile, there were some terms that represent the same concept, but varied from room to room, such as “hat on a hat” — Wolfe’s preferred variants on that premise, which is defined as “putting one cool idea on top of another until it breaks the scene,” mostly involve bananas.

More specifically putting one cool idea on top of another until it breaks the scene. AKA "Bananas on Bananas," "Bananas with Banana Sauce," "Too Many Notes, Mozart," and @IraStevenBehr's favorite "Too Much of a Muchness." #TVWriting

Wolfe’s Moment was just one of the many that occur often amongst the community of TV writers and TV enthusiasts who mingle on Twitter, one he chooses to engage with “as much as I can manage it.”

For, far from being a Twitter naysayer, he looks at the platform as an opportunity to engage with his audience. “I’ve been doing that for most of my career. I even used to go to the message boards back in the ‘Star Trek’ days… Obviously, Twitter is a bigger megaphone and also you have to be a little more precise in what you say. It’s a little tougher to have big discussions or going in depth on things — you can end up putting your foot in the mouth if you’re not careful.”

Added Wolfe, “I just treat it as another way to engage with the audience. That’s our job, right? Ultimately our job is to get the audience excited about and invested in the shows that we’re doing. If people watch the stuff we’re doing, then you know, 200 people stay employed. So that’s part of it.”

Plus, doing deep dives into the writing process gives those who might not otherwise know a new appreciation for the art form. “There are still people who ask us the same question people have been asking television writers for years — stuff like, you know, ‘What do you do? Do you just write for one character per episode? What parts do you do?'” he said.

Wolfe didn’t necessarily feel that explaining all these insider terms to aspiring writers would offer them an essential leg up in the future, if only because he felt that “there’s no shame in walking into a room and not knowing what a Gilligan is. I’ve been in rooms with guys who have been in the business for 20 years and don’t know what a Gilligan is — it’s not a term they’ve ever heard.”

But he did note that “learning these things, not these terms specifically, but learning all the stuff about how a writers’ room works is part of what happens when you are a writers’ room PA or a staff writer. You’re not expected to come in knowing all this stuff. It’s a craft and there’s sort of an apprenticeship.”

Ultimately, Wolfe said, “I don’t think [the writers’ room] is some sort of sacred space, particularly in how it functions. I wouldn’t necessarily want to have a microphone in the room as we’re doing the work we do, but I think that helping people understand, for example, that television is written by a group of people, and how that all works, enhances the craft of writing. That’s certainly something that I’m for.”

This Article is related to: Television and tagged Robert Hewitt Wolfe, Twitter