He and his brother Paolo directed such classics as "Padro Padrone" and "Night of the Shooting Stars" during a career that spanned more than 50 years. 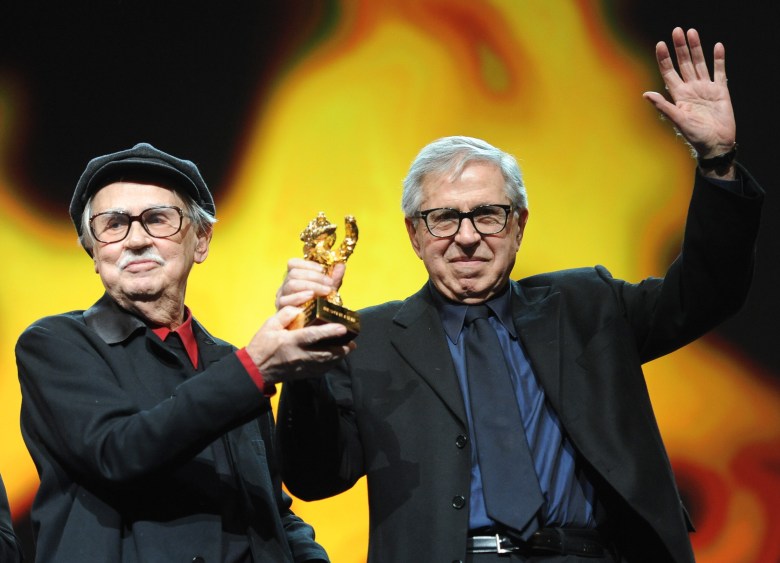 Vittorio Taviani, who along with his brother Paolo formed one of the world’s premier filmmaking duos, has died at age 88. His daughter confirmed the Palme d’Or, Golden Bear, and Golden Lion winner’s passing after a long illness. Beloved in their native Italy for decades and celebrated at film festivals the world over, the Taviani Brothers directed such arthouse classics as “Padro Padrone” (which won them the Palme in 1977) and “Caesar Must Die” (which took home the top prize from Berlin six years ago).

The two directed more than 20 films over the last 50 years, with “The Night of the Shooting Stars” winning particular acclaim at home; it was also awarded the Grand Prix at Cannes. In a statement, Italian president Sergio Mattarella called Taviani “a beloved protagonist of Italian cinema and culture” and said that the entire country is in mourning.

Born in the town fo San Miniato in 1929, Taviani most recently directed “Wondrous Boccaccio” with his brother, their follow-up to “Caesar Must Die.” The duo received a Golden Lion for Lifetime Achievement from the Venice Film Festival in 1986.

Update: Martin Scorsese has released the following statement about Taviani:

“Vittorio Taviani was a wonderful human being, a great director, and one of the rare modern Italian filmmakers to build from the precious source of Neorealism. The pictures that Vittorio made with his brother Paolo felt like direct outgrowths of that precious moment: handmade, rooted in common life and experience, alive to natural beauties and wonders. With his passing, we’ve lost one of the cinema’s finest artists.”

This Article is related to: Film and tagged Paolo Taviani, Vittorio Taviani