As the MCU Phase Three comes to a close, "Wolverine: The Long Night" is giving audiences brand new ways to think about and experience superhero stories. 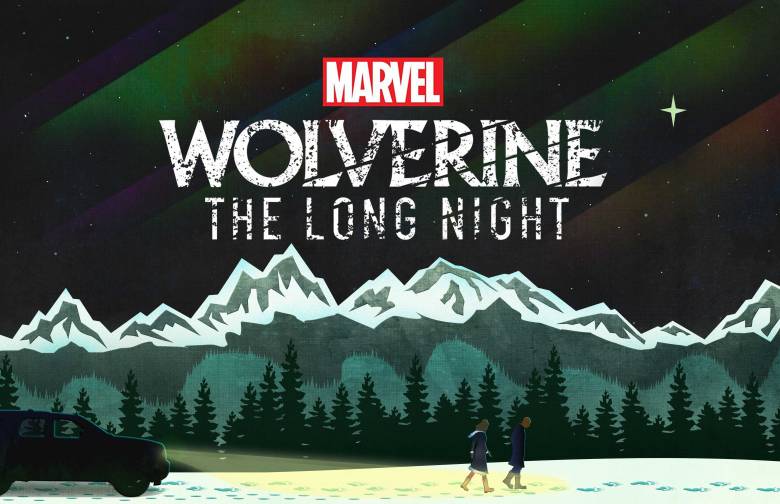 Marvel is on the verge of one of the biggest weekends in its history. With the release of “Avengers: Infinity War,” one film will bring together a laundry list of superheroes in one convenient place. Barring some miraculous surprise cameo, one character who won’t be a part of that team-up is Wolverine, the X-Men stalwart. But while he might be taking a break in the film world post-”Logan,” the character is alive and well in the world of podcasts.

“Wolverine: The Long Night,” the newest venture from Marvel and Stitcher, is a 10-part audio drama released in podcast form. Not only is the story the first of its kind for Marvel in this hyper-evolving podcast world, it’s wholly unique within the superhero world the way it uses its larger-than-life title character.

Rather than filter the story’s murder mystery through Logan’s eyes, “Wolverine: The Long Night” takes its perspective cues from a handful of law enforcement officials in the sleepy fictional locale of Burns, Alaska. Between the local cop, Sheriff Ridge (Scott Adsit), and a pair of out-of-town agents called in to investigate a series of grisly (and potentially, grizzly) murders, that unexpected focus makes Wolverine an in-story myth the way no other star-driven movie or TV show could. For writer Benjamin Percy, no stranger to the comics world, that was one of the biggest appeals of the project.

“Wolverine has a history of violence. He’s trying to escape that but is unable to, because he is the ultimate weapon. And you don’t leave a weapon like that lying around to rust,” Percy told IndieWire. “He’s been in the spotlight for so long. We’ve all read the comics and we’ve all seen the films and I wanted to make him into something mystifying once more. I wanted to relegate him to the shadows. I wanted him to feel like a threat. He’s been put forward as a team player so often that I think we’ve forgotten about the fact that he’s a true loner. I guess this was my attempt to re-mystify Logan.”

As the noir-tinged narrative plays out, “Wolverine: The Long Night” leans into the challenges of removing an entire sense from the audience experience. Much the way a camera can tell a story by moving through a scene, this series does the same with a microphone. Even though most of the conversations take place between a pair of characters discussing evidence of various crimes, it’s not limited to simple back-and-forth on the page. A handful of scenes even gauge the entire town’s response to the growing violence in their area.

There’s the feeling of uneasiness on a larger scale that comes from capturing that Alaskan environment. Using a recording process that let outdoor New York locations double for a place near the Arctic Circle, directors Brendan Baker and Chloe Prasinos were able to craft a soundscape that’s truly immersive. One main tool was a setup with an ambisonic microphone.

“It’s the same technology that’s now being used for a lot of virtual reality. So you get to have a single microphone that records in four different directions and then it records in the sphere,” Baker said. “And then after you’ve done recording, you can not only isolate sounds in any direction after the fact, which is kind of unique in terms of audio recording, but you can also hear sounds as if they were above you or below you or behind you. So we used both of those techniques as we were going to try to create this very three-dimensional soundscape.”

Part of the usual tricks of audio drama still applied. Centering the story on detective characters gave them a built-in excuse to talk to a number of individuals around Burns. Investigative conversations gave Agents Marshall (Ato Essandoh) and Pierce (Celia Keenan-Bolger) the chance for each character to remind whoever’s listening that they’re in any individual scene, absent the benefit of the audience just being able to see it for themselves.

But having that technological advantage of a surround-sound approach to the listening experience helped Percy do more in the writing of this series than just comply to the framework of the form or connect the dots of the mystery.

“In anchoring characters in a scene, you’d be thinking about, ‘OK, how can we make the most of this naturalistic environment at the atmosphere of it?’ Like maybe there’s an air conditioner hissing on the windowsill, maybe there’s a teapot that comes to a gradual rumble and whistle on the stove. Maybe there’s a chickadee chirping in the distance or a semi downshifting. And the great thing about the ambisonic technology that Brendan uses is that you truly feel immersed if you’re using headphones in this 3-D environment,” Percy said. “So it’s like I can hear somebody breathing in my ear behind me and I can hear the waves crashing on the distant shoreline not too far away off to my left and so on. We’re thinking about not just making our audience feel grounded, but taking advantage of the atmospherics and I think that there’s a great advantage actually when it comes to storytelling.”

The result is an audience experience that requires more active participation than any other medium. Superhero stories are perfect for taking advantage of spectacle and giving an audience a glimpse into something no mere mortal could ever hope to achieve. But for this story built on the basis of discovery and uncovering some unbelievable truth, “Wolverine: The Long Night” is a detective yarn that can take advantage of the inexplicable in a way few other shows can.

Page 1 of 2
Continue Reading: ‘Wolverine: The Long Night’: Marvel’s First Scripted Podcast is Doing What Their Films and TV Shows Never Could

This Article is related to: Television and tagged Marvel, Podcasts, Wolverine