Studios and theater owners are united against a common foe: Netflix. 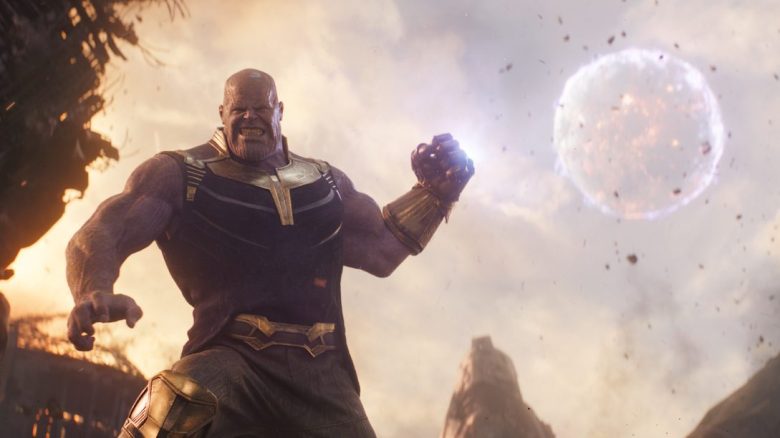 After a week of CinemaCon, it’s clear: Ground zero for defense of the theatrical experience is the Colosseum at Caesar’s Palace. “Our business rises or falls on the movies in our cinemas,” intoned National Association of Theater Owners president and CEO John Fithian at his annual state of the industry address. Later, new MPAA chairman Charles Rivkin echoed : “It’s hard not to believe in the future of theatrical.”

The message they delivered to their flock of some 5,000 exhibitors and other theatrical executives from across the world: The sky isn’t falling, not with $40 billion worldwide box office! The summer is jam-packed with blockbusters! We love the communal experience! Movies are empathetic, diverse, and original!

And yet. The motion picture industry stands on the edge of a precipice as studios are in flux, and North American theaters are struggling to fill their cinemas as they keep up with the pace of change and with a common rival: Netflix.

Here’s the best of what we learned at CinemaCon.

While Disney is known as a family-friendly platform with enviable IP from Marvel, Pixar, and Lucasfilm, what does this mean for the edgier, often R-rated content from the main Fox studio and Fox 2000, as well as Oscar-friendly specialty division Fox Searchlight? (At least Searchlight fills a niche Disney doesn’t have.) Will there be fewer theatrical releases as a result of the merger? Will they keep the production labels discrete on the Fox lot, or merge distribution, marketing, and back room functions?

On the tentpole front, Disney will surely embrace James Cameron and his “Avatar” sequels, and the Fox Marvel titles (R-rated “Deadpool,” “X-Men”) will return to their parent. But what happens to the mid-range movies, like “The Post,” which don’t fit the Disney model?  Will the enhanced Disney respect traditional windows? Robert Iger has pushed for shorter windows in the past, but has since upheld 90-day theater exclusivity and has not expressed interest in early premium VOD releases.

Only Iger knows these answers, but even Snider admitted that studios favored short-term gains at the expense of looking at the longer picture, as they try to navigate replacing dwindling ancillary revenues by charting new territory.

“As a 30-year lifelong studio executive, I can see the pressure that the studios have to not only create size and heft in the marketplace,” she told me at one panel, “but to also look at the cost of making theses global films and the cost of acquiring an over-the-top customer. When you account for revenues over windows, it’s not a surprise when you start to see that home entertainment levels out and TV distribution becomes a risk-benefit trade-off. Do we sell TV distribution rights? When you face window revenues tapering off, you have to create an on-demand opportunity; the cost of a movie, the cost of acquiring a new subscriber — you can see it when you do a P&L and you cross your fingers that the revenues will take care.” Adam Sandler and Ted Sarandos at Cannes with “The Meyerowitz Stories.”

2. Netflix is a feared rival.

As Netflix targets $8 billion in content spending for 2018 alone, laying mega-budgets on “Bright” and “The Irishman” and pulling its auteur content out of Cannes contention, NATO and the studios are reaching out to filmmakers to convince them they’re better off getting branded by critics, advertising and word of mouth in theaters. (NATO has blasted out to their membership pro-theatrical promo videos to post on social media.)

Fithian loves to repeat the example of “I, Tonya” star and producer Margot Robbie insisting on a contract that enabled the filmmakers to reject a bid from Netflix and accept a lower offer from Neon, which delivered a robust theatrical rollout ($30 million domestic) with three Oscar nominations and one win. Can Netflix do that? he argues. “People want to know about movies. They want something to be recognized.”

While Steven Spielberg insists Netflix should be considered in line for Emmys only, Netflix chief content officer Ted Sarandos still fights for the top filmmakers, luring them with minimal theatrical exposure but substantial Oscar campaigns. (Landing in that zone is as rare as a full-on theatrical release.)

Of course, if distributors won’t back or buy a given title, then Netflix makes a viable alternative. Did Dee Rees and her team come out ahead after Netflix picked up “Mudbound” at Sundance when nobody else would? Damn straight: The movie scored four Oscar nods. But the majority of Netflix movies get buried in the service’s giant maw.

As usual, these discussions among the likes of Kevin Tsujihara at Warners, Jeff Schell at Universal, and Jon Feltheimer at Lionsgate happen behind the scenes, one on one (if studios collude, it’s restraint of trade). But they can’t seem to come to terms with the theater chains. 4. Paramount is coming from behind.

Former Fox co-chairman Jim Gianopulos is working hard to revive the studio — and crowing about sleeper hit “A Quiet Place” — as he tries to revitalize (tired) franchises like “Mission: Impossible” (Tom Cruise put on a good show about his skydive stunt and is ramping up another “Top Gun” sequel) and producer J.J. Abrams’ “Star Trek” (which now has a female director).

Following the studio-chief playbook, he’s doubling down on established IP from Hasbro. Studio producer Lorenzo Di Bonaventura is charged with keeping alive the “G.I. Joe” and “Transformers” franchises, with “Bumblebee” directed by Laika animator Travis Knight and stars Hailee Steinfeld and John Cena. “Micronauts” is coming for 2020, along with “Dungeons and Dragons.” (Hey, remember “Battleship”?)

In January, Gianopulos installed producer Wyck Godfrey (“Love, Simon” “Twilight Saga,” “The Fault in Our Stars,” “The Maze Runner”) as production president to jumpstart development. Ang Lee’s tech-fest “Gemini Man,” from producer Jerry Bruckheimer, is not due until October 2019. James Cameron is producing the latest “Terminator” installment reuniting Linda Hamilton and Arnold Schwarzenegger. And long term, you can be sure Gentleman Jim is trying to lure Cameron after he completes his “Avatar” deliveries at Fox.

The Paramount Players division, lead by AwesomenessTV founder Brian Robbins, is targeting IP at niche segments including young, family, female (really?), and urban via waning Viacom outlets such as Nickelodeon, MTV, Comedy Central and BET. So far, upcoming titles (“Dora the Explorer!”) seem fairly uninspired. Neophyte Paramount Animation has yet to follow up Gore Verbinski’s “Rango,” but should get back on track under respected ex-DreamWorks exec Mireille Soria. While each studio presentation represented a different corporate personality, so much was the same. No more talk of collapsing windows. Sony loves “originality,” but virtually every project was a franchise, sequel, or stemmed from outside IP. Universal still loves its horror, giant dinosaurs, “The Grinch,” and Illumination franchises “Secret Life of Pets,” “Minions” and “Sing.” Warner Bros. showcased a new comedy, “Tag,” which is based on a true story and looks like a reboot of “The Hangover.” (It even stars Ed Helms.)

Theaters are begging for more movies in the $50 million-$100 million range to fill their screens, but the studios are increasingly disinterested. As the studios look for growth outside North America, they increasingly target movies overseas like domestic disappointments “Pacific Rim Uprising” and “Tomb Raider.” Finally, theaters look to the indies to fill that hole, among them Annapurna-MGM, STX, Global Road, A24, Entertainment Studios, and Neon. “We need our own local film market,” Fithian told IndieWire. 7. Amazon Studios is sticking with arthouse.

Amazon believes in the indie theatrical business as a way to increase recognition and value for a title, while Netflix only does a 10-day run in major cities to placate filmmakers. Among Amazon titles promoted at CinemaCon, father-son addiction drama “Beautiful Boy” looks like a strong Oscar play, while Luca Guadagnino’s remake of Dario Argento’s “Suspiria” grabbed attention with a bone-crunchingly horrific dance sequence.

8. MoviePass is a force for good.

While theater owners disparage the MoviePass business model as unsustainable (and indications are they’re absolutely right), no one can knock MoviePass for building a younger customer base that’s accustomed to subscription services like Netflix. Cinemark CEO Mark Zoradi claims early success with Movie Club, its own subscription service and loyalty program, which offers a monthly fee for one free ticket, no online ticketing fees, and concession discounts. And Regal‘s new owner Cineworld is likely to bring its $25-a-month model from the UK.

“More tools and data allows us to know our customers,” said Cinepolis CEO Alejandro Ramirez Magaña. “Social media allows us to interact with millions of fans and followers. It’s an integral part of our business. The potential to create value from information directly from our customers is immense, with online ticketing and loyalty programs.”

If nothing else, MoviePass succeeded where everyone else failed: It convinced studios and theaters to realize they need to mine customer data, and fulfill a demand for lower ticket prices that bring back event-only moviegoers.

This Article is related to: Film and tagged Box Office, CinemaCon, MoviePass