The series is still rehashing the past, even as it finds new secrets to reveal. 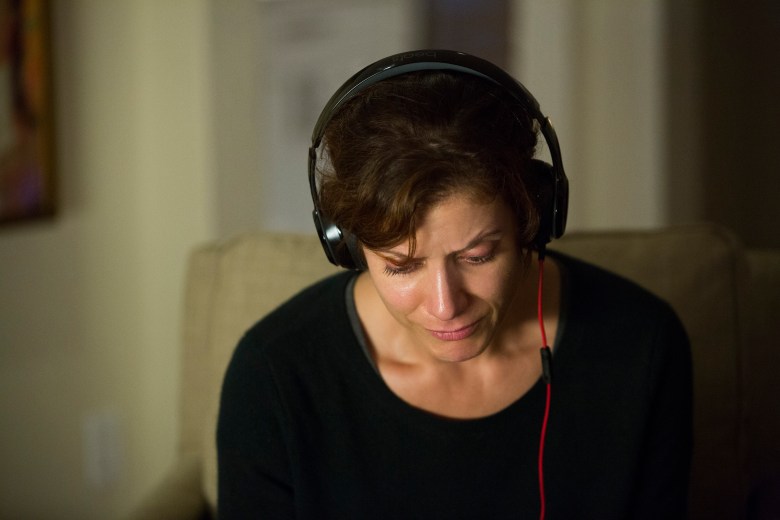 “13 Reasons Why” might be the most adolescent TV show ever made in terms of how it reflects that specific demographic — with all its warts, problems, and kindnesses. It’s a show built upon raw emotion, for better and for worse, which has made it so electric for viewers, despite its flaws. It’s a show about when the worst happens and how we try to cope with it, a trend that continues in Season 2, albeit in unexpected ways.

Season 1 of the Netflix drama introduced us to a small community that had been recently rocked by the suicide of Hannah (Katherine Langford), an event that Hannah chose to explain via cassette tapes passed around among teens and adults alike. Her story included depression, bullying, violence, and sexual assault, all of which cumulated in her decision to take her own life; it was engrossing but difficult viewing, even with occasional issues of “Netflix bloat” that kept episodes from playing as tightly as they could have.

Season 2 continues the story, resolving a couple of key cliffhangers from the end of Season 1 (including the attempted suicide of another student, which dominates a surprising amount of the narrative). After years of covering Netflix shows, “13 Reasons Why” remains the only series this critic has reviewed that includes a content warning, and to be fair, that warning is consistently earned, including now, as old wounds are revisited and new ones are revealed.

Hannah still haunts the show (in a pretty literal way, appearing to Clay in the form of visions only he can see) but this isn’t the boldest choice of Season 2 — instead, that would be the decision to not just reopen parts of Hannah’s story, but directly challenge her original version of events with new facts, including previously unknown relationships that change our understanding of the events of Season 1. At least one of these choices is the lynchpin for one of the season’s best episodes, focused on Zach (Ross Butler), but in the greater context of the series, it’s a questionable move. That said, it’s still captivating viewing. What made the first season of the series so compelling was the way it managed to build the story of Hannah’s death as a murder mystery (despite the fact that there was no murderer), using the cassette tapes passed around by Clay and others as a device around which each episode was focused. Season 2 is a little less structured in this regard — rather than use tapes as the guidepost, each episode focuses on a student who’s testifying in the lawsuit that Hannah’s parents have brought against the high school they feel failed their daughter.

That said, it makes you appreciate the difference between a storytelling gimmick and a legitimate structural element; by establishing a new framework for Season 2, the show proves it doesn’t need one.

This doesn’t mean that the writing is flawless. As mentioned, this is not a show that specializes in nuance; there are a few key sequences that trip so badly into cliche that you almost expect a complete reversal on the tropes, because really, the writers really wouldn’t do that, right? The answer is yes, the writers would, to a degree that’s almost insulting.

But again, this is not a show that deals in subtleties. After the release of Season 1, “13 Reasons Why” was criticized by many (including IndieWire’s own Jude Dry) for its initial lack of engagement with the very real issues investigated; Season 2, meanwhile, ends every episode with a reminder and link to additional resources for those who might be in crisis. There’s a new engagement with the need to tell this story responsibly, and the creators are to be admired for that. Really, the biggest problem that Season 2 doesn’t really confront is where exactly the show goes from here; how much more mileage there is in this car. Hannah’s death may be in the past now, and while there are a few key twists to the season that keep the action from being all about one girl’s suicide, the fact remains that it’s still the event that drives the series… to the degree where you wonder if we’re ever going to be able to move on.

“13 Reasons Why” remains remarkable, in the realm of young adult television for its ruthless dedication to treating its teenagers like adults. Not that they are adults (well, within the context of the narrative, though there are definitely a few actors in the ensemble stretching their believability as high schoolers), but the emotional journeys of these characters aren’t discounted because of their age; their angst is given the same sincere consideration of any adults.

And that gives it value and power, especially as it continues to investigate the bottomless nature of sadness at the core of its premise. Does anyone really ever move on from a first love or a lost child? This is a show marinated in grief, to a degree where at times it’s a source of real catharsis, pushing stars Dylan Minnette, Kate Walsh, and more to their limits.

“13 Reasons Why” features no shortage of missteps. But it’s a show that so deeply feels for its characters, so deeply feels these scenarios, that it’s hard to be mad at it. At its core, it’s a show about young people on the cusp of discovering everything good that the world has to offer them, more often than not are slapped down by life’s toughest realities. The show doesn’t offer solutions, but it does offer empathy. And sometimes, that’s exactly what’s needed.

This Article is related to: Television and tagged 13 Reasons Why, TV Reviews