Chastain thought up the concept herself, about a quintet of secret agents from different countries. 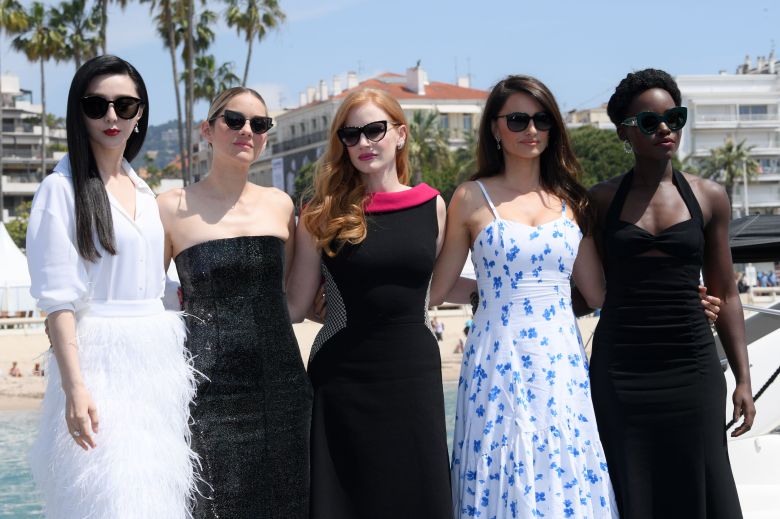 Thursday at Cannes, A-list actresses from five nations courted international and domestic buyers with a ensemble spy film they hope to make in the tradition of “The Bourne Identity.” Deadline reports that Jessica Chastain thought up the idea for “355,” taking the name from Agent 355, an unidentified woman who worked as one of our nation’s first secret agents during the American Revolution. The “Zero Dark Thirty” veteran found an instant champion for the project in Simon Kinberg, her director in next year’s “X-Men: Dark Phoenix.”

“Cat Woman” and “Harriet the Spy” screenwriter Theresa Rebeck has already penned the script, which Kinberg wants to direct, envisioning a future franchise (“X-Men: Dark Phoenix” is his directing debut; Kinberg is best known as the producer of  the “Deadpool” franchise, “Logan,” and “The Martian,” for which he earned an Oscar nomination). With her company Freckle Films, Chastain will produce and also co-star, alongside very famous natives of Spain (Penélope Cruz), France (Marion Cotillard), China (Fan Bingbing), and Mexico (Lupita Nyong’o).

Cruz also stars in the film that opened the Cannes Film Festival Tuesday, future Focus Features release “Everybody Knows.” Meanwhile, Nyong’o is in negotiations to take a lead role in Jordan Peele’s just-announced “Get Out” follow-up, “Us.”

On May 9, “355” secured French distribution from SND, the first of many such deals the filmmakers hope to ink at Cannes. The “355” cast teased the undertaking this week on social media with the hashtag #CannesYouHandleUs.

This Article is related to: Film and tagged 355, Acquisitions, Cannes, Jessica Chastain