Adam Nagaitis' performance as the series' creeping antagonist is as complex as the personal backstory the show let him write for himself. 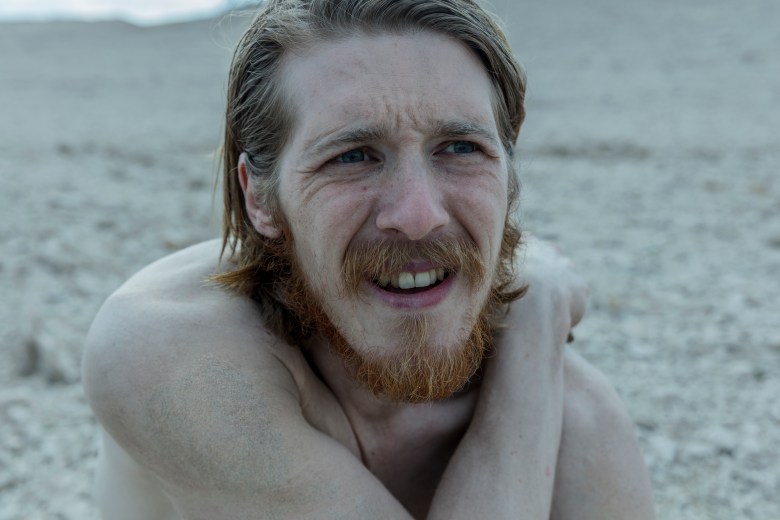 Part of the tragedy of “The Terror” is the slow realization that the men at the center are caught in an impossible confluence of deadly forces. If the freezing temperatures don’t get them, there’s poison in the very food they eat. If they manage to escape the timeless creature off in the distance, the machinations of their shipmates might be an even greater concern.

Enter (the man who claims to be) Cornelius Hickey.

Played in the AMC series by Adam Nagaitis, this shadow Hickey is quickly proving to be one of the show’s pivotal chess pieces. A mutinous petty officer who’s shown an explicit capacity for killing and an unrepentant attitude toward dividing the Terror’s survivors to better serve his plan for survival, Hickey’s been the beneficiary of the crew’s uncertainty. After a last-second attack spares him the hangman’s noose at the end of “Terror Camp Clear,” he’s once again escaped.

“He’s malleable. And he’s practical, so he doesn’t hold on too tight to what perhaps society would suggest you should adhere to. He’s a modern man, but in the 1840s,” Nagaitis told IndieWire.

Maybe the best example of that malleability is the idea that Hickey isn’t actually Hickey at all. Through a handful of scenes from last week’s episode, “Horrible from Supper,” “The Terror” confirmed something that had been simmering under the show’s surface, that there was far more to this scheming figure than he let on to his closest of on-board companions. A pair of scenes shows that the man the crew knows as Hickey has been living under the assumed identity of a dead man for the entirety of the expedition. For series executive producer Soo Hugh, the goal was to use this reveal as a way to enforce an idea that the audience may have sensed for over half the season.

“Hopefully they’ll feel that if they’ve read this character through the whole series that the mileposts have always been there, that the architecture of illusion has always been there. Our point of revealing that Cornelius Hickey is not this person is not at all to play a shock moment. It’s the reverse, to say this was inevitable for this character,” Hugh said.

Hickey serves an important role in the series, providing a human counterbalance to the havoc that the Tuunbaq has wreaked on and off the ship. But like other men in the series, including Captains Francis Crozier (Jared Harris) and John Franklin (Ciarán Hinds), Cornelius Hickey was an actual recorded member of the real-life expedition that helps form the basis for the series. Removing the character’s misdeeds from a historical figure was a conscious decision on the part of “The Terror” creative team.

“It stemmed from our mutual agreement in the writers’ room that we weren’t comfortable pinning some Hickey’s crimes onto someone who actually lived,” executive producer David Kajganich said. “This was an interesting way that only helped us in our genre storytelling, but to release the descendants of Cornelius Hickey from having to feel like we had somehow played irresponsibly with an actual person who had lived.” One of this mysterious figure’s most significant crimes is his killing of John Irving, witnessed at the end of “Horrible from Supper.” It’s a silent, meticulous slaughter that’s chilling in how straightforward and silent it plays out on screen. The filming of that sequence was just as crystallizing a moment for Nagaitis to film as it is in how the series unfolds for the viewer.

“The murder of Irving actually was a turning point. That’s when the practicality kicks in. I just had this desire to show how efficient a killer can be. Not romantic murder, but just real efficient, practical death. That was really important that we showed that, that we wanted it to be as brutal as it should be,” Nagaitis said. “It occurred to me then the power that he developed, the ability to control himself like that. It’s difficult to explain, but when you know that you’re capable of doing that and you’ve done it, then you know how dangerous you are, an aura just sort of comes over you and you don’t ever need to do it again. “

Separating Hickey from his historical counterpart meant that both Nagaitis and the show around him had the opportunity to develop an entirely new person. Without a historical record to build around, Nagaitis used part of his production prep to better inhabit that mindset.

Read More: ‘The Terror’: Inside the Making of That Staggering, Series-Altering Carnival Sequence

“For the seven or so months of filming, I spent most of the time on my own. I isolated myself a lot and did a lot of boxing and didn’t eat a lot of food. There’s a hunger to Hickey. There’s a pureness and a cleanliness, and he enjoys the challenge of being hungry and being lean and being fast and keeping his mind sharp,” Nagaitis said.

As with most effective on-screen portrayals of villainous characters, you never get the sense that Hickey is a pure agent of chaos or causing tumult among the crew just because he can. He’s not a secret hero, but the writing of the character and his clinical efficiency within this story make for something far more than a mustache-twirling super nemesis that a different show might have set up from the beginning. You may never sympathize with Hickey, but it’s clear that he’s being driven by a very specific governing set of rules that he thinks will help his chances of survival.

“The moral stuff, it’s funny how quickly that goes out the window, how quickly you agree with what he does because I never once in the entire time did I question anything that he did. It was completely logical to me,” Nagaitis said. “The beauty of the writing and of what the show does is that it allows you the conversation without just giving you a clear antagonist. It says, ‘Please follow the journey of this particular person and see if you relate to any of the choices made or any of the impulses or any of the things that instigate and catalyze this journey. And I dare anyone to say that they can’t, that they’re not in some way understanding of certain things that he does during the show. Obviously not killing somebody. But it is difficult the way they blur that line.” “The Terror” is often built around what isn’t visible: showing only the Tuunbaq’s paws at first, cutting away from scenes at jarring intervals, jumping forward in time. Even though that overwhelming push to survival comes across in the actions that this Hickey takes, there was an added challenge to give the audience a sense of where this human came from.

“It’s certainly something we talked a lot about in preparing to start shooting his scenes, that this is a character who stepped into a horror movie well before the show begins. This is somebody who’s already in the middle of a survival story when we meet him, unlike the rest of the characters around him. So when the Arctic survival story kicks in, he’s not fazed by it because he’s been using those tools and resources and in his own self for, for a long time.”

The specifics of that backstory remain a mystery, but Nagaitis explains that he saw his Hickey as a distinct product of an environment, of someone “determined not to be a victim.” In some ways, in the midst of a series brimming with the pitfalls of colonial hubris, Hickey is a testament to the idea that the society that helped make this expedition possible also abandoned many of the people it meant to serve.

“The thought pattern in my mind playing him wasn’t that he doesn’t feel these things. It wasn’t ‘I feel nothing.’ It’s that you are truly your own master and you question everything. Society tells you not to murder somebody else because, you know, 100,000 years ago it wasn’t good for the tribe if murder was permissible because you wouldn’t get very far fighting enemies. And Hickey knows these things and he thinks about these things and he thinks, ‘Well, that doesn’t mean it’s good or bad. If you remove God from the equation, you have an open book.’ And what he sees is the control that dominates the empire that he’s lived in that he resents so much, that he sees the lies and the nonsense and the corruption and the hypocrisy of it, and it makes him sick. And so he chooses not to play those games,” Nagaitis said. “Perhaps in a different world, Hickey would’ve felt great empathy and great emotion, but in the life that he chooses to live inside his mind, he knows the only way to survive this life he’s learned is to be practical and to follow that deep voice inside that says that anything is possible until you ask permission.”

To help navigate the psychological maze that this character represents, there was one key piece of the Hickey impostor’s backstory that was Nagaitis’ to figure out for himself: the character’s real name.

“They let me do it. They let me go off and write the history and say, ‘This is his name.’ And then they allowed me to engrave it into Hickey’s cupboard, the cubby hole that you see being closed in Episode 7. When Crozier sees ‘E.C.’ in the abandoned ship, he doesn’t know who’s written it because there’s nobody on board that has those initials,” Nagaitis said. “That’s the only clue that we ever give in the whole thing who this person might be. It’s Hickey’s little gift to the world, to say, ‘I was actually here.'”

This Article is related to: Television and tagged Adam Nagaitis, AMC, The Terror