This weekend also saw Gabrielle Union in a sleeper, with "Breaking In" looking like another low-budget hit from Will Packer. 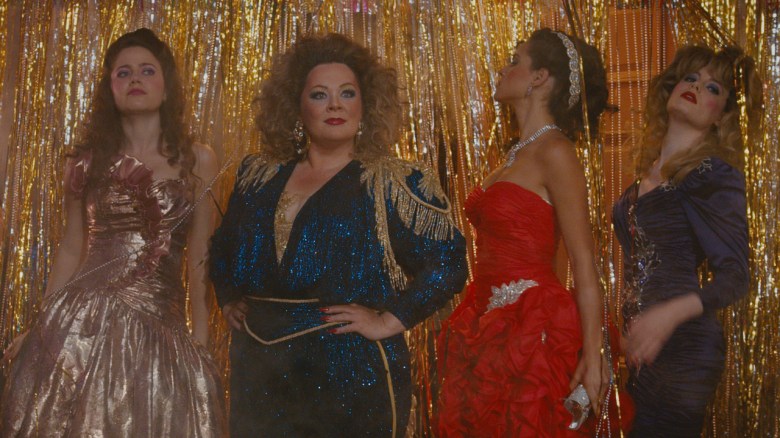 All Marvel, all the time. At $61.8 million in its third weekend, “Avengers: Infinity War” had a higher gross than any opening weekend this year (other than its own, and “Black Panther”). That will continue with the release of “Deadpool 2” this week — presumably the last Marvel movie from 20th Century Fox, pending the Disney takeover.

This trio reinforces the sense that Marvel is the biggest force in global cinema, more than even the Star Wars franchise. (“Solo: A Star Wars Story” May 25 will be a chance to counter that belief.)

“Infinity” grossed $547 million in 17 days. That is second best (in adjusted grosses) ever for that brief period, behind only “Star Wars: The Force Awakens.” Its third weekend total is just behind the adjusted gross for “The Avengers” and “Black Panther” at the same point.

A $200 million opening in China, the last major country to open, propelled the worldwide gross for “Infinity” to $1.6 billion. That places it ahead of all films since “Star Wars: The Force Awakens.” It has a shot of reaching $2 billion, though will likely fall a little short of “Force.” “Deadpool 2,” and then “Solo,” will slow it down — but that’s a blip in its outstanding showing.

Mother’s Day is one of those holidays that lead studios to program to the event’s subjects. That meant two releases with female leads: “Life of the Party,” which grossed $18.5 million, and “Breaking In,” which grossed $16.5 million. However, it’s the lesser gross that’s more impressive thanks to a combination of expectations and costs.

“Party” stars Melissa McCarthy, her first film since “Ghostbusters” (which, despite its financial failure, was the biggest-grossing domestic live action comedy of 2016). For the third time, husband Ben Falcone directed.

None of her post-“Bridesmaids” titles found critical support, so the mediocre response here doesn’t seem to be a major factor. However, she’s starred in seven other films, all of which opened between mid-$20 million to upper $40 million. That’s a stark contrast. She also had a number of factors that should have supported the release: It’s her first big comedy in almost two years, it’s a holiday, and there isn’t much comedy competition.

One difference is the PG-13 rating; she’s thrived in raunchier, R-rated comedies. In any event, the film’s $30 million budget, likely equal marketing costs, and less-than-guaranteed foreign returns suggest this might struggle to make a profit. That’s not the case for the thriller “Breaking In,” starring Gabrielle Union as a woman defending her family from home invaders. From producer Will Packer, who’s provided a string of low-budget successes to Universal (“Ride Along,” among others), its $6 million budget and more-targeted marketing should lead to a decent profit.

Total box office came to around $135 million, nearly equal to last year. 2018 is up about five percent from last year (mostly due to Marvel), with the rest of this month looking to boost the increase decidedly higher.

The rest of the top 10 is notable for strong holds. The biggest drop came from “Black Panther” (-40 percent), now up to $696 million but also available for streaming. “A Quiet Place” continues its stunning run with only an 18 percent drop in its sixth weekend.

The second weekend of Mexican comic Eugenio Derbez in “Overboard” had a hold with 31 percent down, with nearly $30 million so far. Also impressive is “RBG,” the documentary on Supreme Court Justice Ruth Bader Ginsberg; it made the no. 10 slot in just 180 theaters.

This Article is related to: Film and tagged Box Office, Breaking In, Life of the Party, The Avengers: Infinity War