From bizarre and frightening to hilarious and heartbreaking, each "Atlanta" episode offers a unique entertainment experience. 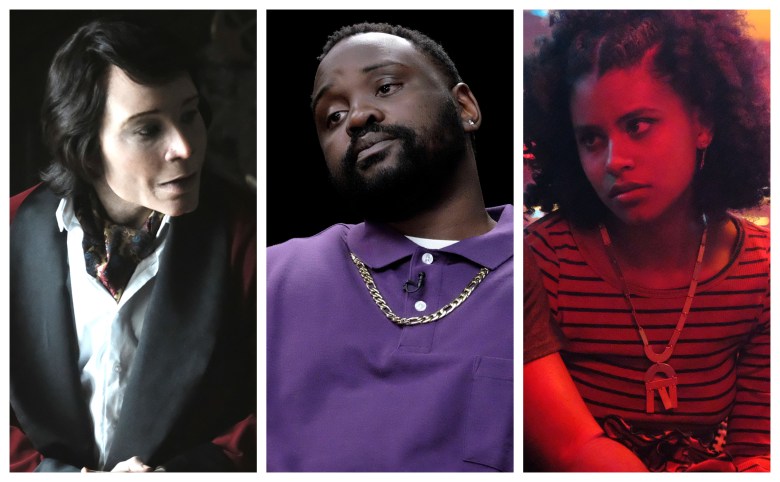 There’s no denying that Donald Glover is a creative force to be reckoned with, given his recent triple-threat achievements in the fields of television (“Atlanta,” “Saturday Night Live”), music (“The Is America”), and movies (“Solo: A Star Wars Story”). With FX’s “Atlanta,” he proved that he’s not just a strong and compelling storyteller, but an important one as well.

In his first effort conceiving a TV show from the ground up, Glover created a highly personal and yet universally appealing series. Full of humor, strange surreal moments, social insight, the threat of danger, intriging performances, and gorgeous camerawork, “Atlanta” easily nabbed two Golden Globes and two Emmys in its first outing. In its second season, the comedy elevated itself to must-watch television and could snag several more trophies.

While the show contains some serialized elements as it follows the lives and careers of Earn (Glover), his cousin Alfred (Brian Tyree Henry), on-and-off girlfriend Van (Zazie Beetz), and pal Darius (Lakeith Stanfield), each episode also plays as a standalone piece as well. In some cases, such as with “B.A.N.” and “Teddy Perkins,” viewers feel as if they’d entered an alternate universe.

To celebrate the artistry and vision behind each of these episodes, IndieWire decided to assess each individually and rank them. So far, there hasn’t been a really bad episode, and thus many of these appraisals will be nitpick-y or focused on degrees of excellence, along with the odd wildcard element. It’s up to you whether you’re watching them sequentially or as a one-off experience, but these rankings will be here as a guide.

[Editor’s Note: The following contains spoilers from the first two seasons of “Atlanta.”] Zan (Freddie Kuguru), the #ZanSexual living that #ZanLife, is supposed to be annoying and boy howdy is he ever. The social media disciple is as manic as Alfred is chill, which is where the two butt heads when he disses Al in a post. Although this is not the only episode that has dealt with the issues caused by the intrusion of social media in our lives, it’s the bluntest and least nuanced. In a separate storyline, Earn is desperate for cash and decides to sell his phone, which leads to a curious turn of events where Darius instead convinces him to use the cash to buy a samurai sword. The results of this purchase carries over into Season 2, but more importantly, it leads to a moment that reveals Darius’ sympathetic nature. “We’re friends now.” It’s a moment of sweetness in an otherwise troll-driven episode. “Sportin’ Waves” deserves credit for its sneaky nod to “BoJack Horseman” alone, but there’s obviously much more going on beyond Tracy’s (Season 2 addition Khris Davis) perplexed musings about how long he can keep watching that depressed cartoon horse. For one, it introduces Tracy as a con man; no matter what he’s doing, he’s trying to hustle someone. He gets Earn a gift card to the mall that’s valued at twice what he pays. He steals shoes for a job interview because he knows they can’t chase him out of the store. He even lies to the man who’s considering hiring him, up until he doesn’t get the job and shows his true colors. There’s a false core to Tracy that runs through the episode, even when he understands just enough to get by. Earn is the opposite. He’s struggling to live the life he wants, but he’s sound in his understanding of how the world is supposed to operate. “Sportin’ Waves” introduces a test of wills between the two men that run throughout the season. Which one of them will survive and why? Like Paper Boi’s overly complicated search for a weed dealer who won’t take advantage of him, there are some things that shouldn’t be as hard as they are; and yet, this is “Atlanta.” Everyone’s got to figure out their own way to get by. A fever dream of an episode, we get to see Van trying to balance so many factors in her life — her lingering attachment to Earn, her life as a mother, and her honest desire to get that selfie with Drake. The sad, disappointing turns taken by this installment remain fascinating, especially as anchored by Zazie Beetz’s performance, anchoring Van as eternally skeptical yet also at times optimistic about life and what may come. it’s a beautifully surreal experience, one we’re glad Van got to enjoy…Even if Drake didn’t show. Every installment of “Atlanta” is a journey in some way, but there are a few that follow some literal ones. As Al makes his way around the city, first with a companion, then by his lonesome, it’s a prime opportunity for self-reflection. The line between Al and Paper Boi has always been a hazy one for the man at the center of that tug-of-war, and “Woods” gives the show the chance to let him examine it for himself. Through a day at the nail salon and into the forest to encounter some specters from his past, Al emerges from the other side of a harrowing experience with a clearer sense of where he needs his life to go next. From its opening episode, some of the greatest moments of clarity that “Atlanta” has been able to find come from characters simply walking around the city. As Al emerges somewhat from his own personal fog, this is no exception. It’s such a shame that a person named Earn Marks can’t seem to earn any marks. The third episode of the series really digs into how he’s barely eking out an existence. Why a guy who is literally homeless offers to take out his girl make no sense, but even less plausible comes the idea that she accepts his offer and then proceeds to order the most expensive items (market price!) on the menu. Many of us can relate to Earn’s struggles to economize, and the episode is funny in that cringe-y way. On the flip side, Alfred and Darius meet up to do a drug deal with the group Migos, who shoot a guy in the back as he flees into the woods. While this is obviously a fictionalized version of the group, it’s still a chilling example of how randomly and casually death is associated with drugs. The “Atlanta” Season 2 finale gave many of its standout characters a chance to speak, but really the episode comes down to Earn’s jaw-dropping realization about what he has in his backpack, after successfully getting his crew to the airport, and how he might use it to the advantage of Paper Boi. This gimmick-free episode digs deeply into Earn’s life status, from family to career, and the revelations that result are shocking, especially in the low-key way they unfold. There’s the classic principle, credited to playwright Anton Chekov, that if you put a gun on stage in the first act, it has to go off in the second. On one level, this episode paid tribute to that, and on another level it told Chekov to eff off. Either way, the moment deserves much respect. A study of masculinity that’s thorough enough to include its ludicrous immaturity, “North of the Border” finds Darius, Earn, and Alfred running around a college town in silk pajamas. Earn is trying to do things the right way. He tries to save money by housing the crew with a fan before Paper Boi’s performance, and he tries to settle a conflict with words instead of his fists. But that doesn’t work. His Season 2 nemesis, Tracy, keeps stirring the pot and causing trouble, but he’s not trying to think rationally; he’s responding to the moment, and he gets away with it because he’s strong, fast, and aware of his surroundings. He doesn’t care about what’s right, only about what he needs. This puts the two of them in constant conflict (with Alfred as the affected bystander), and they ultimately have to throw down. Earn gives into his baser instincts and again comes up short. He can’t fight fair and win — a lesson taught throughout the season, culminating here, and that comes up big in the finale.

Continue to Next Page>>

This Article is related to: Television and tagged Atlanta, Donald Glover, FX