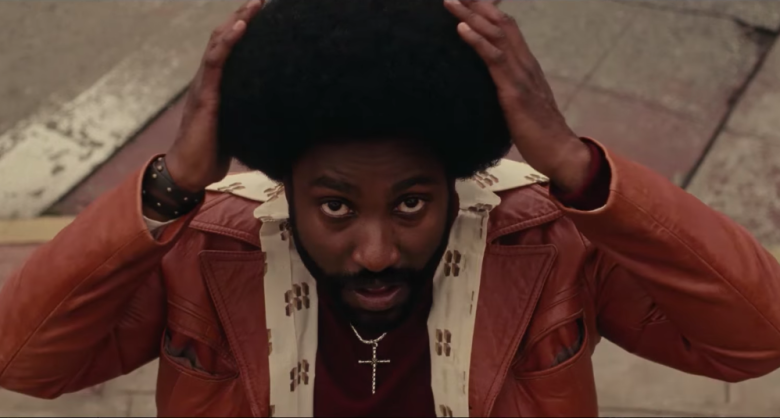 Spike Lee is tackling the Ku Klux Klan in his new film, “BlacKkKlansman,” but he’s doing so by telling a very unconventional true story. The director’s first narrative feature since “Chi-Raq” stars “Ballers” star John David Washington as Ron Stallworth, an African American detective who infiltrated a chapter of the Ku Klux Klan in Colorado Springs and managed to becomes its leader.

“The most outrageous part [about the film] is that it’s factual, that this happened,” Washington told Entertainment Weekly about the movie. “That’s why it’s so…everything in it, you’ll see, how extreme and eye-opening and surprising the events that happened are, but what tops it off [for] me, what makes it all come together, is that this really happened. This is American history.”

“BlacKkKlansman” also stars Adam Driver as Stallworth’s partner and Topher Grace as KKK leader David Duke. Stallworth contacted Duke over the phone and created a white persona that Driver’s character then assumed in person. The two worked together to gain inside access to one of the nation’s most hostile KKK groups.

“BlacKkKlansman” opens in theaters August 10 via Focus Features. The film is competing for the Palme d’Or at the Cannes Film Festival this year. Watch the first trailer below.