Simon Baker's confident debut is like "Point Break" remade as a coming-of-age drama. 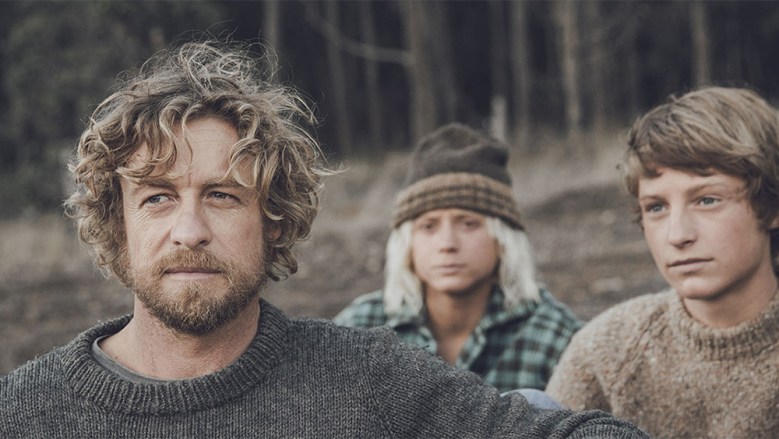 “Breath” doesn’t spend that much time on the water, but it reckons with each wave — from ankle-busters to groundswells — and every single one of them dares these young protagonists to prove something to themselves. Without belaboring the point, or betraying the soft touch of the Tom Winton novel on which his film is based, Baker carves the sport into a useful metaphor for that part of growing up when everything the world throws at you feels like a dare. No other film — not “The Endless Summer” or “Blue Crush” or even the immortal “Point Break” — has so lucidly distilled the basic appeal of surfing, the pointlessness and elegance of “dancing on water as if it was the best and brightest thing a man could do.” Likewise, no other film has so sincerely addressed the confidence it takes to make some kind of peace with the ocean and hang up your board for good.

“Breath,” like Winton’s book, is set in Western Australia at some point during the seventies; unlike the source material, however, the movie doesn’t go out of its way to point that out. We get it from Marden Dean’s hazy and delicate cinematography (shades of “The Virgin Suicides”), and we get it from the rustic vibe of coastal life. But it really doesn’t matter, because teenage boys like Pikelet (Samson Coulter) and Loonie (Ben Spence) aren’t living in the past. Even the occasional, reflective bit of voiceover — read by Winton himself — doesn’t distract from the basic primacy of being a kid, when it feels like every moment can define who you are even though you’ll live forever.

The boys are a pretty standard duo for a story like this. Pikelet is the reserved protagonist type, the audience surrogate to whom things just kind of happen. He comes from a loving home, and the great Richard Roxburgh gives a quiet but concerned performance as his workaday dad. Loonie is, of course, the polar opposite. A furious beanpole with a bowl of yellow hair and an abusive father, he’s had a rougher go of things — in a film that goes light on the schmaltz, there’s a touching scene when a sleepover ends with Loonie asking Pikelet’s mom for a blessing before bed.

The kids are naturally competitive, with Loonie always pushing Pikelet out of his comfort zone. The unhurried screenplay, co-written by Baker and “Top of the Lake” writer Gerard Lee, allows plenty of time for the two of them to create a familiar but wholly believable world between each other. That world is turned upside down the day they meet a retired surfer called Sando (Baker), a guru type who lives down by the water with his salty American wife, Eva (Elizabeth Debicki, continuing her ridiculous streak of being the best thing about every movie she makes).

It goes without saying that Sando is the coolest person that Pikelet and Loonie have ever ever met, and the boys don’t seem to question how willing the semi-retired mystic is to hang ten with two kids. There’s a real darkness hiding under the surface — not a violent or predatory sort, but still a void that teenagers shouldn’t be asked to fill. Maybe it’s just the lingering fear that Sando claims to have sworn off. He talks about a monster wave called Old Smokey as though it were an old friend, and is prone to saying stuff like: “Surrender is what frees you up to be completely in your mind.” And then there’s this dagger, unsheathed on the way down to the beach one day: “I wonder what the ordinary people are doing.”

The waves get bigger and bigger. Most of the movie is spent on Pikelet and Loonie competing for Sando’s respect and affection, though Loonie clearly needs it more. The focus isn’t on formative moments, as the boys move in and out of the top spot like the tides, and the film steers away from the obvious story beats. In fact, the focus isn’t really on anything, as Baker seems content to watch Pikelet drift towards maturity.

The rookie director hasn’t yet developed the eye to find meaning in every moment, and Coulter’s performance is too internalized to sell us on the full sweep of his character’s growth, but the understated approach invites a real poignancy to pool in the quiet moments. Nothing is overplayed, not even the surfing scenes, which expert lenser Rick Rifici shoots with the intimacy of a love scene.

The film’s actual love scenes are more disquieting affairs, as Eva comes to the fore in the second half. Debicki, shattering her sexual energy into a million broken pieces (much as she did so brilliantly in “The Tale,” though towards less malicious ends), emerges as a tainted teenage fantasy who’s defined by her scars and kinks. As giddy as Pikelet is to lose his virginity, Baker isn’t so sure it’s such a great idea — the camera is always wary, convinced that Eva is driven by a fear that might consume them both.

The tryst is a bit of a left-turn, and it threatens to knock the story off balance even though it’s telegraphed well in advance (breath control play can be a pretty tough thing for any movie to absorb). Baker’s debut isn’t entirely resistant to it, as the plotting grows a bit shaggier with every scene. But “Breath” is held together by the same fears that threaten to break Pikelet and Loonie apart, as everything that happens to them — no matter how unexpected — is bent towards self-understanding.

“Being scared is half the fun,” Eva tells her young lover, and he takes that to heart. “Breath” earns the undertow of emotion that carries it forward because it finds the fear in all of its characters, and convinces us that letting a wave go by can require even more courage than riding it.