Luke Skywalker is mad, y'all. 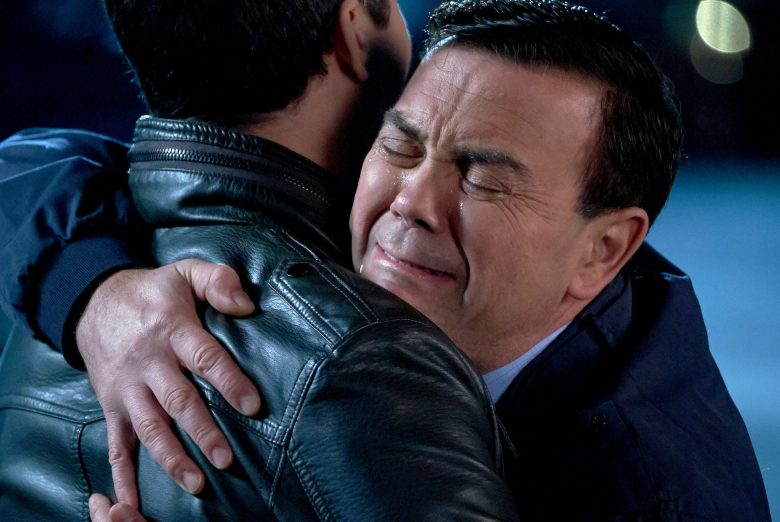 Of the shows that were canceled by Fox Thursday afternoon, the most online outrage came from closing the beloved precinct “Brooklyn Nine-Nine,” which had accumulated a loyal fanbase and strong critical praise over the course of five seasons. (“Last Man on Earth” and “The Mick” were also canceled.)

Naturally, Twitter was the nexus for conversation about the news, which included series co-creator Dan Goor and members of the cast sharing their thanks to the fans as well as expressing their sadness:

Wow. Thank you all for this incredible outpouring of support. #brooklyn99 fans are the best fans in the world. It means the world to me and everyone else who works on the show.

Squad, we love you. What a gift this series has been: it’s been my honor. Your sadness is noted. NINE- NINE! pic.twitter.com/qAcOYfpNZh

I love you fans. I love you squad. It has been an incredible five years. I’m so very lucky, so deeply thankful to have been part of a show that has brought so much joy to so many. NINE-NINE!❤️ #Brooklyn99 #renewB99

I am still processing… don’t have all the words.. but.. These last 5 years have been incredible. Thank you for all your love and support. We have the best fans. It’s been a huge honor to play Amy and be a part of this tremendous ensemble. NINE NINE! #Brooklyn99 pic.twitter.com/nmBFA2rm6I

Do you know what it means to be heartbroken?
Be. Cause. I. Do. https://t.co/LXUiQwA6QT

Writer Andy Bobrow (who also worked on “Last Man on Earth”) had a delayed reaction:

Hey guys, I'm having a great day, haven't been online much, slept late. Anyhoo, think I'll just go take a peek at Deadline, see what's the haps in the tv worl– WHAT THE FARTS??

I have a knack for finding myself on these blessed shows with amazing fans who support us like family. https://t.co/4FqdBunSON

In addition, the show’s more famous fans turned out in force (that’ll come back around in a second) to express their anguish. Tony winner Lin Manuel Miranda first spoke out:

Echoed immediately by “A.P. Bio” star Patton Oswalt (whose own show was granted a second season earlier this week):

And then Fox made the grievous mistake of pissing off the man who controls The Force, Luke Skywalker:

Seth Meyers took a moment to compliment the show’s writing staff (as well as “Last Man on Earth”):

News on @Brooklyn99FOX and @LastManFOX is a double gut punch. Two great shows with hilarious writing and terrific ensembles.

Truly, though, the most heartfelt tribute came from the band at the center of one of the show’s best cold opens:

Thanks for the memories, #Brooklyn99 😢 pic.twitter.com/BnmwCdb9RS

UPDATE: Add Guillermo del Toro to the list of mourners:

Reason #30: The world is better with this show in it. I love these characters and the healing good energy B99 brings. https://t.co/HXs6ct8bzv

We’ll update this post with more Tweets as they come in. The “Brooklyn Nine-Nine” Season 5 finale airs Sunday, May 20 on Fox.