"It’s our house, and I wasn’t going to let him come into our house and disrespect the crew, the other actors, myself," said the actress who plays Rosa Diaz. 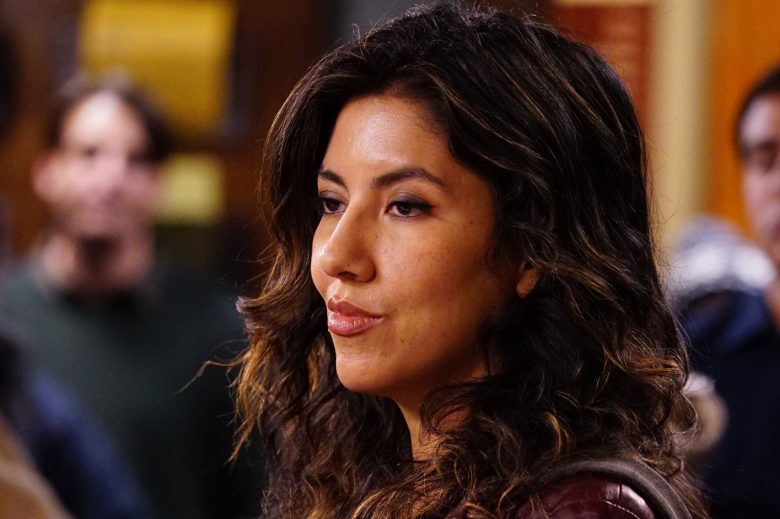 It may come as no surprise that “Brooklyn Nine-Nine” actress Stephanie Beatriz has no trouble speaking up when a man’s behavior crosses a line. In a recent interview with Vulture, the actress and LGBTQ advocate shared an anecdote that will sound all too familiar to many women in Hollywood, about an older male actor who was calling everyone “honey,” “babe,” and “baby” on set. (Beatriz did not share the actor’s name). Observing him interacting with the other women on set, Beatriz remembers wishing he would call her a name just so she would have a chance to respond.

“Sure enough once we hit set, he did speak to me that way, and I said, ‘I’d really prefer it if you called me by my name.’ And he was like, ‘All right, sweetie.’ And then I stopped and said, ‘No. I am actually serious. I am not sweetie. My name is Stephanie, and I’d like you to call me by my actual name.’ And he was a little bit of an older guy, and I don’t think he was used to anybody talking to him that way, especially not a young woman.”

It’s the kind of assertive statement many actresses might not feel comfortable making, but after many seasons on the show, Beatriz knew her “Brooklyn Nine-Nine” team would have her back. She went on:

“But that was our show. It’s our house, and I wasn’t going to let him come into our house and disrespect the crew, the other actors, myself. It was really great that I felt really supported in that. Everyone around me, the director that day, the crew, our creators, rallied around me and said, ‘Yeah. You did the right thing. Thank you for speaking up and making sure that you felt comfortable in your work environment.'”

Beatriz plays Detective Rosa Diaz on “Brooklyn Nine-Nine,” which was recently canceled by Fox before NBC picked it up for a sixth season. Beatriz is bisexual, which inspired the writers on the show to dedicate two full episodes to Rosa’s coming out as bisexual. Gina Rodriguez played Rosa’s love interest in the fifth season finale, which aired on Sunday. Read the full interview with Beatriz here.

This Article is related to: Television and tagged Brooklyn Nine-Nine, Stephanie Beatriz