Iranian Asghar Farhadi and his two Spanish stars collaborated with great attention to detail on an emotional family drama with universal appeal. 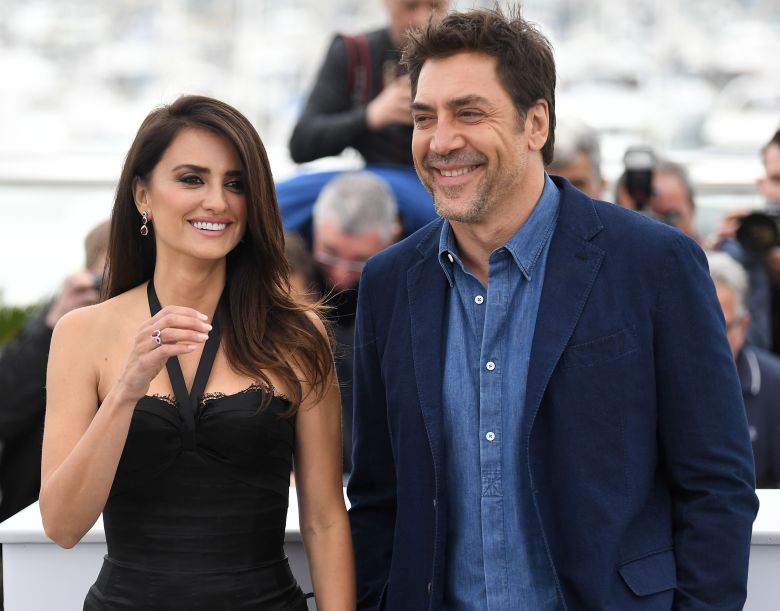 Penelope Cruz and Javier Bardem at “Everybody Knows” Cannes photocall

That’s the way Cannes is supposed to go: Debut your film on opening night at Cannes, sell it to Focus Features overnight, launch well in theaters in France, and meet cheers at the press conference the following day. Spain’s power couple Javier Bardem and Penelope Cruz (who have been working together since “Jamón Jamón” in 1992), anchor Asghar Farhadi’s kidnap thriller “Everybody Knows,” which they helped him to develop over five years. Part of the appeal for Focus was its potential for Hispanic audiences.

At the Wednesday morning press conference, the Spanish stars thanked their Iranian director, whose films have won two foreign-language Oscars (“A Separation” and “The Salesman”), for his hard work, attention to detail, and ability to listen and observe.

“He has a lie detector,” said Cruz, who saw the film for the first time last night and also shared that she and Bardem accepted equal pay for the work. “He sees through everything…He’s a wonderful observer…He was like a sponge in the way people live and people talk. How can he identify when we make a mistake in one line? He doesn’t have control over the language, he doesn’t sleep, he was memorizing all of our dialogues. He remembers all of our lines. You could never trick him or fool him. He was open to discussion, involved in every single thing.”

For his part, this is Farhadi’s third film in Cannes competition after France’s “The Past” (2013), and Iran’s “The Salesman” (2016), for which he won Best Screenplay. While exploring another foreign language and culture was again a challenge, said Farhadi, “I focused always on what was in common…human beings are not different depending on the culture when it comes to emotion…love, hatred, and anger are feelings we find in all four corners of the world. It’s just the means of expression that vary, that show how close we all are in fact.” Farhadi first met Bardem in L.A. and later, Cruz in Madrid. They all talked through various drafts of the movie on and off for five years.

“I wanted to make the film earlier,” Farhadi said, but returned to Iran to make “The Salesman” before coming back around to “Everybody Knows,” moving to Spain for two years to immerse himself before production. He collaborated with cinematographer José Luis Alcaine and his usual editor, Hayedeh Safiyari. Farhadi added that while the end result is very Spanish, the film has an Iranian soul.

“He’s produced one of the most Spanish films,” said Bardem, “Even more than a film by a Spanish director. He’s dedicated to his work, spares no effort with his attention to detail…What is important is that people know no borders…My character is caught up in a lot of emotions and feelings, he’s not intellectual, he feels despair and wants to do the right thing, not for himself but for others. This is different from honor. It’s generosity, not honor.”

The film has awards prospects here at Cannes for both three-time Oscar nominees (she won for Woody Allen’s “Vicky Cristina Barcelona,” while Bardem won for “No Country for Old Men”). Bardem already took home Cannes’ Best Actor for A.G. Iñárritu’s “Biutiful,” while Cruz is also in contention this Emmy season for playing Donatella Versace in “American Crime Story.”

Bardem and Cruz have learned not to take their roles home with them. “We both started very young in our twenties,” said Cruz. “Then, I felt that to torture myself and stay in character for months, the better the result would be. I have discovered that’s not true. To jump from reality to fiction many times in one day, I love that beautiful dance back and forth between both dimensions. This is work that we do, it would not make your life better if you use things from your private life. The fact that we know and trust each other so much really helps. It’s not something we do every two years. We do it once in a while, not too often.”

Despite the recent developments between America and Iran, Farhadi’s priority, he said, “is to make more films in Iran,” and to have “Everybody Knows” screen for the public there: “I don’t know if it will be able to be screened without being edited differently. I hope it will be successful despite what happened yesterday in Iran. People in Iran sent me positive messages when the festival opened with my film.”