When asked whether or not Weinstein should go to jail, Blanchett replied, "Well, I hope so. Statutory rape is a crime, the last time I looked." 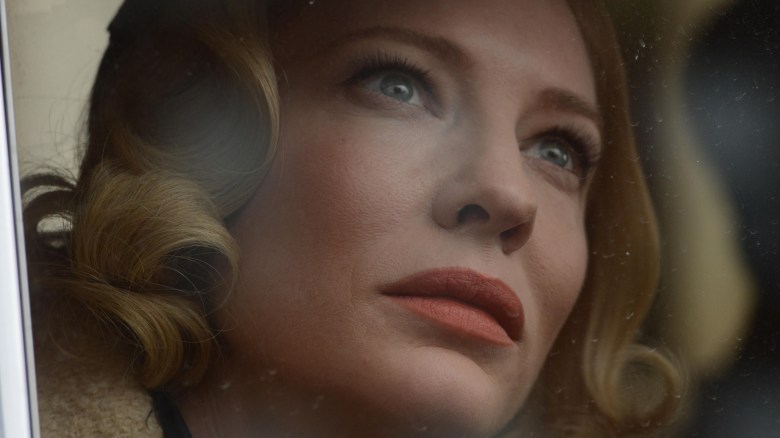 Ahead of leading the Competition jury at the 2018 Cannes Film Festival, Cate Blanchett sat down with Variety for a discussion in which she opened up about the disappointment she felt when Harvey Weinstein boarded “Carol” as a producer. The Weinstein Company was behind Haynes’ “I’m Not There,” which also starred Blanchett, but the actress says Harvey did not “understand” or “support” the film, which worried her when he joined “Carol.”

“Carol” was released in select theaters by The Weinstein Company on November 20, 2015, but it only grossed $12.7 million at the U.S. box office (via Box Office Mojo). The total wasn’t a disaster, but it was considered weak for a major awards release with universal acclaim, Blanchett in the lead role, and six Oscar nominations. Variety’s editor-in-cheif Claudia Eller told Blanchett that she heard from a “Carol” producer that Weinstein did not support the film, to which the actress suggested that Weinstein’s involvement behind-the-scenes did the film no favors.

“I was disappointed when Harvey was brought on as a producer of ‘Carol,'” Blanchett said in a video interview. “I didnt think he understood or supported Todd’s previous film, ‘Im not There.’ There had already begun to be a stink around him. I think his association maybe didn’t help the film [at the box office].”

Blanchett sees a silver lining, however, as “Carol” became a cult classic and attracted more fans via digital streaming options. The romance drama has been a Netflix staple for well over a year now.

“I’ve been stopped in the supermarket by more people about ‘Carol’ than I have with any other film,” Blanchett said. “If a film doesn’t necessarily linger at the box office, that doesn’t mean it won’t have a reach. There are so many platforms for people to encounter films now that our sense of a film’s success really needs to be a lot more elastic.”

As for the sexual harassment and abuse allegations against Weinstein, Blanchett answered “yes” when asked if the former studio head ever sexually harassed or acted inappropriately with her. She didn’t go into more detail, although she suggested that there was friction between them because she “wouldn’t do what he was asking [her] to do.” Blanchett continued by saying she hopes Weinstein lands in jail.

“Statutory rape is a crime, the last time I looked,” Blanchett said. “I think it’s really important that people get tried through the judicial system. It’s a really important arm of democracy that we must uphold because it’s under threat from a lot of different quarters.”

Blanchett added that Weinstein “was brought on as the producer on many films that [she] had absolutely no say on,” implying that it wasn’t just “Carol” in which his name being attached disappointed her. She did not disclose which titles she was talking about, though Blanchett did appear in Weinstein-backed films like “The Talented Mr. Ripley” and “The Aviator.” Blanchett said she didn’t have a “creative or functional relationship” with Weinstein and is positive nobody will be making films with him in the future.

Blanchett is gearing up for a busy 2018. After heading the Cannes jury this month, which also includes Ava DuVernay, Kristen Stewart, and Denis Villeneuve, Blanchett will star in the summer tentpole “Ocean’s Eight” opposite Sandra Bullock. Additional titles set for release this fall include the family horror film “The House With a Clock in Its Walls” and Richard Linklater’s “Where’d You Go, Bernadette?”

Head over to Variety to read Blanchett’s full interview.

This Article is related to: Film and tagged Carol, Cate Blanchett, Harvey Weinstein