The first sequel to 2016's smash hit delivers all the subversive goodness long promised by one of the Marvel universe's craziest heroes. 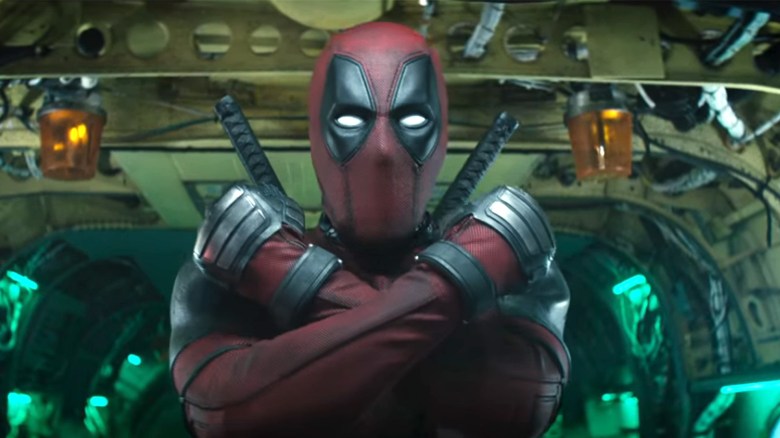 The first “Deadpool” — a long-gestating labor of love shepherded by star Ryan Reynolds — was a foul-talking, genre-bucking superhero alternative. Yet for all its f-bombs and flying limbs, the 2016 smash remained beholden to many tropes it tried to avoid, thanks to an origin story ripped from the comic-book movie playbook and a big final battle that tried to distract from its paint-by-numbers approach with lots of swear words and an obvious affection for its R-rated freedom. Like so many franchise-starting first films, “Deadpool” had to push through some necessary evils to get to the good stuff, fortunately, all that subversive goodness is on wild display in “Deadpool 2,” which delivers on the promise of the first film (and more).

David Leitch’s film establishes its franchise bonafides early on, digging into some classic Wolverine jokes (no one is more ticked off than Deadpool that he’s got another R-rated superhero movie to contend with), showing off Deadpool’s burgeoning mercenary skills (he was always good, but now he’s mutant good), and unspooling an already-convoluted timeline that requires the film to flip back six weeks earlier before it’s even finished its first 10 minutes (it will get even more complicated from there, and that’s before Josh Brolin’s time-traveling Cable shows up). The opening credits alone are stuffed with gags, sending up the look and feel of a classic James Bond opener, set to the dulcet tones of a Celine Dion jam written for the film and only crediting talent by wacky jokes (Leitch is “one of the guys who shot the dog in ‘John Wick'”).

“Deadpool” had a sense of humor about itself, but its sequel finds a way to make those jokes truly funny.

Still, it’s rough going at first. The first act rips by at a frenetic, uneven pace, hopscotching through at least four different set-ups that could spawn its own full-length feature. As soon as it seems that Deadpool has settled into one path — high-stakes mercenary work, gunning for revenge after a shocking tragedy, wallowing in his self-pity, even joining up with another famous mutant crime-fighting team — “Deadpool 2” zings off on another tangent. By the time the film settles into its primary storyline, the narrative suffers from a certain amount of whiplash, and it’s only after about another 20 minutes that the audience has some sense of where the hell this is going.

It starts to come together with young mutant Russell (Julian Dennison, proving his scene-stealing performance in “Hunt for the Wilderpeople” was no fluke), who has his own rage and daddy issues to spare. Deadpool sees something similar in the kiddo, and after a categorically bad run-in involving X-Men Colossus (voiced by Stefan Kapičić) and Negasonic Teenage Warhead (Brianna Hildebrand), Deadpool and the flame-throwing Russell end up in the maximum security “Icebox” prison, where very bad mutants go and presumably never return. And then Cable shows up.

Wisecracking and fourth wall-breaking as ever, Deadpool implores his viewers to not worry too much about the big baddie’s background — something about time travel? — and he emerges on the scene ready to tear some stuff up, including poor little Russell. A decidedly different villain than Brolin’s other big mean superhero, Cable has personal reasons for what he’s doing, and that’s perhaps where “Deadpool 2” stands out from the pack. Everyone in the film — from wild Deadpool to freaked-out Russell to crazy Cable to even Deadpool’s trusty taxi driver Dopinder (Karan Soni) — have clear objectives and motivations, wrapped in alluringly nutty packaging. “Deadpool 2” is outsized and absurd, but it also understands that the key to any good story is caring about the people within it. From there, you can do anything.

For “Deadpool 2,” that “anything” involves Deadpool putting together his very own X-Force, a motley crew of wannabe superheroes eager to get into a fight for no other reason than it sounds kind of fun. The standout is franchise newbie Zazie Beetz as the butt-kicking Domino, whose primary superhero skill is luck (“not very cinematic,” says Deadpool, just as Leitch unspools an on-screen representation of Domino’s gift that giddily upends that assessment). The film is rife with cameos of every stripe — not just famous faces showing up for unexpected gags (including one blink-and-you’ll-miss-him bit with one of Hollywood’s biggest stars), but also famous characters rolling out in ways that are earned (plus one tongue-in-cheek appearance in the X Mansion that’s just wild) — that add humor and forward movement to the film’s narrative.

The film is as violent as its predecessor — at some point, someone needs to count how many bones are broken during the film’s running time; my guess is triple digits — but now there’s a refinement to the bloodshed. The film’s action sequences run from large-scale, city-smashing adventures to hand-to-hand combat inside an apartment. Former stuntman Leitch knows his way around a challenging sequence, and it shows, even in a final stand-off that requires a ton of moving pieces (and people) and a maximum of time (it’s one of the few bloated bits in a fast-moving feature).

Need more proof that “Deadpool 2” pushes way past its genre into actual subversion? Look no further than its bonkers mid-credits scene, one littered with references and cameos and callbacks that also, gasp, genuinely impacts (and maybe even forever changes) the entire movie that played before it. It’s not just a dumping ground for tossed-off gags and vague references as to what’s coming next, it’s a world-changing dash that could easily have fit inside the film itself. Now that’s different.