Agnieszka Smoczynska’s solid second feature is a cold and well-observed amnesia drama, but it feels like a bait-and-switch after "The Lure." 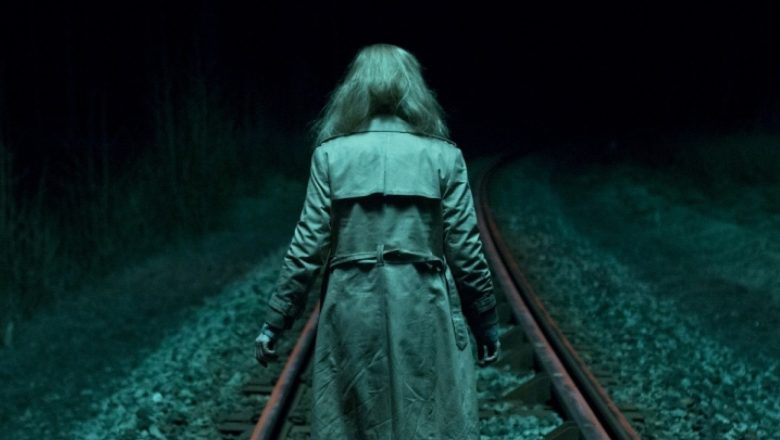 Arriving in the wake of her beloved goth mermaid extravaganza, “The Lure,”  Agnieszka Smoczynska’s disappointingly unadventurous second feature begins much the same way as her first. A mysterious woman surfaces from the underground darkness of modern Poland, grabbing our attention as she stumbles into society. But where the twin sirens in Smoczynska’s debut emerged from a fairy tale, the lost and confused heroine of “Fugue” materializes from the shadows of an unaccountable two-year absence. Her name — she thinks — is Alicja (screenwriter Gabriela Muskala), and the camera follows her as she walks out of a Warsaw subway tunnel in an atomic blonde trench coat, climbs onto the busy platform, and casually pees all over the floor.

Memory loss is one of the oldest plot devices in the world, which makes it ripe for some kind of reinvention. The opening minutes of “Fugue” not only suggest that we’re in for another grim and off-kilter portrait of femininity, but that Smoczynska is again twisting a very familiar setup into a ruthless piece of storytelling that plays by its own rules. That suspicion only intensifies during the surreal early scene in which Alicja is forced to appear on a call-in show so that someone might phone in and claim her as their own. Someone does: Her husband of 23 years (Lukasz Simlat). He says that her real name is Kinga. He takes her back to their house in the countryside, and he re-introduces her to their young son. He admits they were unhappy. Alicja doesn’t remember a thing, and she doesn’t seem particularly interested in trying. Refusing to play wife to a man she doesn’t remember having — or mother to a child she doesn’t remember raising — the sullen blank slate asserts herself as the coldest part of the frigid Polish winter. Her aversion to people is only rivaled by her aversion to underpants (not a side effect of her neurological condition so much as an unmissable reminder that she doesn’t give a fuck).

Alas, the surprises in Alicja’s story end there. While “Fugue” takes pleasure in scrubbing away the thick veneer of schmaltz that’s suffocated a number of movies with the same basic premise (remember “The Majestic”?), its hostility only takes it so far. Familiar questions of memory and identity swirl about, Muskala’s script evoking “Eternal Sunshine of the Spotless Mind” as Alicja and her husband start to fall in love after half-forgetting the fissures that drove them apart, but Smoczynska is too entranced by the void between its characters to look at it from a meaningful perspective. As compelling as it is to watch this splintered family grapple with the futility of trying to retrace their steps (Muskala is brilliant as a bitter pill, and even better when she starts to dissolve into something new), the film has so little faith in the process that it can only trudge forward until it’s time to admit defeat. It doesn’t help that “Fugue” never fully disabuses us of the idea that it’s a mystery. “I really don’t care who I was when I was with you,” Alicja tells her partner, and yet questions about who she used to be (and the traumatic event that changed her) hover over the story until the bitter end, by which point any plausible answer would feel unsatisfying.

Even in that dull reveal, however, Muskala sneaks in an unnerving piece of information. It’s par for the course in a movie that seldom lives up to its potential, but always remains tantalizing enough to make us wish that it did. Smoczynska is still a master of penetrating disquiet — the aforementioned television studio vibrates with a Lynchian emptiness that makes the very question of identity feel as unsettled as it should.

And it should go without saying few directors know how to use music as such a destabilizing force. It’s no wonder, then, that the best scenes in “Fugue” hinge on the soundtrack. The one that stands out is a hazy and spontaneous dance scene. Despite being so attuned to the painful dislocation of knowing that you’re not who you’re supposed to be, Smoczynska’s new film only really finds it rhythm when the right song is there to steer it home.

“Fugue” premiered in the Critics’ Week section of the 2018 Cannes Film Festival. It is currently seeking U.S. distribution.

This Article is related to: Film and tagged Agnieszka Smoczyńska, Cannes, fugue, Reviews