Does a beautiful and powerfully empathetic trans coming-of-age drama lose its value because its protagonist is played by a cisgender boy? 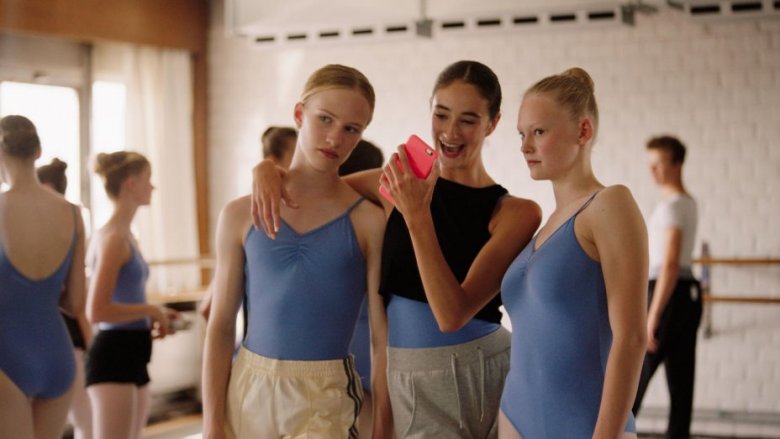 Cisgender audiences are confronted by an inescapable irony as they watch “Girl,” the arrestingly empathetic debut from Belgian filmmaker Lukas Dhont. Few narrative dramas (if any) have more sensitively explored the nuances of growing up transgender, the bravery required to transition, and the struggle for self-acceptance that can motivate or define that process. Likewise, few narrative dramas (if any) have more palpably distilled the pain of being deadnamed, the humiliation of being reduced to your body, and the cruelty of being misrepresented as something that you’re not.

So how do we, who can only share in such experiences second-hand, square all that with the fact that the lead character — a 16-year-old ballerina who’s impatiently waiting for her gender-confirmation surgery — is played by a cisgender male actor?

In an industry where straights play gays, gays play straights, and most see through the bullshit of strictly binary genders anyway, some people (and critics) were slow to recognize the pain caused by the casting in “socially progressive” movies like “Dallas Buyers Club” and “The Danish Girl.” After all, who needs transgender actors when you have Jared Leto? But times change, people wise up, and it’s becoming understood that — no matter how well intentioned a film might be — it’s dangerous and self-defeating for a work to obscure the same group of people that it’s ostensibly trying to push into the spotlight, particularly when those people are often relegated to the darkness. So how do we reckon with the absolute brilliance of Victor Polster’s performance as Lara, which doesn’t just pull off the appearance (as though the actor disguising his actual gender identity were the ultimate goal), but also creates a nuanced and self-determined character who aches with an irreducibly human thrum? How can we be expected to know that Polster isn’t trans, or retroactively process that information? He’s a far cry from the famous likes of Eddie Redmayne. In fact, this is the young dancer’s first role, which he landed after responding to a gender-blind casting call that was seeking a passably femme 15-year-old ballet phenom — with a penis — who has a hidden gift for acting. As anyone who’s seen “Center Stage” can attest, it doesn’t seem easy to find the whole package.

But is that reason enough not to make a film that so gracefully affirms the humanity of a group to whom such basic respect is often fatally denied? A film that functions as a valuable window for those of us looking in on the trans experience, and may double as a self-affirming mirror for those living it themselves? Should we be so quick to throw out the baby with the bathwater?

You’re going to have to answer those questions for yourselves. So far as this critic is concerned: Watching the movie made me better appreciate its virtues, and contextualizing it made me better appreciate its flaws (though good and bad are present in both situations). The first thing you register in “Girl” is that Lara is trans. The handheld camera, more excited by detail than composition, makes sure to notice the male architecture of her neck and chest. The second thing you register is that nobody in Lara’s family seems to care, and nobody outside of Lara’s family seems to notice.

Her adorable kid brother (Oliver Bodart) may be too young to remember her in any other way. Mathias (a lovably grounded Arieh Worthalter), her raggedy-looking single dad, couldn’t be more loving or supportive; comparisons to Michael Stuhlbarg’s character in “Call Me by Your Name” are probably inevitable until this becomes the norm. When Lara and her family move to a new city so that she can attend a prestigious ballet school, the cute guy who helps them unpack gives her a flirtatious smile. In real life, that could suggest any number of possibilities — in this movie, we know it means that she can pass (or more than pass).

Dhont’s script, co-written with Angelo Tijssens, establishes two parallel narratives from there. In one, Lara suffers and soars through her trial period at the dance academy, trying to her best to keep up with the other girls without alienating them in the process. In the other plot, Lara meets with various doctors preparing her for surgery, a process that involves multiple consultations. Inevitably, these storylines get entangled in all sorts of harrowing ways; gender may not be the defining aspect of someone’s identity, but it can be pretty hard to contain.

And in a film where most of the characters (most of the time) are refreshingly cool with Lara being trans, that puts the focus squarely on Lara herself. With the cruel exception of one very painful and well-drawn scene at a slumber party, Lara is left alone with her demons. Hers is a struggle with self-acceptance.

The other girls have no problem sharing a shower with her, but that doesn’t stop Lara from covering herself in the corner. Her ballet teachers never so much as acknowledge that she’s trans — even in terms of how a different musculature could affect her movements — but that doesn’t stop Lara from taping her penis down before every rehearsal, a ritual so masochistic that it starts to eat away at her body and jeopardize her upcoming procedure (“Girl” never shies away from showing the physical side of things, in regards to both sexuality and self-harm).

The therapist asks if she feels like a girl, and Lara shakes her head no. “You are already everything you will be then,” she’s told, but the wisdom is hard to internalize. These moments are where Polster is most brilliant, digesting his character’s disappointment in herself in a way that celebrates her bravery, while also reminding us that bravery doesn’t mean a damn thing to someone who’s just desperate to be themselves. “I don’t want to be an example,” Lara stresses, loud enough for us to hear. “I just want to be a girl.”

The fact that she’s so conventionally attractive might make the film easier to swallow for certain members of the viewing public, but it only seems to make things harder for her. A tentative sexual encounter reveals Lara to be like a pubescent asymptote — the closer she gets to her truth, the more clearly she can see the lie reflected off everything and everyone around her.

It’s a disequilibrium that “Girl” makes real and vital from its delicate prologue to its shockingly violent finale (a drastic misstep that’s easier to explain than it is to process). Every scene is raw with the anguish of adolescence, and the naturalistic performances — enlivened by Dhont’s casually intimate camerawork — only reinforce the relatively mundane nature of Lara’s ordeal. There’s a nagging concern that the film’s Dardenne-like sense of forward emotion sometimes limits our emotional access to Lara, but that access isn’t necessarily ours to have. It may not excuse the relative aimlessness of the film’s final third, but the character’s isolation feels all too valid.

Whether the character herself is valid despite the actor playing her is a question that hangs over “Girl,” and will follow the movie for a long time to come. On the other hand, this isn’t just a trans story  — it’s also a broader story of becoming, and the bold steps required to get there. Even if Dhont’s debut doesn’t represent the final destination, it might get us a little bit closer to where we need to go.

“Girl” premiered in Un Certain Regard at the 2018 Cannes Film Festival. It is currently seeking U.S. distribution.

This Article is related to: Film and tagged Cannes, Girl, Reviews, Transgender