Jennifer Fox spoke to IndieWire about "The Tale's" six-year writing process, how it changed, and who it's for. 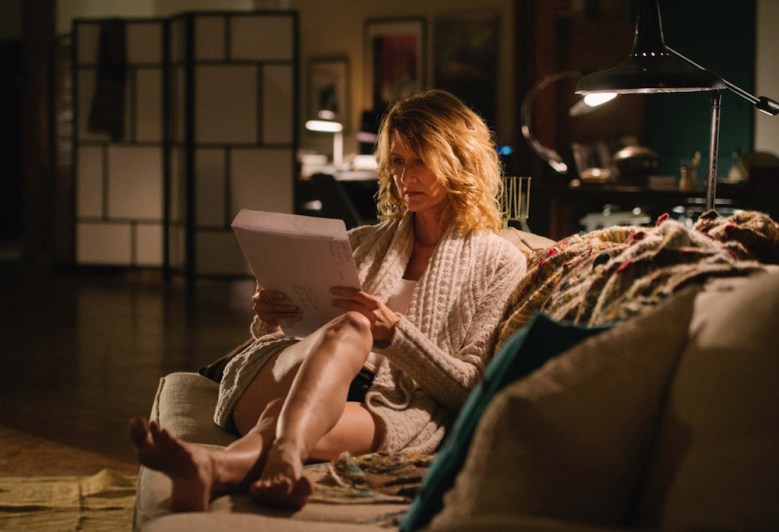 Laura Dern in “The Tale”

Jennifer Fox wants you to see “The Tale.” While most writer-directors are invested in finding an audience for their picture, Fox’s motivations are deeper. The new HBO film isn’t just her first feature as a writer and first scripted film as a director; it’s her own story, crafted (and re-crafted) while she was living it, and meant to help the world understand the complex nature of childhood sexual abuse — abuse she experienced first-hand.

“My goal was to understand how and why it happened and to help other people and the world understand how complex and nuanced these events are,” Fox said in an interview with IndieWire. “That’s the purpose of this film.”

“The Tale” focuses on Jennifer (Laura Dern), a documentary filmmaker who’s forced to reassess an adolescent relationship with two coaches, a horse riding instructor named Mrs. G (Elizabeth Debicki) and her friend and track coach, Bill (Jason Ritter). Decades later, her mother (Ellen Burstyn) finds a letter Jennifer wrote as a kid detailing the events, and pressures her daughter into examining her past by interviewing old friends and delving into her repressed memories.

Fox’s desire for the film to be seen is why “The Tale’s” main character isn’t a veiled version of herself — hiding behind a different name or a similar profession — but a filmmaker named Jennifer Fox.

“I thought this film might die a horrible death if I didn’t leave my name on it,” she said, before noting her second fear: “I was really afraid no one would believe the story. Of course we know that child sexual abuse happens, but people really don’t understand […] that a child can love somebody that abuses them. I really felt that without me saying, ‘This really happened to me,’ the critics and the audiences at large would say it’s impossible. So for me to protect the film, I had to leave my name on it — just as much as I change everybody else’s name. I knew it from the beginning.” It’s also why she sold the film’s distribution rights to HBO after its Sundance premiere, instead of seeking out a more traditional theatrical release.

“I’m a realist, and I’ve been watching what gets theatrically released and does well, and generally they’re much lighter films than this,” Fox said. “I was really quite concerned with [whether or not] people would actually leave their homes to watch a film that, by then, they’d know was about childhood sexual abuse.”

Fox also said she was excited by how many more people would be able to access her film and by how quickly HBO was able to release it, “given the time and the movement and the moment.”

“Frankly, some people really felt they preferred to watch this film at home […] rather than a big cinema experience because it’s so emotional,” she said.

Fox spent over a decade developing the project from a draft she threw away in her 20s to a 250-page edition that was eventually whittled down to the existing film.

“I first wrote it all in the past tense — a straight, linear narrative,” Fox said. “That was sort of year one. I was making other films all during the writing, so it was written in my so-called ‘free time.’ Then I put it aside, and when I read it again, I said, ‘Oh, that is not the story I want to tell.’ It just seemed mundane. […] So when I really thought about it, what I really wanted to investigate is what I did with that story and how it was for me. I never even used the words ‘sexual abuse’ until I was 45. So I wanted to really make it about how that little girl created this adult […] and how the story she told about herself constructed the adult I would become. So then I was like, ‘How do you make a film about memory?’ and ‘How do you make a film about the past creating the present?'”

From there, with her mother pressuring her to find her abusers, Fox went on a journey that viewers will recognize in the film: She interviewed old friends who remembered what happened, as well as her mother and her partner at the time, who’s now her husband. Fox transcribed those conversations to preserve the discovery process, and she even sought out her coaches to see what they had to say.

“That took a really long time because the male coach, Bill [a fake name used in the movie], refused to meet me for several years, but he would talk to me on the phone. The female coach, Mrs. G, I met many times.” A lot of what Fox said she discovered plays out in the film: Though originally she thought she was the same person she was when she was 13, Fox said she realized “that 13-year-old would hate me now.” That led to scenes in the movie where the adult Jennifer would be yelled at by her younger self (played by Isabelle Néllisse). She also remembered, at the time, she felt old enough to handle an adult relationship, which resulted in one of the film’s most jarring moments: when Jennifer thinks she’s older than she was when she was abused. After seeing an older, more developed young woman at first, she disappears and a much younger girl is introduced.

“It was a way to externalize what most adolescents go through,” Fox said. “When you’re 11, 12, 13, 14, you think you can handle anything. […] I thought, ‘I’ll pay the price because I can handle it.’ And, of course, that’s the problem with adolescence: You can’t, but you don’t know. Then once you’re involved in something like this, it’s very hard to get out.”

“The Tale” is so unflinchingly honest, some viewers may be surprised there are no closing titles to explain what happened to Bill or Mrs. G, Jennifer’s abusers.

“We hid it pretty well,” Fox said. “We’ve changed names and even sports, by the way. There’s a lot of hiding going on — on purpose — because my goal, just like you hear Jennifer / Laura Dern say, my goal was never to ‘get them.’ […] It was never my goal — it might be my mother’s goal. In lieu of being able to do that, she got me to make the film, so that was her payback to them.”

The film echoes its creator’s wishes. It’s not structured around a courtroom battle or even an arrest. “The Tale” is meant to start a conversation, and that’s exactly why Fox wants it to be seen.

“The Tale” is streaming now on HBO. Visit the film’s website for more information on screenings, ways to engage with the film — including discussion packets for public and private viewings — and to make a donation toward the film’s global outreach and impact campaign.

This Article is related to: Television and tagged HBO, Jennifer Fox, The Tale