"Into the Dark" will release new "super-sized" standalone episodes every month, starting with a Halloween entry in October. 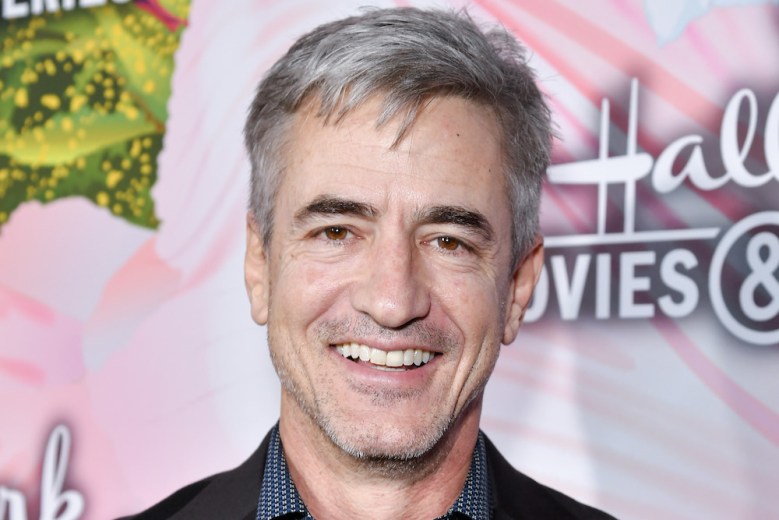 Running year-round, “Into the Dark” will release new episodes on the first Friday of every month. For anyone worried about a lack of content, don’t: Each standalone entry will be feature-length, essentially turning the series into a Movie of the Month club run by Blumhouse — the production company behind “Get Out,” “Insidious,” and “The Purge.”

The first episode, “The Body,” will be released October 5. Fitting with the series’ theme — each episode is inspired by a holiday from the month of its release — the debut episode is set on Halloween night and tackles selfie culture in Los Angeles. Here’s the official summary:

“The Body” follows a sophisticated, overconfident hitman who always carries out his work in style. He decides to take things even further one day by transporting his latest victim in plain sight, correctly assuming that self-absorbed LA partiers will simply be enamored with his elaborate “costume.” Eventually, as his window of opportunity to dispose of the body begins to close, Wilkes’ true colors reveal themselves to some groupies that have latched on to him. It becomes a battle of will and wits.

Starring Tom Bateman (“Murder on the Orient Express”), “The Body” is based on director Paul Davis’ short film of the same name. Davis co-wrote the feature-length script with Paul Fisher, and the rest of the cast includes Rebecca Rittenhouse, Aurora Perrineau, David Hull, and Ray Santiago.

Episode 2 is when Mulroney gets involved. In the November 2 release, titled “Flesh & Blood,” the actor will play Henry, a doting father trying to help his daughter, Kimberly, a teenager suffering from agoraphobia who has not left the house since her mother’s still-unsolved murder. Patrick Lussier (“My Bloody Valentine”) directs.

Read More:  ‘The Handmaid’s Tale’ Season 3 Is a Go, After Season 2 Doubles the Dystopian Drama’s Audience

Blumhouse’s independent TV studio has been busy making deals with an array of networks. A TV series based on “The Purge” is in the works for USA and Syfy, while Showtime picked up a limited series about Fox News founder Roger Ailes, “Secure and Hold: The Last Days of Roger Ailes.”

Founder Jason Blum has worked in television before. He executive produced “The Jinx” and “The Normal Heart” at HBO. He won Emmys for both programs, and he’s been nominated for two Academy Awards for producing “Whiplash” and “Get Out.”

“Into the Dark” is slated to premiere October 5. The news was part of Hulu’s annual upfront presentation to advertisers, held at Madison Square Garden in New York.

This Article is related to: Television and tagged Blumhouse, Hulu, Into the Dark