McKellen preferred acting on giant mountaintops during "The Lord of the Rings." 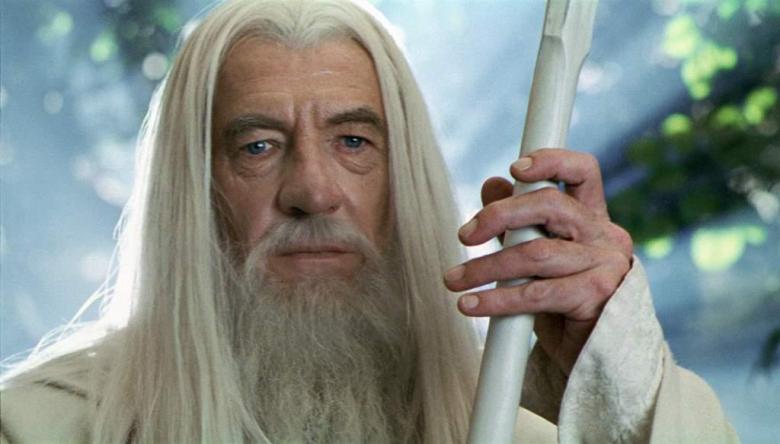 One of the major criticisms made against Peter Jackson’s “The Hobbit” trilogy is the over reliance on visual effects and green screens. Unlike “The Lord of the Rings” trilogy, which garnered acclaim for its practical effects and makeup, Jackson relied on VFX for many of the settings and creatures in “The Hobbit.” The decision made “The Hobbit” feel less grounded than “The Lord of the Rings” and more like a video game, and it’s a choice that not even Ian McKellen enjoyed.

“I was miserable,” McKellen told Time Out about predominantly acting in front of green screens during the making of “The Hobbit.” The actor brings up his frustration with the VFX work in “The Hobbit” during an interview in his documentary, “McKellen: Playing the Part.” When asked to elaborate on why “The Hobbit” made him miserable, McKellen told Time Out that he preferred the location shooting of “The Lord of the Rings.”

“It may be my impression but I don’t remember a green screen on ‘The Lord of the Rings,'” McKellen said. “If Gandalf was on top of a mountain, I’d be there on the mountain. The technology was being invented while we were making the film. [In ‘The Lord of the Rings’] I wasn’t involved in any of that, I was away acting on a mountain. I tend not to remember the bad times, but I don’t think there were any. I think I enjoyed every single moment of making those films.”

Along with Magneto from the “X-Men” franchise, Gandalf is McKellen’s most recognizable film role. He’s one of few actors to appear in both “The Hobbit” and “The Lord of the Ring” trilogies, and he’s keen on reprising the character should Amazon’s upcoming “Lord of the Rings” television series add Gandalf to its list of characters.

“I haven’t said yes because I haven’t been asked,” McKellen told Digital Spy last year. “But are you suggesting that someone else is going to play it? Gandalf is over 7000 years old, so I’m not too old.”

McKellen’s Time Out interview also includes the actor talking about being mistaken for “Dumbledore” actor Michael Gambon and his thoughts on gay representation in Hollywood. The actor most recently appeared as Cogsworth in Disney’s live-action “Beauty and the Beast” and has a voice role in the upcoming animated film “Animal Crackers,” in theaters later this summer. McKellen is currently filming “The Good Liar” with Helen Mirren. The drama reunites him with “Gods and Monsters” director Bill Condon.

This Article is related to: Film and tagged Ian McKellen, The Hobbit, The Lord Of the Rings